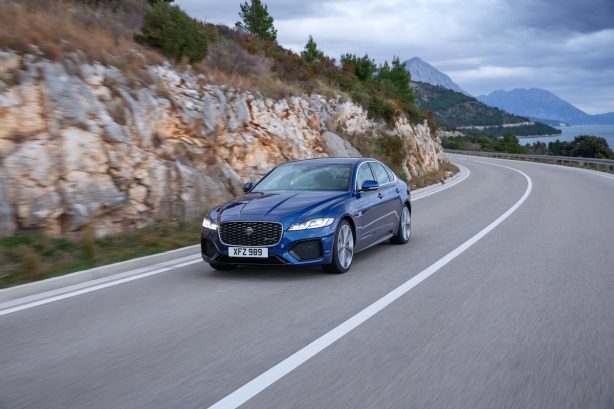 The Jaguar XF is unlikely to spring to mind or be a first choice for those looking for a mid-size luxury sedan but there’s a lot to like about this 2022 XF P300 R-Dynamic. With both diesel and supercharged petrol having left the building, the turbocharged petrol P300 is now the sole model in Australia.

Specified in the highest HSE trim and available only as a four-door sedan, Jaguar has thrown everything it has at the XF in a last-ditch effort to lure buyers away from rival premium European and Japanese competitors before the next-generation model’s switch to full electric power, in-line with Jaguar’s goal to be fully electrified by 2025.

Recently updated (again) to see it through its last few years, the slow selling XF is still a relatively handsome car even after all these years with a timeless wedge shape silhouette and excellent proportions.

There’s now a more aero-efficient front bumper, bigger air- intakes and slimmer LED headlights with new double ‘J’ DRL. The Jaguar ‘leaper’ logo is now laser-etched within the headlights and can be found on the side vents, too.

Around the rear, the rear bumper has been redesigned to enhance the XF’s stance and comes with an enlarged diffuser.

It’s always been a fringe player in Australia and perhaps its downward spiral has more to do with buyers’ unrelenting obsession with SUVs than the car itself, as it’s always been quite accomplished in the ride and handling department.

It could also be due to the outdated interior and connectivity, which we are glad to report, has been substantially updated in this facelift.

How much is the Jaguar XF?

Like it rivals, the Jag comes with a long and expensive list of options which we’ll come to below.

Is the Jaguar XF well equipped? 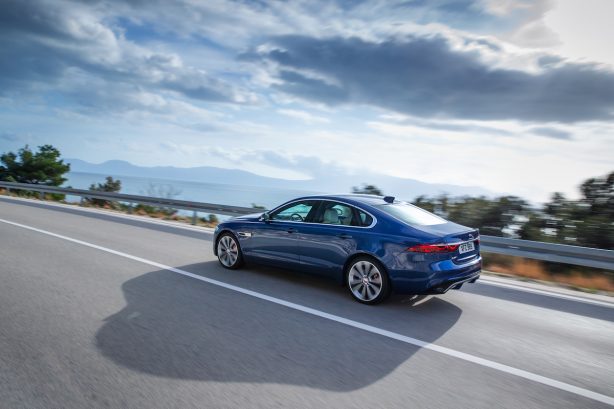 You’ll get most of the features you expect in a car and a few more in the XF, including:

On the infotainment and connectivity front, there’s:

NCE 08B is further equipped with the following options:

How safe is the Jaguar XF?

The Jaguar XF is currently listed as ‘unrated’ by ANCAP. However, the pre-facelifted model was a five-start crasher. 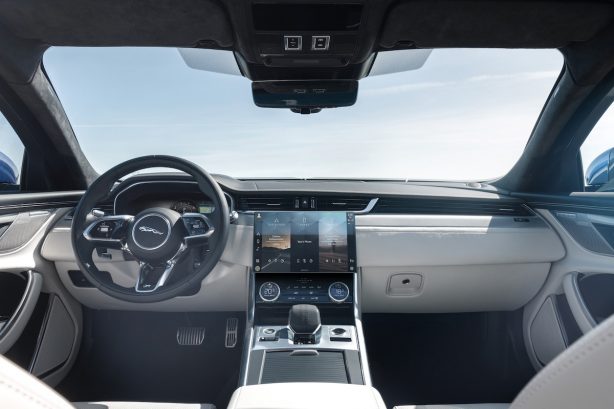 Sticking to the mantra of don’t fix it if it ain’t broke, Jaguar has wisely spent most of its development budget on the aging interior knowing that that’s where buyers are more focused on these days.

JLR’s new ‘EVA 2.0 electronic vehicle architecture’ has finally made its way to the XF, supporting the brands dual sim infotainment system and over-the-air tech along with AI to learn driver’s habits for media, phone and comfort settings. It’s a major step up.

Taking centre stage is a massive 11.4-inch curved glass touchscreen that is chemically strengthened and coated to reduce glare and fingerprint marks. It’s also easy to use with most commonly used functions just two taps away from the home screen.

While the dual sims allow things like online routing and live traffic updates, we find the sat nav doesn’t do lane guidance as efficiently as Apple or Google Maps.

Elsewhere, the analogue instruments have also been banished for a more decade-appropriate customisable 12.3-inch digital display, while the gorgeous steering wheel caps off the thoroughly overhauled cabin. 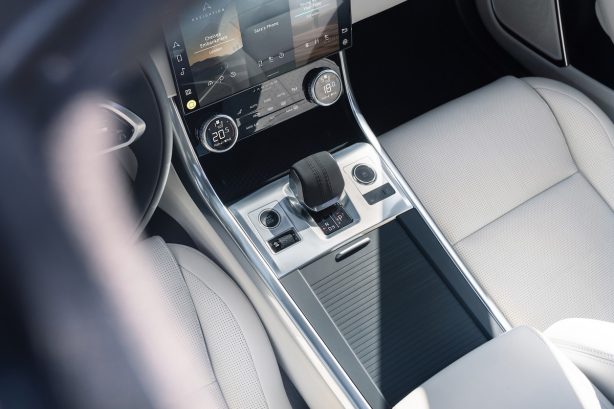 Thankfully, Jaguar designers have left us with the rotary controllers for the climate control instead of having to poke the screen to change temperature. Speaking of which, the system comes with an air ioniser to remove allergens and particles.

However, the lack of wireless Apple CarPlay/Android Auto is a big letdown on a six-figure luxury car and its 459 litre boot capacity is about average.

Overall, the crisp and clutter free cabin is a vast improvement over the pre-facelifted model. 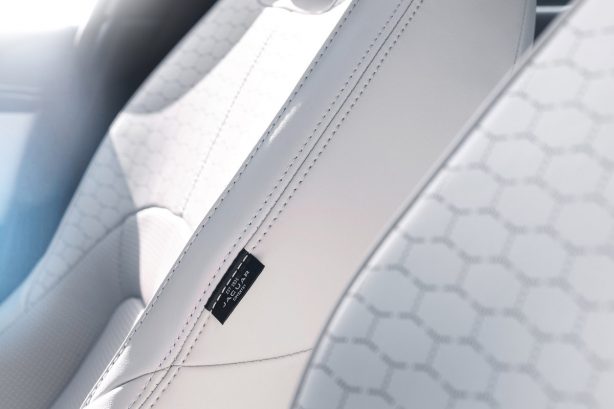 On the whole, fit and finish is good with all panels aligning properly as they should and most of the interior materials top-notch, including the expensive looking aluminium, although the centre console trim reflects the sun badly.

However, our tester had a few small niggling issues while on test.

The keyless entry stopped working on a number of occasions as we have to resort to pressing the buttons on the remote itself to lock the car instead of just touching the door handle.

The trip computer also mysteriously switched from kilometres to miles with no apparently reason one day.

Like we mentioned earlier, just one engine is on offer in Australia – a 2.0-litre four-cylinder turbocharged petrol producing 221kW at 5,500rpm and 400Nm of torque at 1,500-4,500rpm. It’s connected with an eight-speed automatic that sends drive to all four wheels.

The engine isn’t very sonorous at start-up or tickover but gets slightly better once on the move. It lacks the more solid and bassy noise that some rival four-cylinders make.

Jaguar claims the XF P300 is capable of dashing from 0-100km/h in 6.1 seconds, however, off the mark, it isn’t as punchy or responsive as one expects but the chubby mid-range makes up for it.

The engine is rated at 7.2L/100km in the combined cycle, though our test average saw it hovering around the 10L/100km mark on a mix of urban and freeway driving. 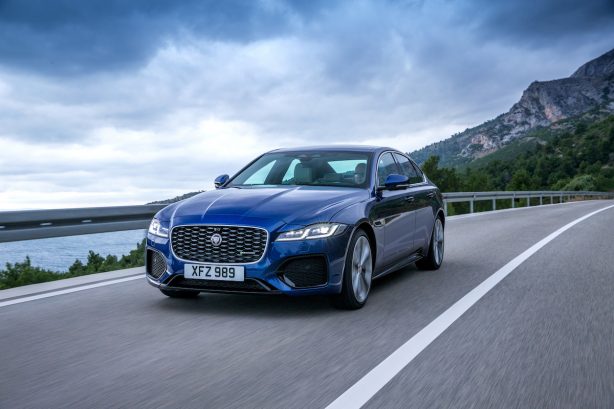 Jaguar has always been known for their ride and handling balance and the XF is no exception. The skilfully calibrated electric power steering is sharp and well weighted, and the way the XF soaks up road undulation makes it perfect for long distance cruising.

It corners with poise thanks to the expertly tuned double-wishbone front and multi-link rear suspension, while standard all-wheel drive ensures its sure-footed even when the roads are glistening with summer rain.

The powertrain feels refined though not very sonorous at start-up or tickover. Once on the move, there is little engine noise, helped by decent soundproofing and the active noise cancellation function.

There are various drive modes that are accessible via a very expensive feeling pop-up drive mode controller.

Jaguar has left the best for last. The new and upgraded interior has breathed new life into the aging model, and while the P300 might not sound all that sporty, it’s the way it handles that reminds us of what Jaguar does best.