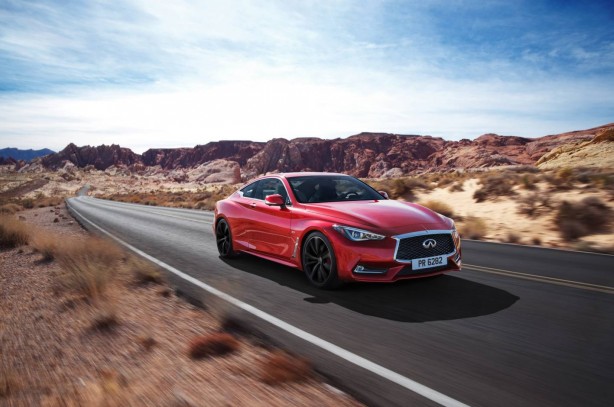 Infiniti has taken the cover off the new Q60 coupe at the North American International Auto Show (NAIAS) today. The production model, based on the Q60 coupe concept, will reinstate as the third-generation version of the company’s sports coupe.

Maintaining the distinctive lines and sharp angles of the original concept, the new Infiniti Q60 presents a bold exterior elegant yet expressive proportions and taut, crisp lines. Infiniti, Nissan’s luxury arm, is set to push for a lift in its brand appeal globally with the new Q60, which will pitch against the BMW 4 Series, Mercedes-Benz C-Class coupe, Audi A5 and Lexus RC. 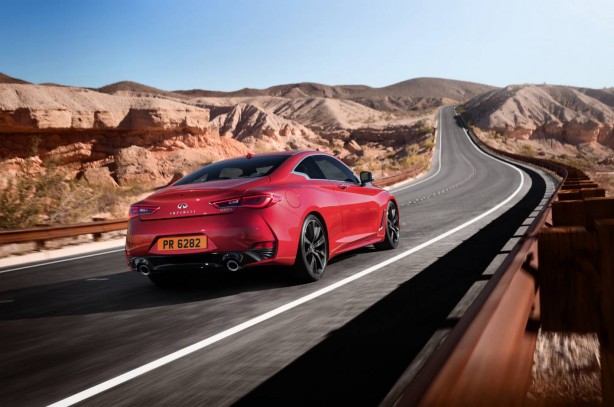 Under the glitzy sheet metal is an all-new powertrain – a high performance 3.0-litre twin turbo V6 engine from the company’s ‘VR’ engine family. The new V6 comes in two power ratings: 224kW / 400Nm or 298kW / 475Nm, with the latter offering one of the best power-to-efficiency ratios in the sports coupe class, according to Infiniti. 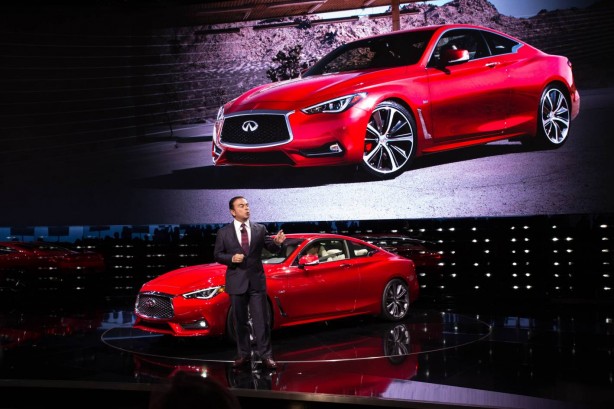 Power is channeled to the rear wheels through a seven-speed automatic gearbox. Infiniti’s second-generation Direct Adaptive Steering “steer-by-wire” system makes first application in the Q60 and is said to bring improved levels of steering feel and feedback. It offers drivers the option to personalise the steering’s precise responses to suit their preferences. 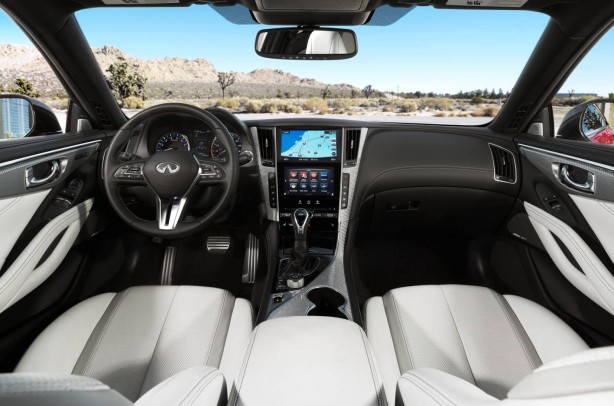 “The Infiniti Q60 conveys a powerful elegance through its daring design, next generation ride and handling technologies, and powertrains offering up to 298kW. The Q60 will attract new customers to the Infiniti brand and affirm our position in the sports coupe segment,” said Roland Krueger, President of Infiniti.

The Q60’s interior is largely based on the Q50 sedan. The base model gets aluminum trim, while a Blackwood option is also available. Sport and Premium models are available with carbon-fibre highlights, while a white leather interior package receives a silver carbon-fibre accent. Darker interior colors, including a sporty red leather trim, are matched with a black and violet carbonfiber accent. High-contrast stitching throughout the cabin increase the premium ambience and feeling of quality in the Q60’s interior. 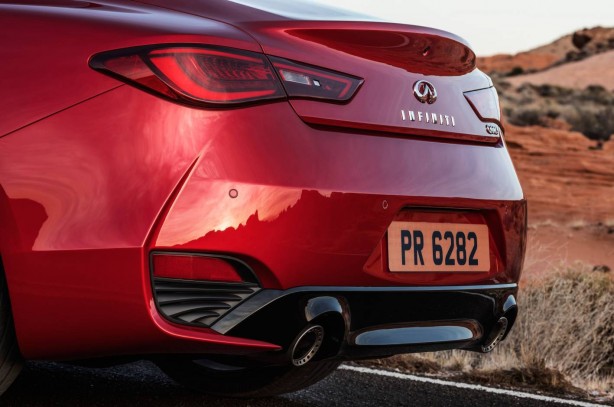 Active Noise Cancellation is fitted to all Q60 models, effectively preventing negative engine noise frequencies from intruding on the calm of the cabin.

The new Infiniti Q60 sports coupe will go on sale in selected markets, including Australia, later in 2016. 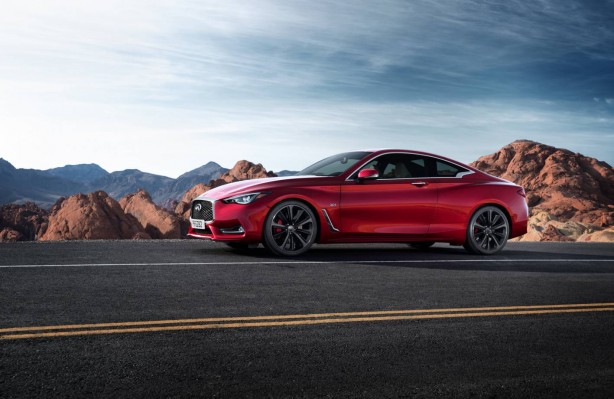 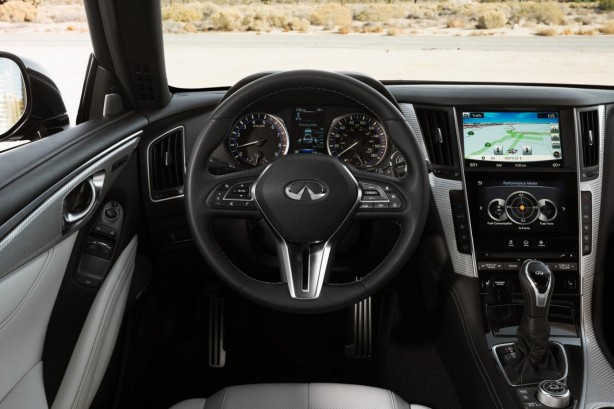 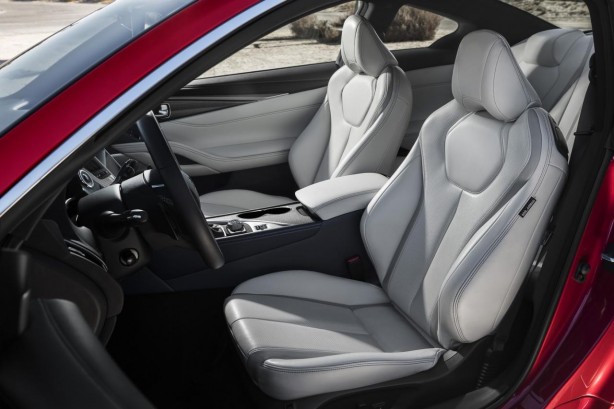