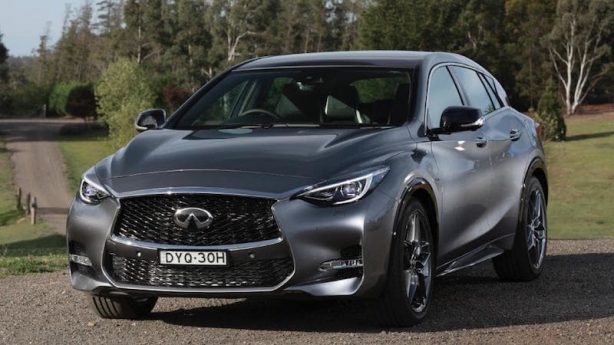 In a statement to the media, an Infiniti spokesperson noted that the decision to pull out of western Europe – an area its sales were waining in, seeing just shy of a 50 per cent drop in sales between 2017 and 2018 according to Car Sales Base – was made in order to “focus the brand on its largest growth markets, specifically North America and China.”

However, it was also pointed out that the decision “will have no impact on Infiniti’s ongoing operations in eastern Europe, the Middle East, and Asia,” with Australia being considered part of the latter market by the brand. 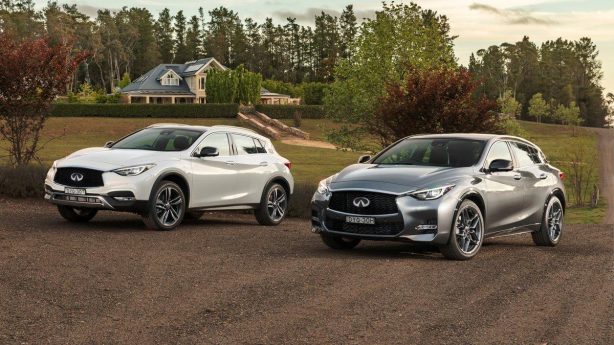 However, it isn’t strictly true that there won’t be any impact to be seen elsewhere in the world, as the company’s departure from western Europe means that production of it’s most-affordable Q30 and QX30 models, pictured together above, will cease in July, pushing the cost of entry to Infiniti ownership up significantly worldwide once remaining stocks have been sold.

Produced at Nissan’s Sunderland plant in the UK, the Q30 and QX30 were based on the last-gen Mercedes-Benz GLA and just a few months ago were updated for the 2019 model year, with the range simplified and prices cut. Around 250 jobs will be directly affected as a result of production ceasing.

Locally, the Q30 and QX30 cumulatively accounted for around one quarter of Infiniti’s sales in Australia during 2018, which only amounted to 649 units being shifted across the brand’s range. The Q30 Pure signified the most affordable car Infiniti sold in Australia, with a list price of $44,990. 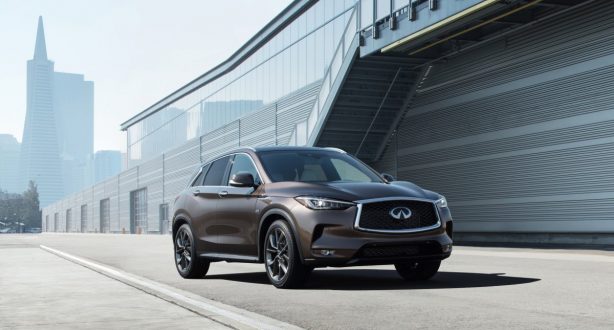 Looking ahead, the launch of the long-awaited QX50 couldn’t come soon enough for Infiniti’s Australian arm. Developed entirely in-house by Infiniti, it will be, as its numerical designation suggests, a larger car than the Q30/QX30.

However, the Volvo XC60 and Lexus NX rival will undoubtedly be a better car overall, with it set to sport a world-first variable compression ratio engine – a particularly innovative power plant using the company’s variable compression technology in a 2.0-litre turbocharged engine to deliver strong performance with supposedly diesel-like fuel efficiency.

But what will be Infiniti’s new cheapest SUV will be a big step up price-wise, with it expected to be getting on for the $70k mark when it lands later in 2019, although official pricing details and local specifications are yet to be announced. 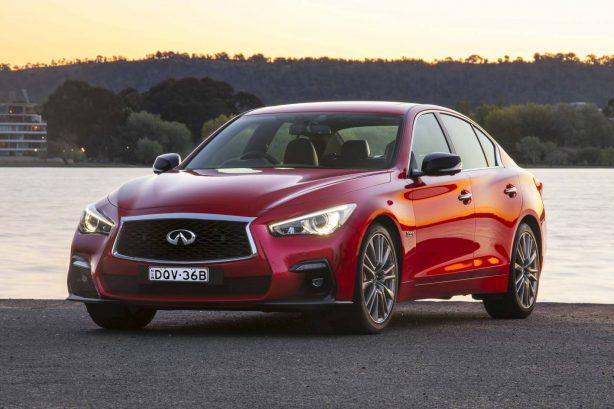 This means that the Q50 rear-wheel drive sports sedan, seen above in range-topping Red Sport guise, will become the new entry point to the brand, although its cheapest variant still commands a $10,000 premium over the axed Q30 Pure.

With the rest of Infiniti’s Australian range currently being produced in Japan, although the QX50 will be built in Mexico, it means that in addition to the Q50, the Q60 sports coupe, Q70 luxury sedan, and Nissan Patrol-based QX80 off-roader – shown below – are all still safe for now.

The future of the ageing QX70 large SUV, however, is up in the air. Although some examples are still sat in dealerships and it is still displayed on Infiniti’s Australian website, production ceased in 2017 and no clear successor has been announced. 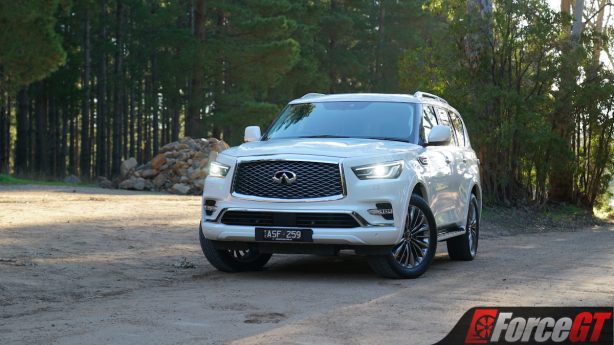