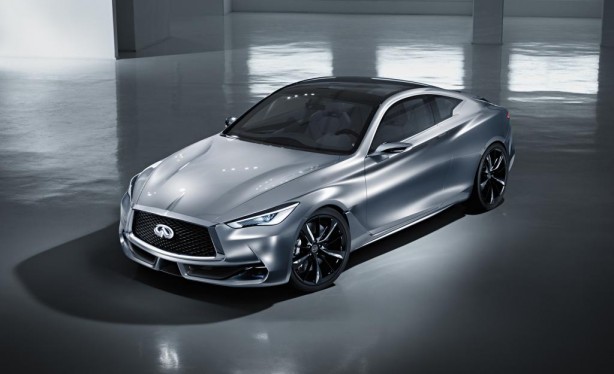 The Infiniti Q60 Coupe Concept has been unveiled in all its glory in a new wave of official photos, after the Japanese premium car maker teased us with a front quarter view of its upcoming BMW 4 Series rival.

The striking Q60 Concept is poised to entice coupe fans with its sharp contours and hand-crafted interior, while at the same time suggesting performance and power to match.

The production version of the Q60 Concept is expected to arrive later this year and will share much of its underpinnings and drivetrain with the Q50 compact executive sedan. 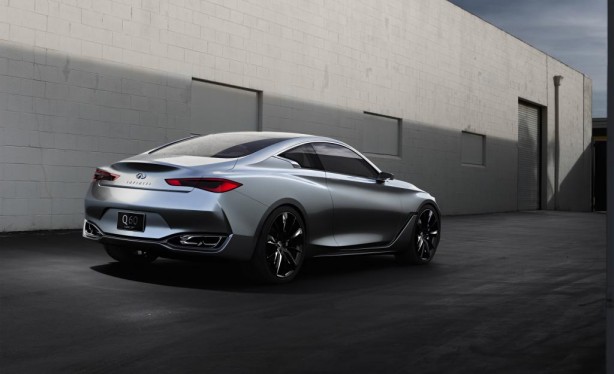 The new batch of images show the concept’s audaciously low roofline and heavily sculpted body panels, set off by a set of 21-inch wheels which take up the entire wheel arch. Its design is inspired by jet turbine blades, with black spokes in a combination of mattes and chromes.

The interior has been revealed for the first time and showcases the marque’s meticulous attention to detail. Heavily resembling the Q50’s interior, the 2+2 cabin features intensive use of quilted leather seats and carbon fibre accents.