Audi h-tron quattro provides a glimpse into the future 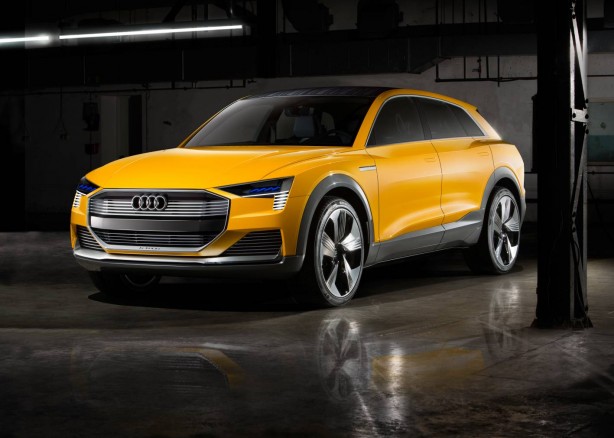 The h-tron Quattro concept is closely related to the Audi e-tron Quattro concept, which was first showcased at the 2015 Frankfurt Motor Show. Both are based on the second-generation modular longitudinal platform (MLB evo), which also underpins the current Audi Q7. 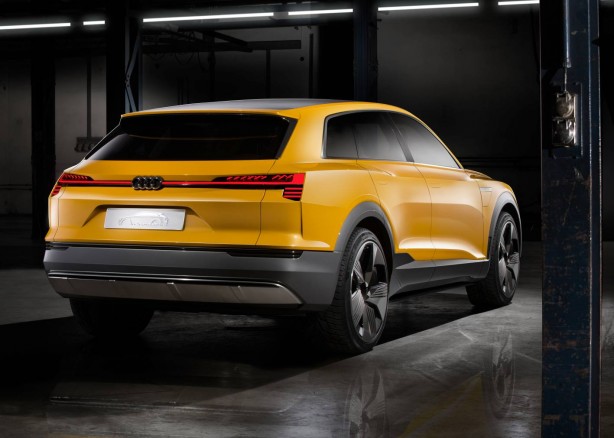 Underneath the stylish sheet metal is the 5th generation of fuel cell technology from Audi and Volkswagen, with lighter materials, improved performance, responsiveness, service life and efficiency.

According to Audi, its fuel cell technology now surpasses the efficiency of combustion engines, with an efficiency rating in excess of 60 percent. The ‘stack’ comprising 330 individual cells is housed in the forward structure.

The three hydrogen tanks are located beneath the passenger compartment or luggage compartment but do not impinge on the interior. At a pressure of 700 bar, they store enough hydrogen for a range of up to 600 kilometres. 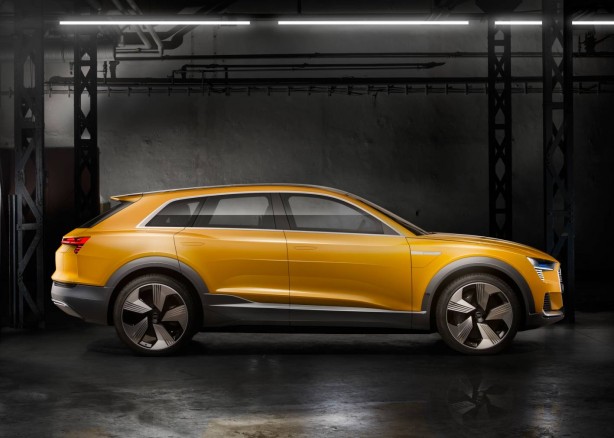 Every tank is made up of several layers – the inner tank from gas-tight polyamide is wrapped in carbon fibre reinforced polymer (CFRP) and fibre glass reinforced polymer (FGRP). Like a car with combustion engine, refuelling takes about four minutes.

A compact lithium-ion battery that supplies up to 100kW of power complements the fuel cell that develops up to 110kW. The battery, weighing less than 60 kilograms, is located beneath the passenger compartment to optimise the centre of gravity.

When the car is braked it stores the recovered energy. With 550 Nm of system torque, the Audi h-tron quattro accelerates from 0 to 100 km/h in less than seven seconds; its top speed is governed at 200 km/h. 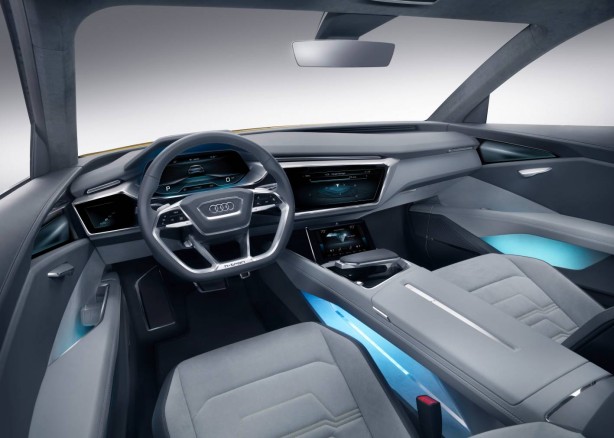 The power from the fuel cell and the high-voltage battery drives two electric motors – one located on the front axle and with an output of 90 kW, the other on the rear axle and developing 140 kW. This concept makes the technology study an electrified quattro. An intelligent management system controls the interplay between them as appropriate for the situation, placing maximum emphasis on efficiency. A heat pump for the interior air conditioning and a large solar roof that generates up to 320 watts, equivalent to adding up to 1,000 kilometres to the range annually, also boost efficiency. 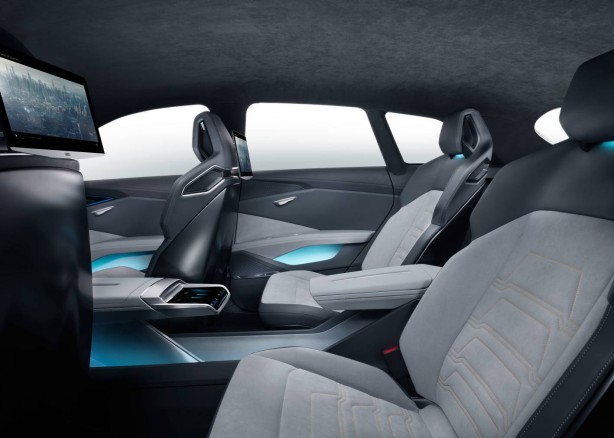 The piloted driving and piloted parking technology will go into production in 2017, with the next generation Audi A8.