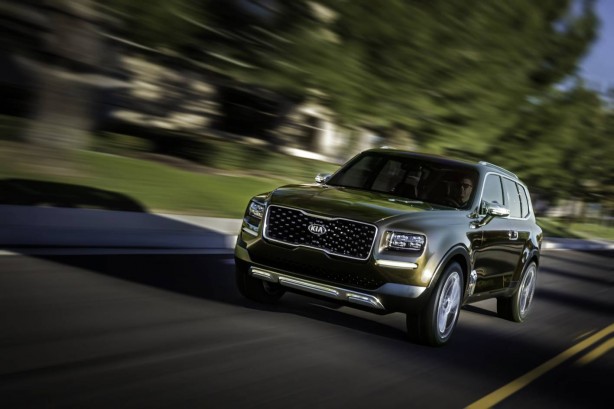 The Kia Telluride concept made its official debut at the North American International Auto Show in Detroit. The Telluride takes Kia’s design language in a bold new direction and suggests styling of a possible future of premium large SUV in the brand’s lineup.

The Telluride is a stunning three-row, seven-passenger, luxury SUV and features a modern/upright shape, muscular stance, and state-of-the-art technology. While the Telluride is a concept, it is based on an existing platform and reveals the brand’s interest in potentially offering a premium SUV positioned above the current hot-selling Sorento. 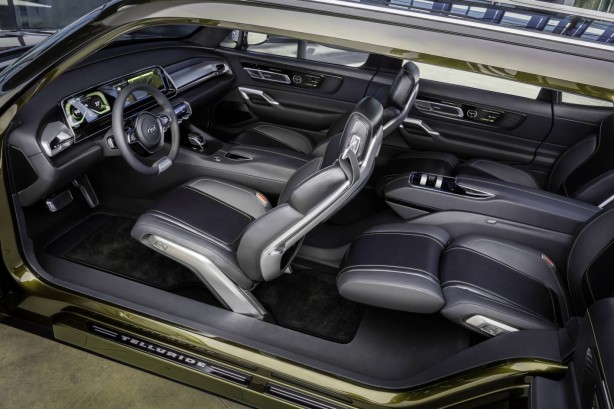 Telluride’s front doors and rear-hinged back doors swing open 90 degrees in opposing directions, creating an expansive and inviting portal into the panoramic interior space and revealing a technological showcase. Four beautiful black-leather seats appear to float within the spacious cabin in front of a folded third-row bench. The large cabin allows the middle seats to recline flat and include large fold-away footrests.  All four seats include a series of diamond-cut openings in the seat-back, each embedded with Smart Sensors to capture a passenger’s vital health information.

Once obtained, these vitals are displayed on the interior door panel screens, which then systematically synchronize with a Light Emitted Rejuvenation (LER) system. The LER system utilizes a massive, wing-shaped LED panel mounted beneath the oversized sunroof that displays a pattern of therapeutic light to essential treat the effect of jetlag, the system aims to improve the passengers’ energy levels during long trips. 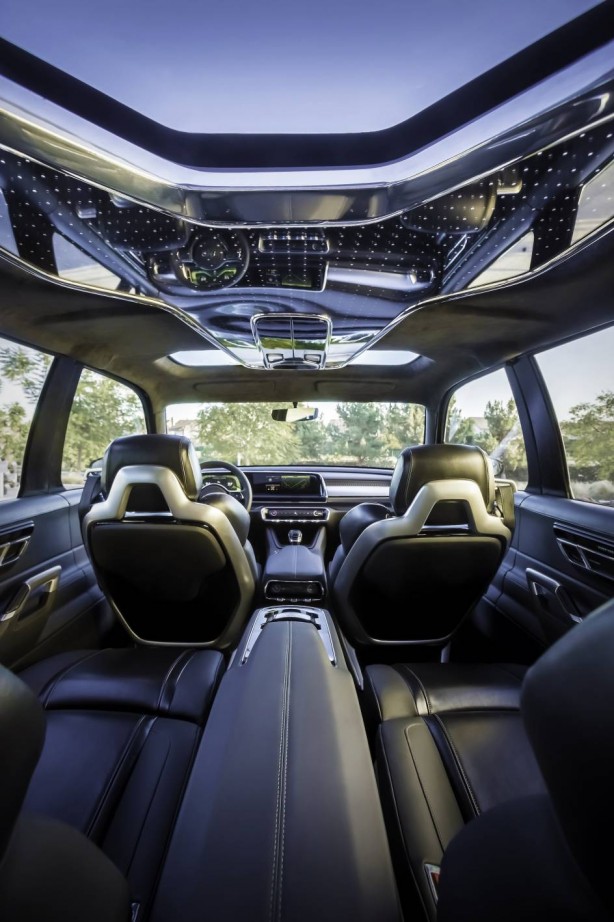 Another unique technology is the Swipe Command; a thin, touch-sensitive, interactive band mounted to the second row centre console which allows rear-seat passengers to quickly scroll and select desired media by simply swiping their hand.  The selected media is then played either through the seven-speaker Harman Kardon audio system, or via a set of portable Harman Kardon headphones that wirelessly charge when stored in the console.

It’s modern and muscular appearance is accentuated by flared fenders stretching around massive 22-inch five-spoke wheels wrapped in Hankook® Ventus ST 275/45R22 tyres.  Telluride’s front fascia incorporates a much larger version of Kia’s signature tiger nose grille, and its menacing face brings an attitude all its own with recessed quad-LED headlamps, pronounced horizontal LED indicator lights, and an aggressive polished-metal skid plate below the bumper. In the rear, thin vertical taillights align with the modern design language of the SUV, while consistent styling cues across the front and rear door handles, hood scoops and dual exhaust tips enhance the vehicle’s solid appearance. 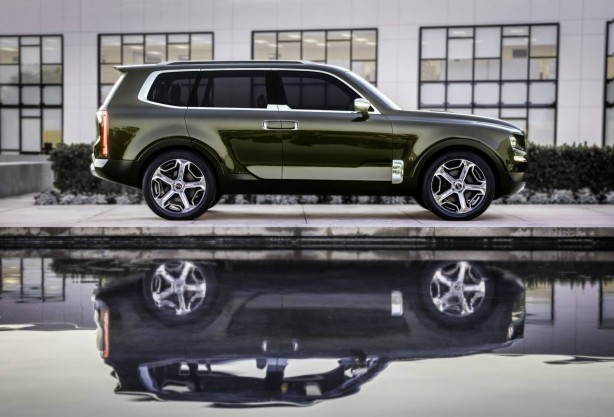 With an innovative combination of cutting-edge technologies, the Telluride’s powertrain offers both power and efficiency. A finger-print activated push-button start unleashes Telluride’s extremely efficient PHEV powertrain. Utilizing a 3.5-litre petrol direct injected (GDI) V6 engine and powerful electric motor, Telluride’s transverse-mounted powertrain combines to produce 298kW (201kW from V6 and 97kW from the electric motor) while achieving more than 7.84 L/100km on the highway. Power is routed to all four wheels via an advanced all-wheel drive system.