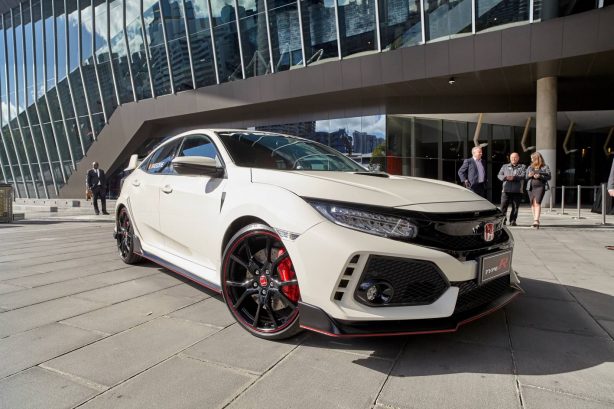 Honda has given fans in Australia a first taste of the new Civic Type R with its first public showing Down Under following its global debut at the Geneva Motor Show earlier this month.

The Civic Type R took the centre stage at a special event today in Melbourne in anticipation to a thrilling opening to the 2017 Formula 1 season this Australian Grand Prix weekend at Albert Park.

McLaren-Honda Formula 1 driver, Stoffel Vandoorne, had the privilege to get behind the wheel of the new Civic Type R. The young Belgian enjoyed a brief stint in Honda’s high-performance hatch.

“It’s a superb looking car and faithful to the ethos of what makes the Type R great — a superb engine, excellent dynamics and Honda’s proven quality and reliability,” Vandoorne said. “As a high-performance hatch showcasing Honda’s technological expertise, it’s also perfectly at home in the world of Formula 1.” 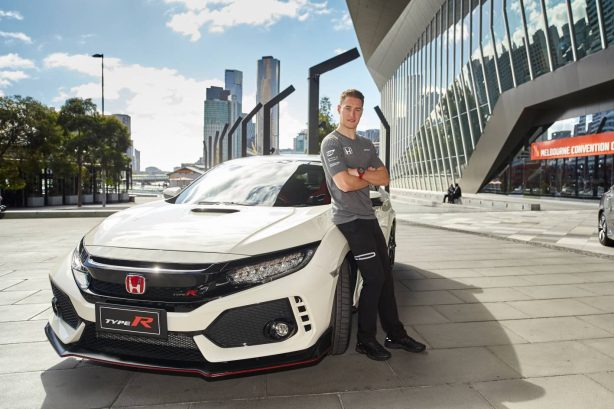 Based on the new Honda Civic hatch, the new Type R has been engineered from the ground up to ‘deliver the most rewarding drive’ in the hot hatch segment both on the road and on the race track, according to Honda.

At the heart of the Type R is Honda’s 2.0-litre VTEC turbocharged four-cylinder petrol engine from the previous generation (not sold in Australia) but optimised and refined to produce 235kW and 400Nm of torque. Throttle response and driveability are also said to have improved thanks to optimised engine control settings. The car’s six-speed manual now gets rev matching on downshift, too. 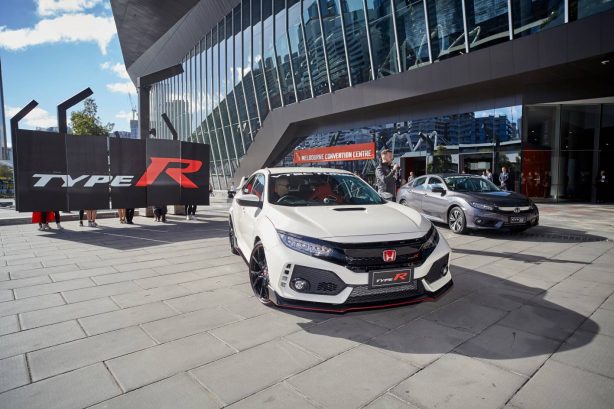 Flanking the Honda Civic Type R on its arrival at the Hilton Melbourne South Wharf were the Civic sedan and soon-to-go-on-sale Civic RS hatch.

Honda Australia Director, Mr. Stephen Collins, said having the Civic trio lined up for the first time, signaled to buyers that there were distinct models to suit the diverse Honda Civic customer base.

“We now have a defined Civic family look that unites all three models,” he said. “The sedan and hatch are bold and distinguished while the Type R justifiably represents the pinnacle of performance in the Honda Civic line-up.”

The Honda Civic Type R will hit showrooms across Australia in the fourth quarter this year. Pricing and specifications will be announced closer to launch. 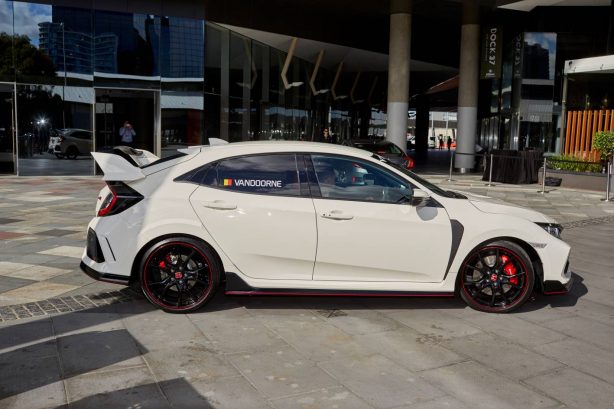