2017 Audi A5 and S5 Coupe pricing and specification announced 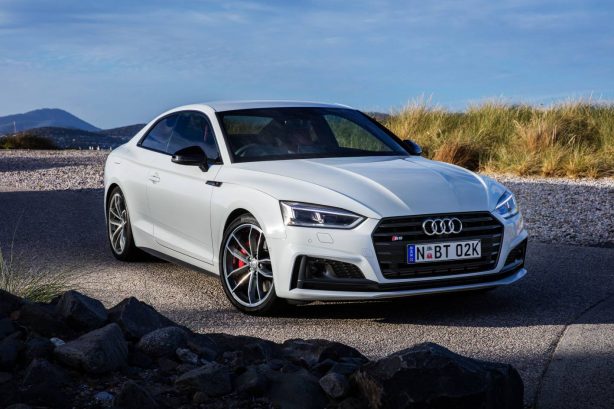 The second generation Audi A5 and S5 Coupe have landed in Australia boasting a four-tier line-up including the range-topping S5 before the RS 5 performance flagship lobs in sometime next year.

Arriving ten years after the original model went on sale in 2007, the all-new A5 brings an all-new chassis, advanced engines, and revamped infotainment features and driver assistance systems.

Sporting an evolutionary design, the new mid-size coupe retains the wave-shaped shoulder line that already characterised the previous model but comes with it a new bonnet, sculpted singleframe grille is significantly flatter and wider, new LED headlights and taillamps, and more pronounced wheel arches – a cue to the quattro all-wheel drive. 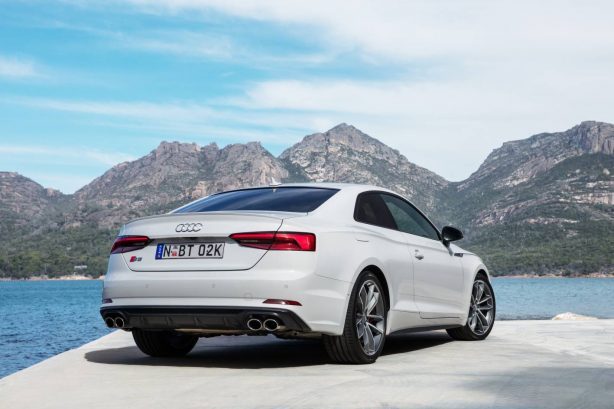 “The all-new Audi A5 Coupe is even more stunning than its predecessor,” said Andrew Doyle, Managing Director of Audi Australia.

“The original A5 set an impressive benchmark for beautifully resolved sports coupe design. To evolve its elegant simplicity into something more edgy was a formidable task for the Audi design team, but the end result is astonishingly good!

“It’s no surprise that loyal A5 owners, and fans of the new design that are turning to Audi for the first time, have voted with their feet. Before this week’s official launch, we already hold 500 orders for this spectacular vehicle,” said Mr Doyle.

The new A5 Coupe is up to 40kg lighter than its predecessor, with a contribution of 15kg coming from the body itself. The car maker claims the A5’s body is the lightest in class thanks to an intelligent mix of materials and lightweight design. With a drag coefficient of 0.25, the A5 coupé is also said to be one of the most aerodynamically shaped in the segment. 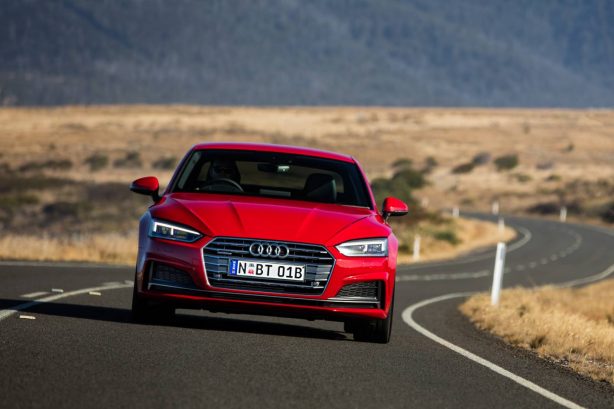 In Australia the new A5 Coupe is offered with three drivetrain options. The entry-level turbocharged 2.0-litre TFSI petrol engine drives the front wheels only, with the seven-speed dual-clutch transmission replacing the previous multitronic CVT arrangement. With 140kW and 320Nm the A5 2.0 sprints from 0-100km/h in 7.3 seconds, with average fuel economy rated at 5.5L/100km.

The other quattro models complete the A5 line-up. Both variants are equipped with all-wheel drive arrangement that employs a centre differential and a standard front-to-rear torque split of 40:60 respectively. Audi says up to 70 percent of the engine’s torque can be directed to the front and up to 85 percent to the rear during particularly dynamic driving conditions.

The more powerful 2.0 TFSI petrol engine delivers 185kW and 370Nm, propelling the coupe from 0 to 100km/h in only 5.8 seconds. The 2.0 TDI turbo diesel quattro drivetrain offers 140kW of power, with 400Nm of torque available from just 1,750rpm. Both engines are equipped with the seven-speed S tronic dual-clutch transmission as standard. 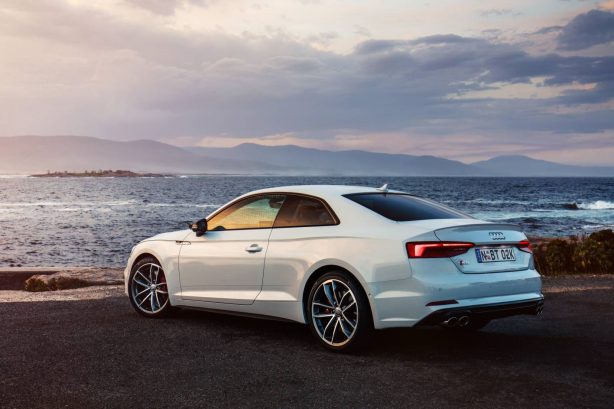 At the top of the line-up, the S5 Coupe weighs in 60 kg lighter than its predecessor. With a 3.0-litre turbocharged V6 engine that is an all-new design from the ground up, the new engine produces 260kW (up 15kW), while peak torque of 500Nm (up 60Nm) is available from as low as 1,370rpm. The engine itself is 14kg lighter than its predecessor’s supercharged powerplant, while fuel efficiency has been improved to 7.6L/100km.

Matched to a eight-speed automatic transmission and quattro, the all-new S5 Coupe sprints to 100km/h in just 4.7 seconds, 0.2 seconds faster than its predecessor. As an enhancement to the standard quattro driveline, it is also possible to option a sport differential on the rear axle that can apportion even more torque to the wheel with the most grip. This effectively ‘points’ the car towards the apex of a corner.

Adaptive dampers come standard across the range, offering a more comfortable ride, focused dynamics and everything in between via the Audi drive select system. The brake system on the S5 Coupe is suitably powerful, with 350mm ventilated front discs clamped by 6-piston calipers.

The all-new Audi A5 and S5 Coupe range are on-sale now.