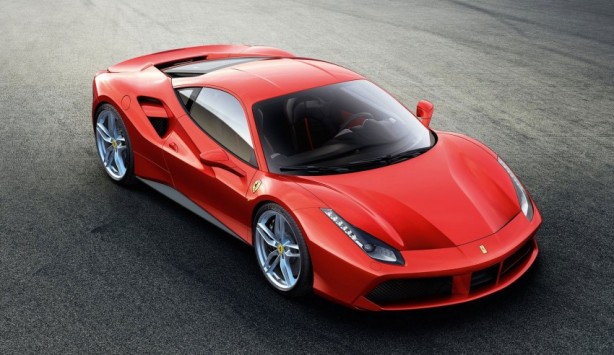 The Ferrari 488 GTB has made an early appearance, ahead of its official debut at the Geneva Motor Show in March. 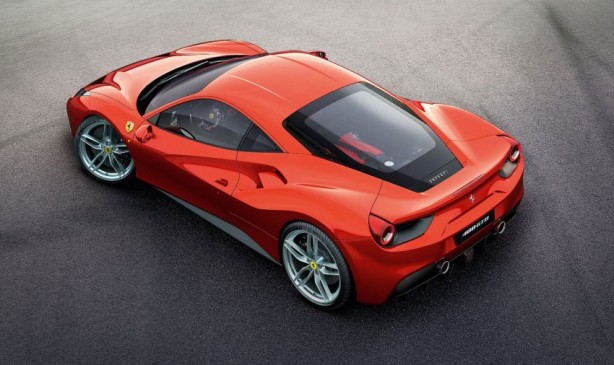 Power is sent to the rear wheels via a 7-speed dual-clutch transmission inherited from the 458, albeit revised and now features what Ferrari calls Variable Torque Management. The system is said to unleashes the engine’s massive torque smoothly and powerfully right across the rev range, while specific gear ratios deliver progressive acceleration when the driver floors the throttle.

According to the Italian company, the 488 has the best aerodynamics of a production Ferrari, thanks to 50% more downforce than its predecessor and reduced drag. 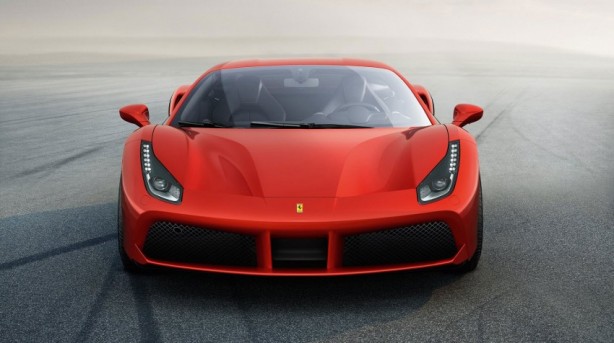 This comes in the form of a double front spoiler, base bleed side intakes and active aerodynamics coupled with a blown spoiler at the back. The latter works in conjunction with an aggressive ramp angle for the diffuser, which features active flaps. On top of that, the 488 GTB’s underbody incorporates vortex generators.

Ferrari claims the 488 is the most responsive production model of the company, with response times comparable to those of a track car.

The evolved version of Ferrari’s side slip angle control system (Side Slip Control 2 – SSC2) is more precise and less invasive, providing greater longitudinal acceleration out of corners.  Aside from integrating with the car’s F1-Trac and E-Diff, the SSC2 now also controls the active dampers which renders the car’s dynamic behaviour during complex manoeuvres even flatter and more stable.

Designed by the Ferrari Styling Centre, the new car features very sculptural flanks which are the key to its character. Its large signature air intake scallop is a nod to the original 308 GTB and is divided into two sections by a splitter. The wide front spoiler features a double profile to improve the thermal efficiency of the radiators positioned at the sides. At the centre two pylons are combined with a deflector which channels air towards the flat underbody. 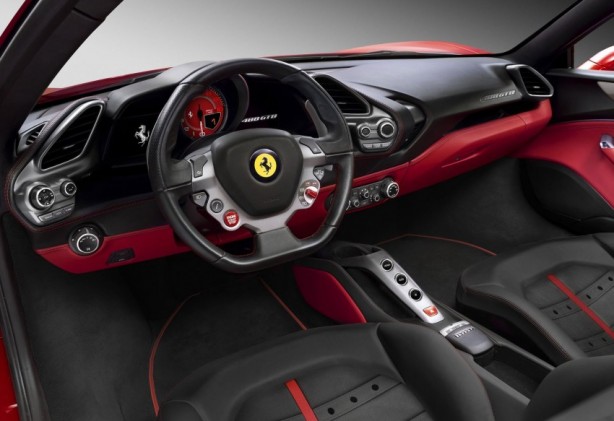 In the cabin, there are plenty of classic Ferrari styling elements too, such as the clear separation between the dashboard and tunnel, the multifunctional steering wheel, the control switch bridge and wraparound seats. The graphics and interface of the infotainment screen have also been completely redesigned while the design of the car’s new key takes its inspiration from the car’s cylinder banks and allows keyless starts.