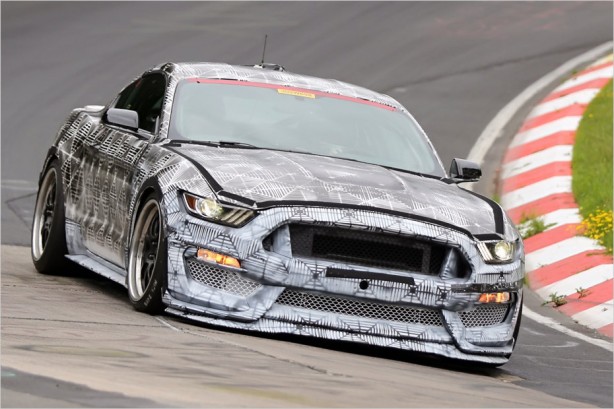 Here’s proof that Ford is playing with a more powerful version of the all-new Ford Mustang. Caught testing at the notorious Nurburgring circuit in Germany, the prototype is believed to be the much anticipated Ford Mustang SVT.

The new Ford Mustang was unveiled in 2013 and sales have yet to begin for what will be the first Mustang designed to be sold worldwide. The SVT version seen here is developed by Ford’s Special Vehicle Team (SVT). Expect a tweaked version of the 5.0-litre V8 from the standard Mustang to find its way under the bonnet of the Mustang SVT. 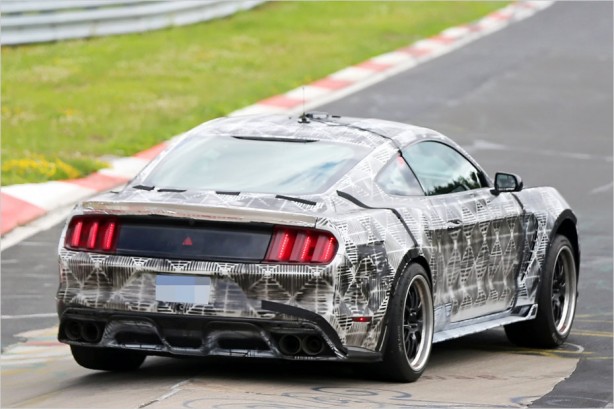 The standard V8 produces over 313 kW of power and 529 Nm of torque. The SVT will get even more, as evident by the aero bits on the prototype, including a front lip spoiler, ventilated bonnet, rear diffuser, side skirt extensions, and quad exhaust tips.