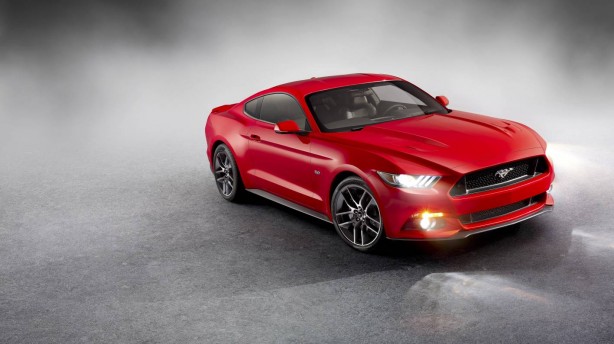 The all-new 2015 Ford Mustang has been simultaneously revealed around the globe overnight in six cities on four continents, including Sydney.

It will be the first time that Ford’s pony car is sold worldwide, with a range of engines to cater for every market, including a fuel-efficient 2.3-litre EcoBoost engine which will be available in Australia when the car arrives in 2016.

“The visceral look, sound and performance of Mustang resonates with people, even if they’ve never driven one. Mustang is definitely more than just a car – it is the heart and soul of Ford.” 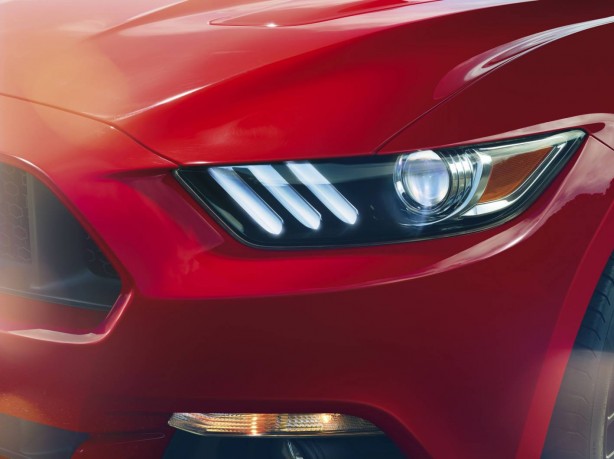 The new car is built on an all-new platform with a significantly stiffer body structure and features fully independent suspension system specifically optimised and tuned to achieve a world-class blend of vehicle dynamics and improved ride quality. According to Ford, this is expected to be the quickest and most refined Mustang yet.

At the front, a new perimeter subframe helps to stiffen the structure while reducing mass, providing a better foundation for more predictable wheel control that benefits handling, steering and ride.

The new double-ball-joint front MacPherson strut system also enables the use of larger, more powerful brakes. This is expected to be the best stopping Mustang yet, with three available brake packages.

At the rear is an all-new integral-link independent rear suspension. The geometry, springs, dampers and bushings all have been specifically modified and tuned for this high-performance application. New aluminum rear knuckles help reduce unsprung mass for improved ride and handling.

The geometry of the suspension has been tuned to provide twice as much anti-squat, anti-lift and anti-dive force at each axle to help provide a more level body under acceleration or braking.

“We already set a very high standard for Mustang’s dynamics with Boss 302, and our goal was to go above and beyond that with this new car,” said Dave Pericak, Ford Mustang chief engineer.

Mustang convertible drivers will appreciate the standard multilayer insulated cloth top that gives the car a more upscale appearance and a quieter cabin. The new top lowers twice as fast as before, and has a sleeker profile when folded for open-air motoring.

The information and controls an active driver needs are all readily accessible in the aviation-inspired cockpit, with large, clear instrumentation.

For the first time in a Mustang, the car is available with a fuel-efficient 2.3-litre EcoBoost engine that uses direct injection, variable cam timing and turbocharging to deliver 227kW and 407Nm. 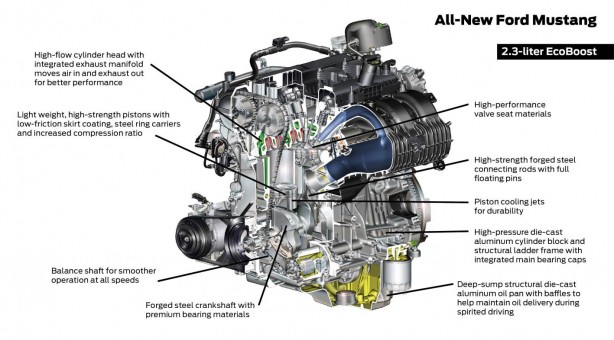 While the US also gets a 229kW and 366Nm 3.7-litre V6, Australians will instead get the throaty 5.0-litre V8 that features upgraded valvetrain and cylinder heads to yield more than 313kW and 529Nm. A new intake manifold improves low-speed breathing for better fuel economy, idle stability and emissions.

Both powertrains are paired with a six-speed manual with Hill Start Assist. A six-speed automatic with paddle shifters is available as an option.