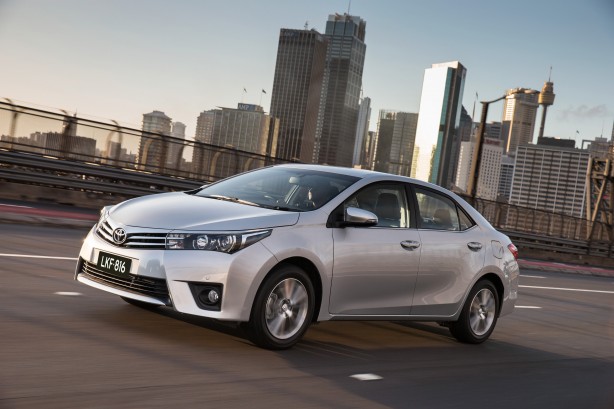 White goods on wheels; Grandma’s taxi; pensioner’s wheels. I could go on and on about how some describe the Toyota Corolla. However, if such sentiments reflect the majority view of the population, the “Rolla” would not have found home in 40 million garages worldwide since its introduction in 1966. A Corolla is built and sold somewhere in the world approximately every 27 seconds.

It is consistently one of the best selling cars in Australia and as of June this year, the Corolla was Australia’s best-selling car for the fourth consecutive month with 4,648 sales. Cumulatively, more than 1.25 million have been sold in this country.

So, why has a car variously perceived as one of the most unexciting cars in the world is also one of the best selling?

I spent a week with a 2014 Corolla Sedan to find the answer. 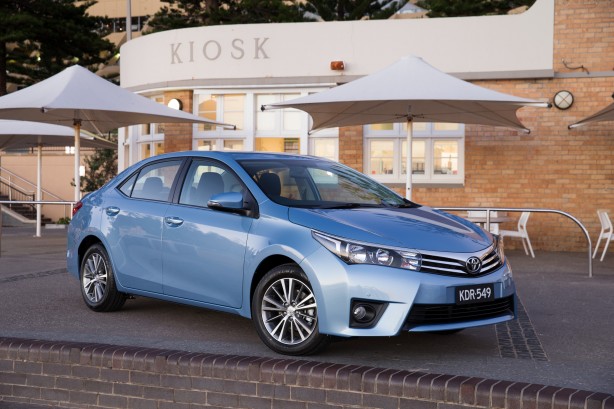 Significantly, its wheelbase is 100mm more than before, liberating more interior space for five adults. Front-to-rear couple distance has increased by 75mm and rear-seat knee-room by an astonishing 92mm. The rear seat is also wider with ample space for three adults, while a virtually flat rear floor translates to better comfort for the middle seat passenger. The front seats are particularly comfortable, too.

At the back, boot volume has improved by a useful 20 litres to 470 litres. 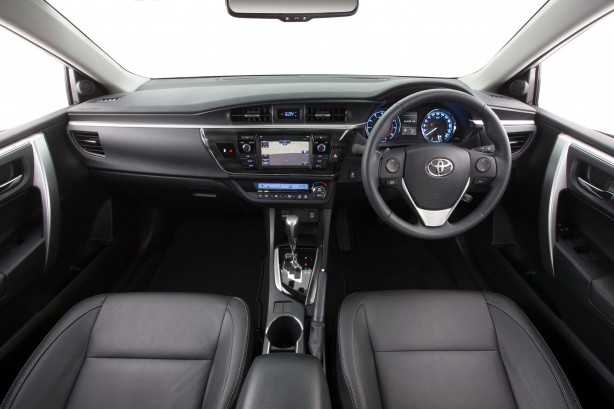 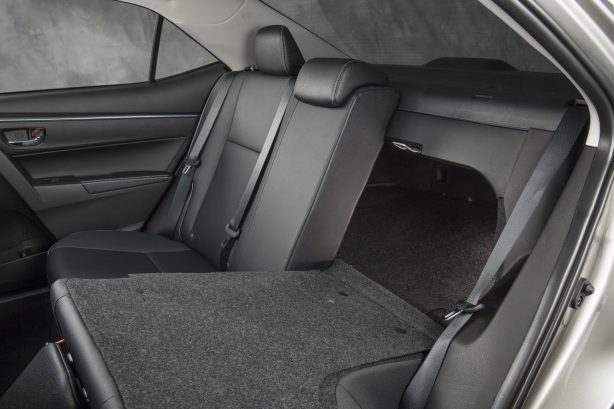 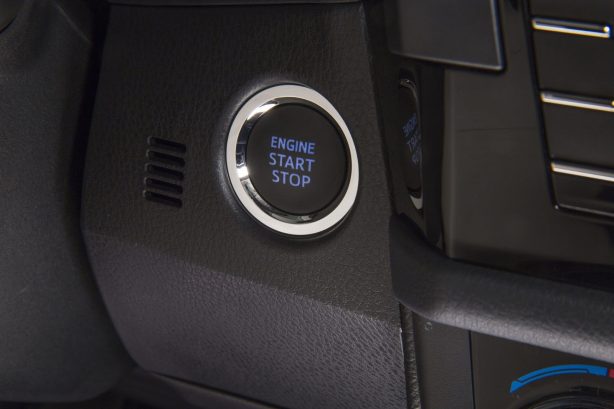 Despite the growth in proportions, lightweight construction and the use of high-strength steel means the car tips the scale at 1,295kg at its heaviest, in ZR trim. Its sturdier body also imbues the new model with a quieter cabin than ever before.

The driver is greeted with a clean and uncluttered dashboard with good perceived and tactile quality. A full-width accent bar separates the dashboard into upper and lower zones, and continues across the top of the door panels – uniting the cabin and emphasising the car’s roominess.

The upper zone contains driver information displays while many of the operating switches are located in the lower zone, including a 6.1-inch touchscreen, which makes for easier access. The instruments and controls illuminate in a “cool” blue backlighting after dark for a more relaxed feel. 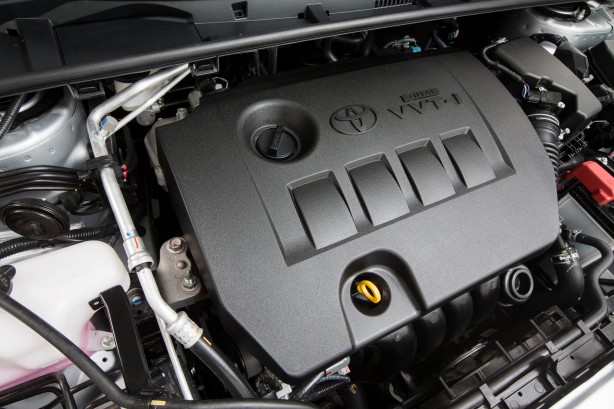 The engine is mated with either a new Continuously Variable Transmission (CVT) with 7 ‘artificial’ ratios, as per our test car, or a six-speed manual.

It goes about in its job in a hush, efficient and drama-free manner, only answering back under load. The CVT transmission is surprisingly responsive, too, and is well matched with the engine and driving style. Unlike most CVTs, Toyota has finally managed to eradicate the revs flaring and ‘slipping’ feel typical of such transmissions.

The range-topper ZR also gets flappy paddles at the wheel that works curiously well, giving the driver better control and involvement.

The range benefit from local chassis tuning. Its electric power steering has been re-calibrated to suit local conditions and driving tastes while engineers at the Toyota Technical Centre Australia also retuned the car’s suspension.

The result is obvious.

Its sporty driving position is matched with a steering that is well weighted and responsive (albeit a touch vague on centre). It turns-in nicely and the car is generally well composed around the bends.

While the improvement in dynamics is well received, the same can’t be said about the Corolla’s electronic nanny. It is one of the most over-reactive and intrusive systems I have come across, dangerously cutting power mid-corner when it is most needed, all because of the slightest loss in adhesion. 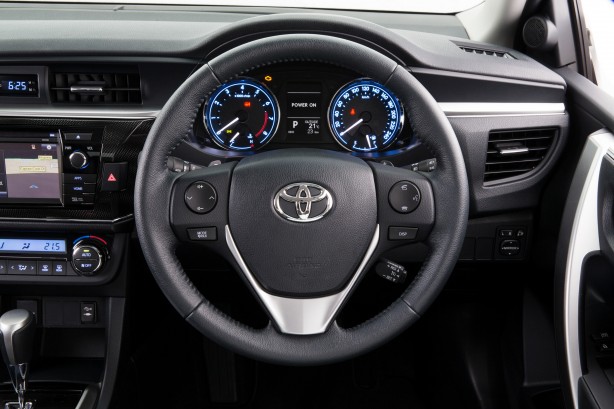 Despite recent spades of highly publicised recalls (mostly affecting cars built in North America), Toyota still makes some of the most reliable and well screwed together vehicles on the market.

Typically, our Corolla Sedan ZR feels solid and will likely outlast your grandchildren.

The Corolla’s maker claims an average combined fuel consumption of 6.6L/100km. In the real world, we managed 7.9L/100km of mostly urban driving, with approximately 30% spent on the freeway and country. 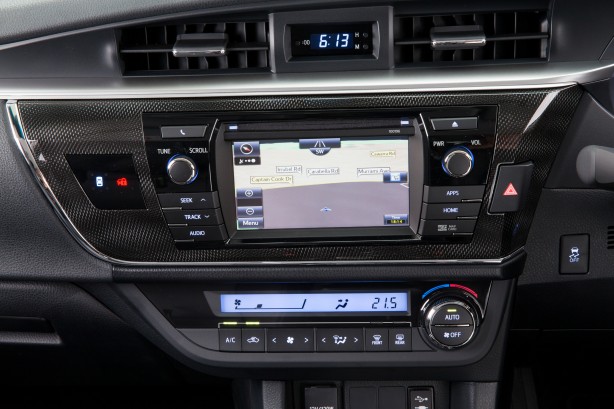 The new Corolla sedan range is generously equipped. Cruise control, a reversing camera with sensors, multi-information display, a 6.1-inch LCD touchscreen with Bluetooth, USB and iPod connectivity and full-sized spare are all standard even on the entry-level Ascent, which is priced from $20,740 – a reduction of $250 over the outgoing model. 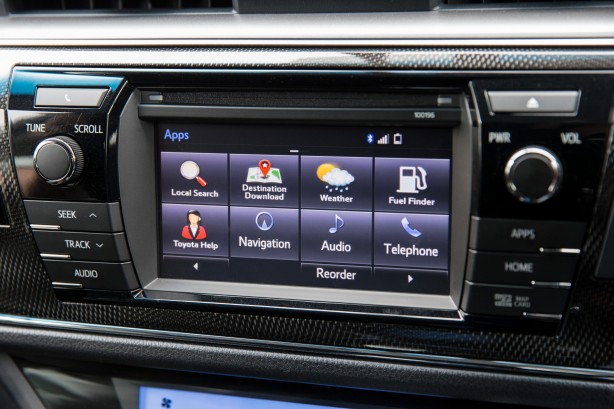 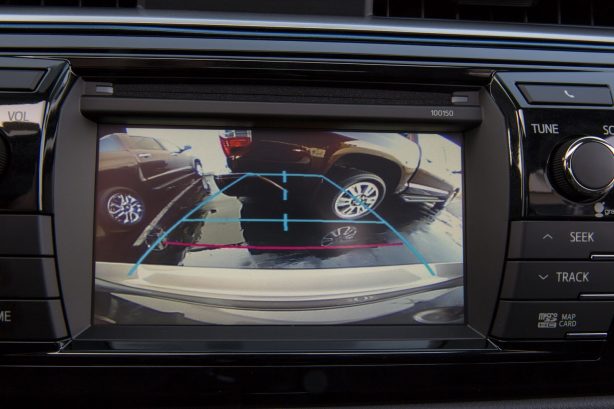 Of course, all variants are five-star ANCAP crashers with seven airbags, ESP, traction control, ABS, EBD and BA standard across the range.

We do however, question the Corolla’s lack of convenient one-touch indicator that activates the blinkers three times when changing lanes.

Your enthusiasts and drivers mates may ROLF (roll on the floor laughing you are not a Gen-Y) if you told them you’re buying a Corolla, but the fact remains that it is one of the best choice for ultra-reliable, comfortable and fuzz free motoring.

To top it all off, it is also now more dynamic than ever before, yet fulfilling its long held legacy as the car that won’t go wrong – as evidence by twenty-year-old Corollas still plying our suburban roads that have never seen a mechanic in its tireless life.