Ferrari Superamerica 45 – A One Off Special 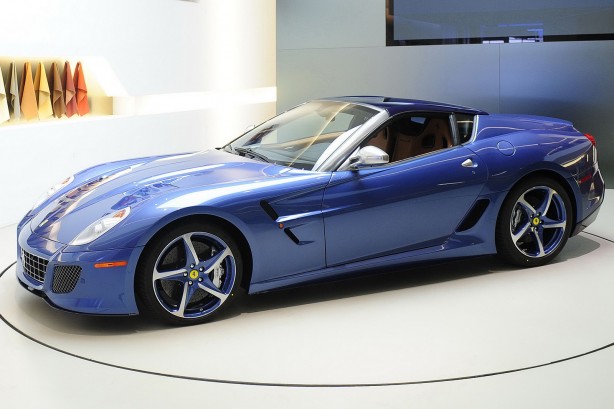 If you think this Ferrari looks vaguely familiar and yet, somewhat different, then you are right. Meet the one-off tailor made Ferrari Superamerica 45, which will be making its public debut at Villa d’Este Concours d’Eleganza in Italy this weekend.

Based on the Ferrari 599, the Superamerica 45 is custom built for New York billionaire, Ferrari collector and former owner of the New York Post, Peter Kalikow. It is Ferrari’s way of saying “grazie” to a loyal customer, to celebrate the 45th anniversary of his Ferrari purchase in 1961!

The car was styled by Ferrari Design, with the engineering and manufacturing all taking place in-house. Some design cues had been carried over from the donour car, such as the headlights and rear LED lights. The rotating carbon-fibre roof however, is bespoked. It incorporates a rear screen and works in a similar fashion to the one found in the older 575 Superamerica. It tucks into the beautifully shaped boot when opened.


The front fenders have also been reworked and include double air vents. A custom made chromed front grille and burnished aluminium A-pillars, wing mirrors and door handles round off the make-over. 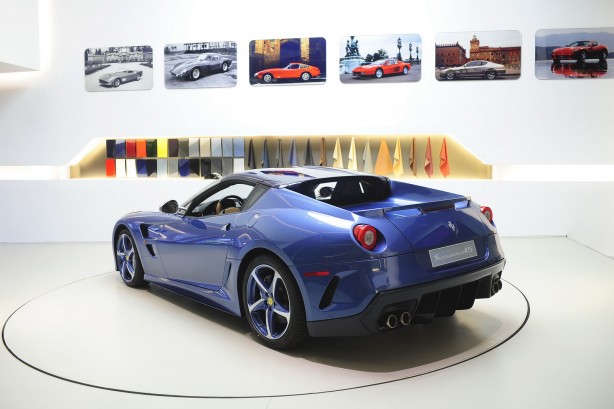 Peter’s Superamerica 45 is also finished in exclusive Blu Antille paintwork that matches the colour of his 1961 Ferrari 400 Superamerica cabriolet nr. 2331SA. The same colour hue can be found on the supercar’s specially designed alloy wheels. A darker blue shade is used on the car’s roof and carbon-fibre elements, such as the front splitter, side skirts and rear diffuser.

We will have to wait until the car makes its official debut for the interior pictures, but Ferrari says the blue theme is carried over inside to the dashboard and interior. It also gets the latest touch-screen infotainment screen.