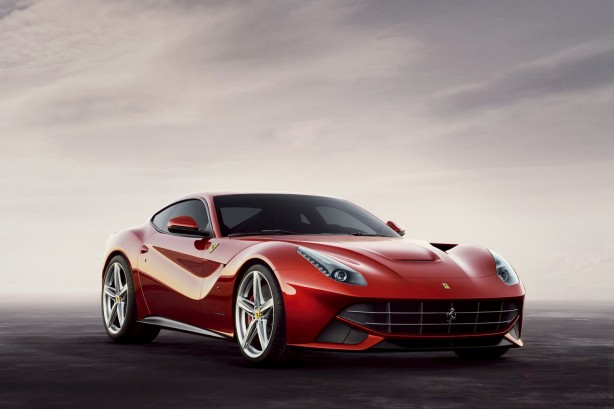 Meet the successor to the Ferrari 599 GTB Fiorano. Shown here for the first time, it is Ferrari’s answer to the Lamborghini Aventador LP700-4. The car was rumoured to be called the F620 GT but in fact, it will be known as the new F12berlinetta.

Claimed to be the swiftest and most powerful regular production Ferrari in history, the F12berlinetta is powered by a 6.3-litre naturally-aspirated V12 that produces 730hp (544kW). This translates to a specific output of 116hp/litre. Peak torque is rated at 690Nm or 508.9lb-ft, 80% of which is delivered at just 2,500rpm, before redlining at 8,700rpm.

The engine is mated to an F1 style dual-clutch transmission with close gear ratios, and transfers power to the rear wheels. 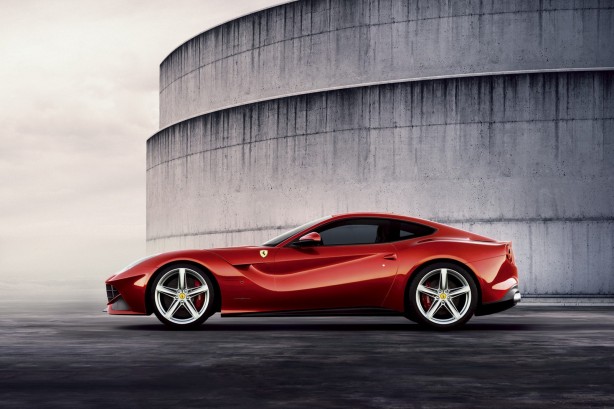 A new car these days would not cut the mark if its fuel consumption figures aren’t better than the model it replaces. Although the F12berlinetta has 118 horses more than the 612hp (457kW) 599 GTB Fiorano, Ferrari claims a 30% reduction in fuel consumption over the 599’s 16.7l/100km. CO2 has also been drastically reduced from 415g/km to 350g/km over the old car.

Continuing the trend of downsizing for improved efficiency, the F12berlinetta is 4,618mm long, 1,942mm wide and 1,273mm tall. It is 47mm shorter, 19mm narrower and 63mm lower than the 599 GTB. Wheelbase has also been reduced but Maranello did not quote the specific figures.

The famous Italian brand has also repackaged the rear suspension and gearbox to make the rear volume of the car smaller.

Ferrari’s partner, Scaglietti, played a significant role in designing an all-new spaceframe chassis and bodyshell using 12 different kinds of alloys. This contributes to a 70kg weight savings compared to the 599 despite a 20% increase in structural rigidity. The weight distribution is 46:54 (front:rear).

The F12berlinetta is available with the latest generations of carbon ceramic brakes (CCM3) and magneto rheological suspension control system (SCM-E). Other familiar acronyms found on the car include E-Diff, ESP Premium, F1-Trac and ABS – part of an arsenal of electronic driving aids. 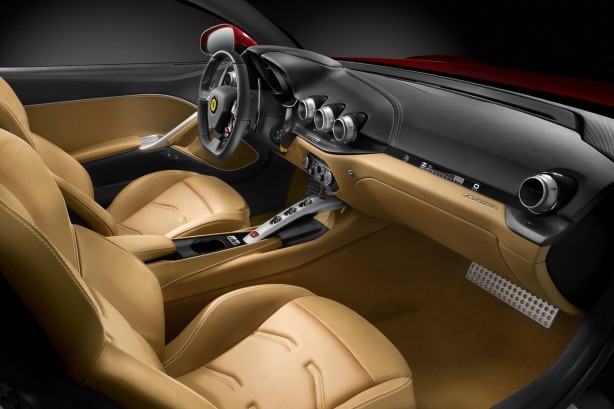 The well proportioned supercar is the result of the collaboration between the Ferrari Styling Centre and Pinninfarina. Ferrari claims that downforce has been improved by a massive 76% (123kg @ 200km/h or 124mph), while the car’s drag coefficient has been reduced to 0.299, partly contributed by the active aero kit such as the Aero Bridge that uses the bonnet to generate downforce at the front by channelling air away and the Active Brake Cooling ducts.

The decidedly modern cabin has been optimised to ensure maximum usability of interior space with additional luggage capacity behind the seats. The passenger also gets an information display in front of them, consisting of the vehicle’s rpm and gear selector position amongst others.

Ferrari’s range topping supercar will make its world debut at next week’s Geneva International Motor Show. Production cars will hit showrooms by the end of the year or early 2013.