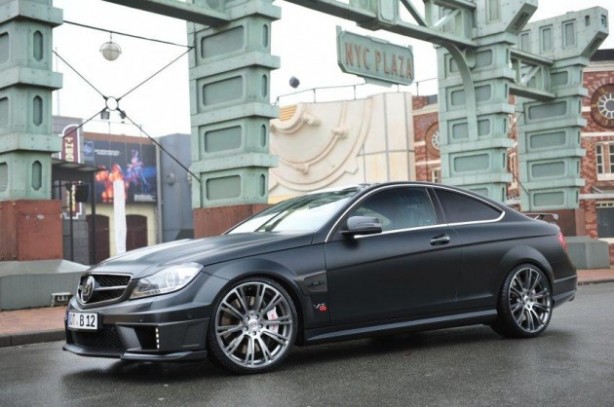 BRABUS is a name synonymous with insane amount of power. If you catch a Mercedes-Benz with a menacing ‘B’ as its badge instead of the usual 3-pointed star, you know it is a serious piece of metal.

Well, the German tuning company has revealed its latest creation, set to debut at the 2012 Geneva Motor Show later this week – the 2012 BRABUS Bullit Mercedes-Benz C-Class Coupé. Yes, it is a mouthful to say and a handful to type, but it also features a twin-turbo V12 with 800PS (588kW). 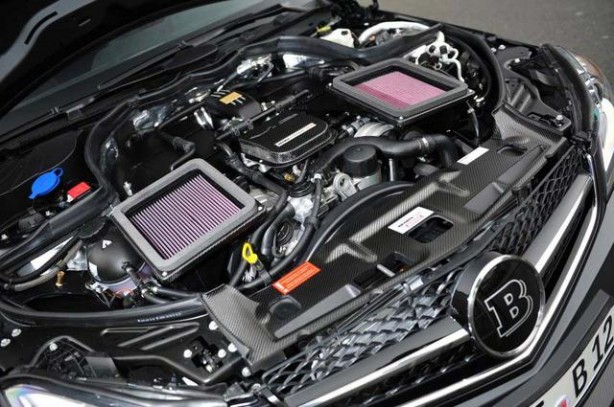 The 6.3-litre twin-turbo V12 is based on the 5.5-litre V12 that powers the S-Class. BRABUS enlarged the capacity and bolted on two larger turbochargers and the result is epic! Maximum power is rated at 800PS (588kW), while maximum torque is 1420Nm. However, it is limited to 1100Nm to protect the drivetrain. 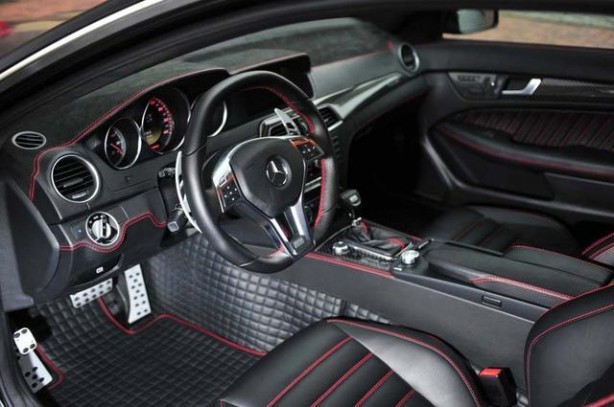 Inside, the car is draped in a mixture of black alcantara and leather with contrasting red stitching, while the exterior is finished in matt black bodywork and bespoke BRABUS bodykit consisting of new front and rear bumpers, side fins and GT-style rear spoiler.

The new 2012 BRABUS Bullit Mercedes-Benz C-Class Coupé can be yours starting at €449,820. We will bring you more details from Geneva.