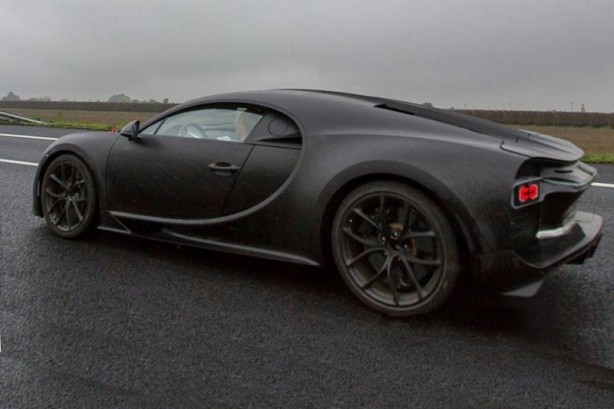 The mighty Bugatti Veyron’s successor has been spotted out testing on a public road somewhere in Italy by Instagram poster, Erico Hessel.

Widely tipped to be called the “Chiron” – after one of Bugatti’s concepts that premier in 1999 – the prototype appears to be largely free of camouflage. While still instantly recognisable as a Veyron, the new model is much sleeker compared to the rather cumbersome old model.

Underneath its lightweight body, the Chiron is expected to sport an updated 8.0-litre W16 quad-turbo engine using e-turbo technology to generate up to 1,103kW of power, enough to hurl the hypercar from 0-100km/h in just over 2 seconds. Top speed is estimated to be 450km/h.

The Chiron is expected to make its debut at the 2016 Geneva Motor Show in March next year, with a  mind boggling price tag of  €2.2 million.

Despite the exorbitant price tag, Bugatti intends to build 500 examples of the Chiron – 50 more than the total production output of the Veyron.

And unlike the Veyron – which Volkswagen made a lost on each one sold – the Chiron will turn this around and actually make some money for the beleaguered brand.