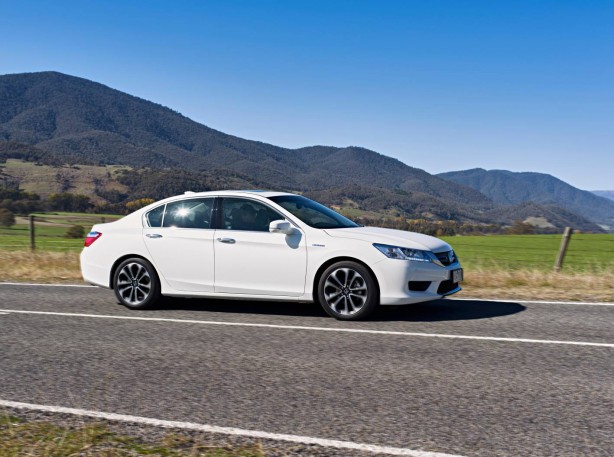 Honda has introduced its first hybrid Accord in Australia, featuring the company’s all-new hybrid powertrain from Honda’s Earth Dreams Technology series, which is set to be rolled out across the majority of the company’s alternative fuel models.

Available solely as a highly specified variant, the Accord Sport Hybrid is – predictably – the most expensive model in the range, priced from $58,990 plus on-road costs. 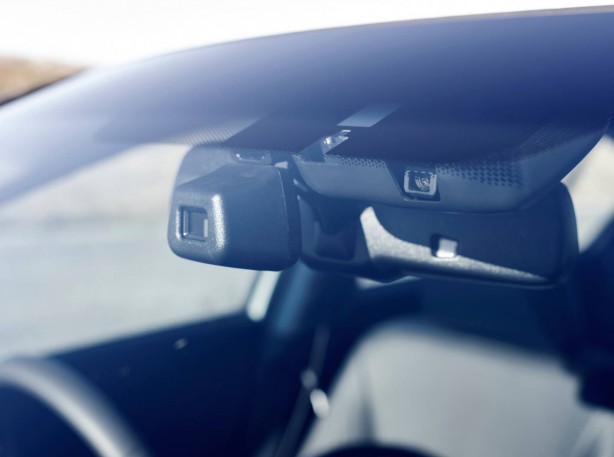 However, compared to the locally-built Camry Hybrid, the Thai-built Accord is nearly $18,000 dearer, and that may be its down fall. In fact, it is knocking on the door step of the class above Lexus IS 300h at $59,500.

Underneath the familiar sheet metal is the hybrid’s new powertrain called the i-MMD (intelligent Multi-Mode Drive). It combines a newly-developed 105kW/165Nm 2.0-litre four-cylinder i-VTEC Atkinson Cycle engine (dedicated to Honda’s hybrid range), and a maintenance-free 124kW AC synchronous permanent-magnet motor linked directly to the front wheels and provides primary motive power for the Accord Hybrid. The total system output is 146kW and 307Nm of torque. 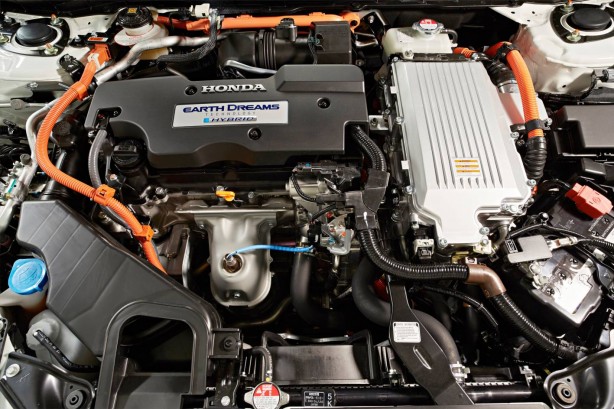 The all-electric EV Drive mode is active from stationary, during light cruising and acceleration and when braking. In everyday driving, it will only operate in short distances, such as when looking for a car park at the shopping mall.

Should more motive power is demanded; Hybrid Drive mode will take over. In this mode, the electric motor alone powers the front wheels, as the petrol engine is disconnected from the drive wheels to save energy. Its sole purpose is to power the electric generator motor, which in turn provides power to the 1.3kWh lithium ion battery pack that feeds the electric motor. 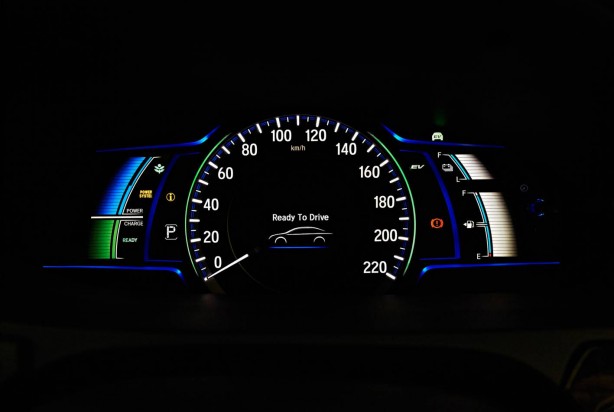 Finally, if you are in a rush, Engine Drive mode kicks in where the petrol engine provides propulsion to the front wheels via the E-CVT (Electronic Continuously Variable Transmission) using a lock-up clutch.

Coordinated by the Hybrid’s IPU (Integrated Power Unit), the E-CVT provides the Accord Hybrid with smooth acceleration. Unlike other full hybrid systems, the E-CVT doesn’t have a torque converter, mechanical pulley or belt. Instead, it uses two motors for driving and generating power and is able to rapidly control both engine and electric motor rotation in order to deliver higher fuel efficiency and quicker engine response in each driving mode.

Honda claims the Accord Sport Hybird will return 4.6L/100km in combined driving, but we struggle to better 5.8L/100km during our time spent with the Accord flagship. 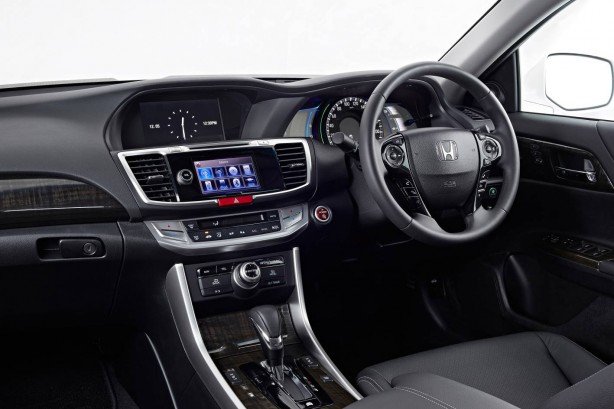 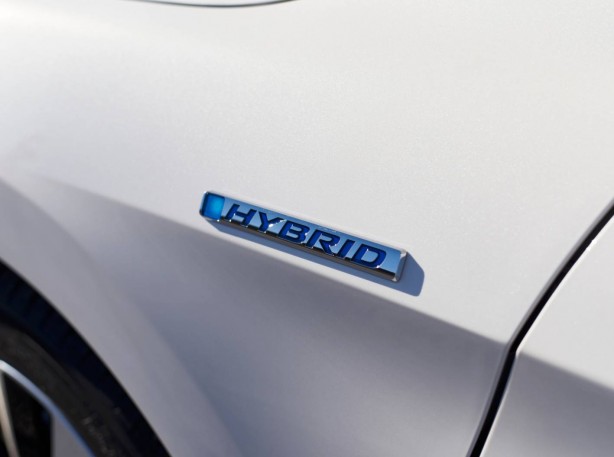 Helping reduce fuel consumption is a regenerative braking system that harvests electrical energy that is otherwise lost during braking. Unlike some other similar system, brake pedal feel is good and not overly “bitey”. The car’s accessories are also powered by the electrical system to ensure they are running whether the petrol engine is running or not.

While the badge says Sport, the Accord Hybrid isn’t likely to win a race with a hot hatch, although acceleration is brisk, thanks to the electric motor. Its handling is balanced and the car rides with a luxurious feel and Lexus-like quietness when the petrol engine isn’t running.

The added weight of the battery and electric motor (70kg) might also contribute to a slightly more planted feel of the Accord Hybrid around the bends. However, there are no steering wheel-mounted paddles for the E-CVT for those wanting a little more control over the car. 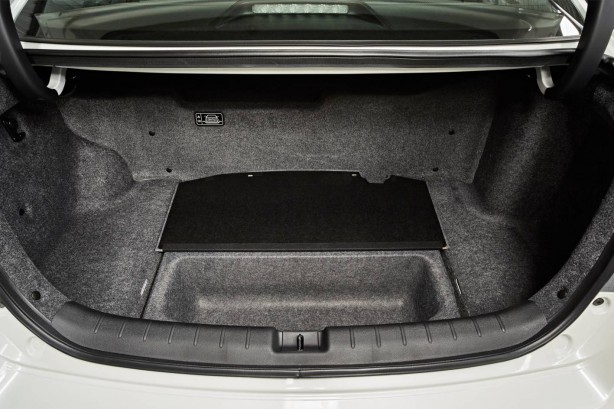 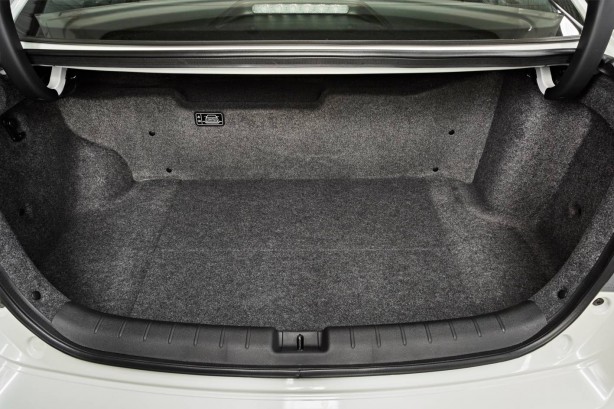 Around town, the Hybrid soaks up bums relatively well but its turning circle is atrocious, making U turns a nightmare on narrow suburban streets. You will also have to sacrifice some boot space and the spare wheel (a tyre repair kit is provided) due to the batteries.

While we like the 2015 Honda Accord Sport Hybrid for its fuel efficiency, comfort, technology and handling, but at nearly $60,000, we suspect not too many will find homes in Australia.

Tags accord accord hybrid honda Hybrid