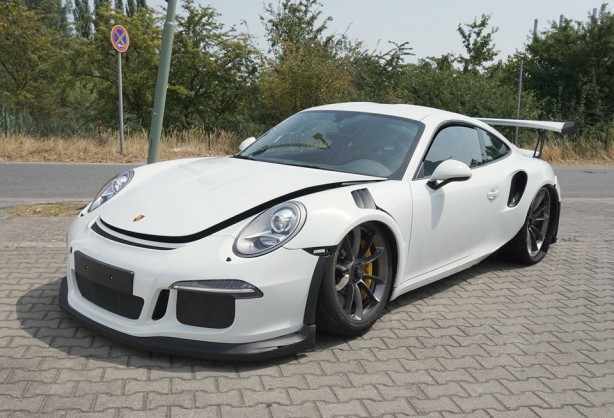 Another day another supercar ruined. And worse when we don’t know exactly what went wrong, just like this badly twisted brand new 2015 Porsche 911 GT3 RS.

Judging from the damages done to various parts of the GT3 RS and the way all four wheels are misaligned, it is likely the Porsche’s unfortunate fate happened on a track. 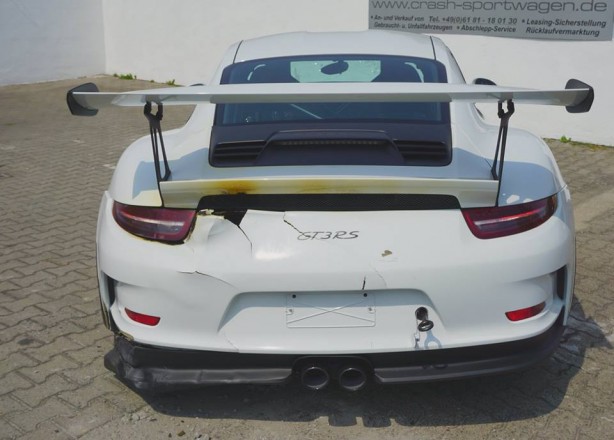 Using the best of our imagination, we suspect the 911 GT3 RS lost control at high speed, snapped across the track and slided over a bump, which sent the car airborne. The Porsche then brutally smashed the tarmac on four wheels, bounced across the surface several times before hitting the armco barrier and coming to a halt. 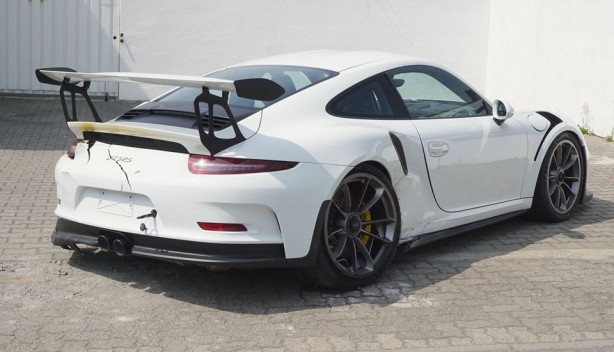 Launched earlier this year, the highly acclaimed Porsche 911 GT3 RS is powered by a 4.0-litre six-cylinder engine with 368kW (500 hp) of power and 460Nm of torque, combined with a specially developed PDK transmission.

The engine, which has the largest displacement and most power of any naturally-aspirated power unit with direct fuel injection in the 911 family, accelerates the high-performance sports car from 0 to 100km/h in 3.3 seconds and on to 200 km/h in 10.9 seconds.