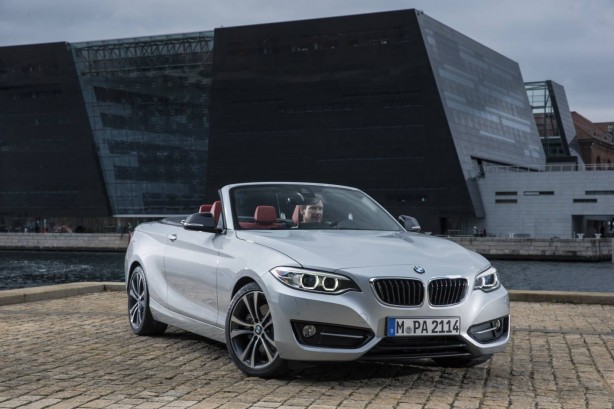 Like its predecessor, the 2 Series Convertible features a soft-top. The newly-developed, electrically powered fabric roof receives additional insulation for improved acoustic comfort. It opens and closes in 20 seconds at the push of a button. The roof is offered in Black as standard, with optional colours Anthracite with silver effect and Brown with silver effect. 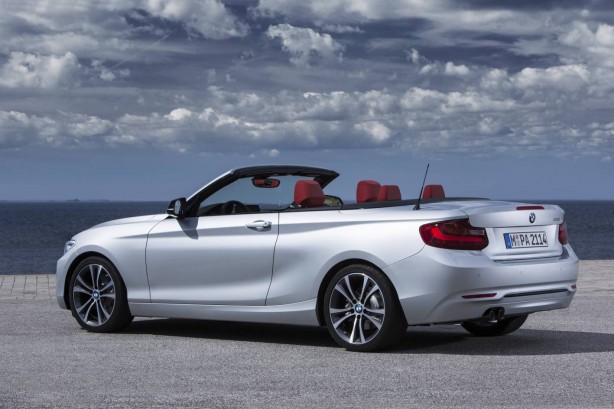 Torsional rigidity of the new convertible has been increased by around 20 percent compared with its forebear. It also boasts the best aerodynamic properties among the competition, as well as optimised weight thanks to intelligent lightweight design and body structure with precisely defined load paths and generous deformation zones.

The 2 Series convertible carries over the same engine line-up as its coupe sibling. The range starts with the entry-level 220i with a 2.0-litre four-cylinder turbocharged petrol engine developing 135kW of power and 270Nm of peak torque from 1,250rpm. A higher output of the same 2.0-litre turbo four is found in the 228i with 180kW and 350Nm. The 220d features a 2.0-litre four-cylinder turbodiesel engine produces 135kW of power and 380Nm of torque.

At the top of the range is the M235i equipped with a 3.0-litre twin-turbo straight six that churns out 240kW of power and 450Nm of torque. 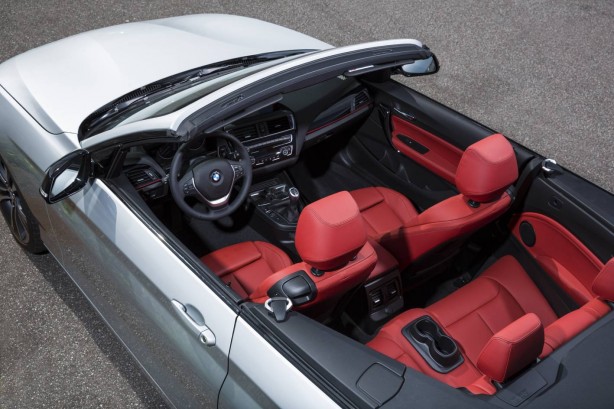 All models will come standard with the 8-speed sports automatic transmission which includes gear shift paddles and launch control function. BMW’s EfficientDynamics technology which includes auto stop/start and regenerative braking is also employed across the range.

Full specification and Australian pricing will be announced closer to local launch.