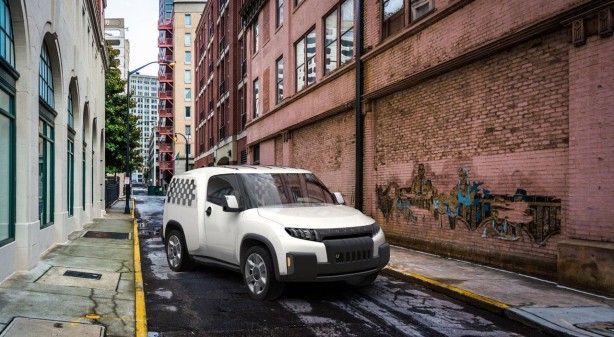 Toyota has taken the wraps off the Urban Utility (U2) concept ahead of its official debut at the invention-focused World Maker Faire in New York on 20 and 21 September.

Inspired by a growing innovative spirit in urban areas, and not by popular Irish band, U2 from the 80s and 90s, the futuristic concept is said to reflect the lifestyle and needs of an entrepreneurial, urban driver discovered through interviews with Maker Faire participants and internal Toyota market research. 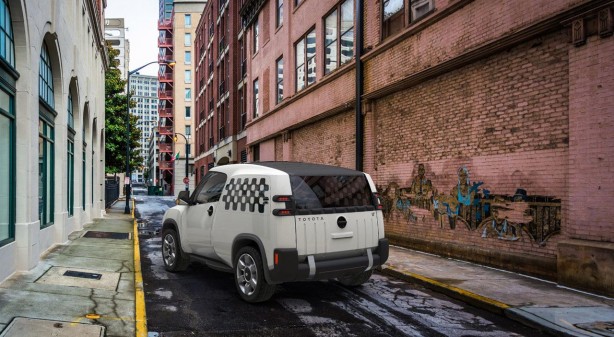 Looking like a futuristic caddy-van, the U2 was developed by Toyota’s American design studio, Calty Design Research in California. It features a new open architecture and purposeful materials that are said to redefine urban utility. Designers included the ability to roll back the roof, fold down the tailgate into a ramp and customize the interior on a versatile rail system.

Owners can also customize the car according to individual and on-the-go needs. The retractable utility bar can serve unique uses such as holding a desk or grocery bag hooks. The side windows flip up for easy access from the roadside. 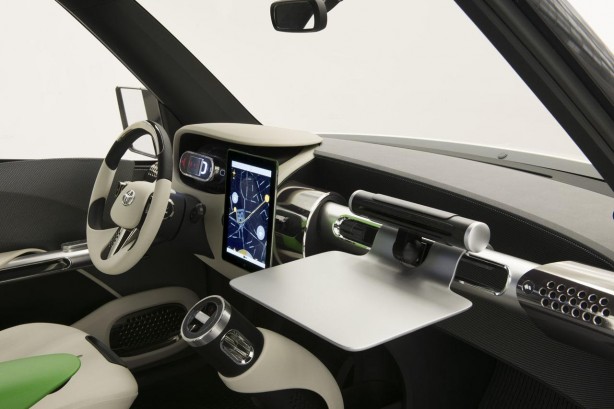 Inside, the U2 concept has a unique instrument cluster and an iPad that doubles as an infotainment system. The front passenger seat can be folded and removed, while the unique shifter design features switch for parking, drive and reverse mode.

“Toyota saw an opportunity for a new approach to an urban vehicle based on increasing re-urbanisation of our cities and urban drivers’ desire for flexibility, fun and maneuverability,” said Kevin Hunter, president of Calty.