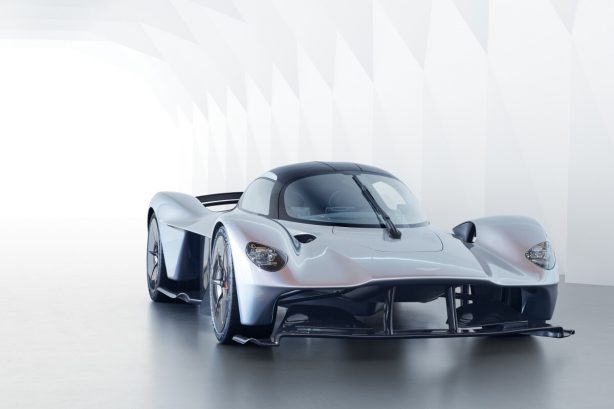 Since the first reveal of the Aston Martin Valkyrie hypercar in July 2016, Aston Martin and Red Bull Advanced Technologies have been working intensively to further develop the supercar’s aerodynamics, body styling and cockpit packaging.

Powered by a V12 hybrid powertrain delivering around 745kW (1000hp) and weighing in at less than 1000kg, the Valkyrie delivers performance that is currently unheard of in a road going production car, with cornering forces in excess of 3g and 4g for the track only version. 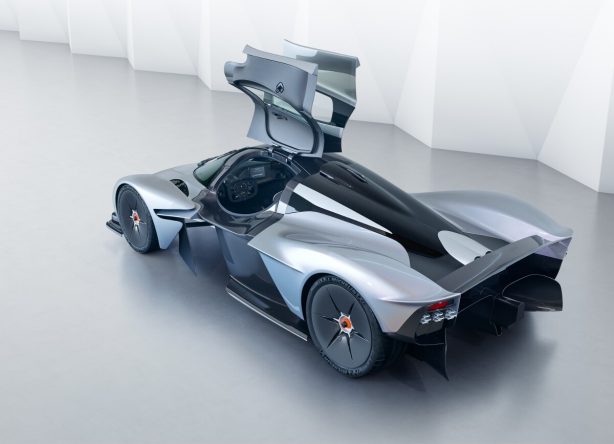 Now, secrets of Valkyrie’s interior design have been revealed. Aerodynamic development has driven evolution of the hypercar’s exterior design, and the teardrop-shaped cockpit features an F1-style reclined driving position with minimalist ergonomics.

To maximise interior space the seats are mounted directly to the tub, with occupants adopting a reclined ‘feet-up’ position reminiscent of today’s Formula One and Le Mans Prototype race cars, ensuring driver and passenger are perfectly supported and feel completely at one with the car. A four-point harness comes as standard, while an optional six-point harness will be offered for those who intend to do more track driving. 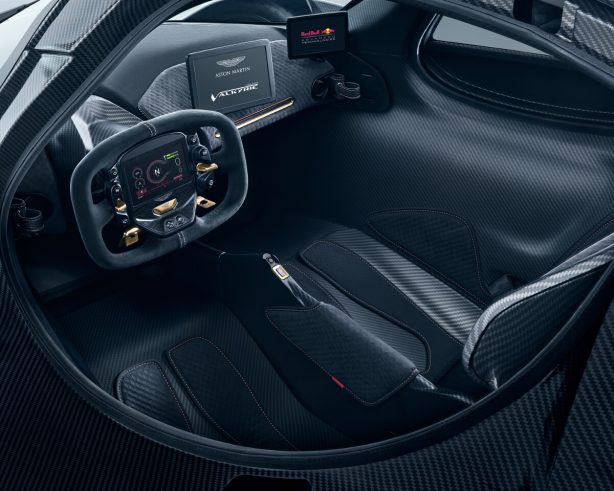 The Aston Martin Design team were keen to keep distractions to a minimum and focus the driver on the road ahead. All switchgear is located on the steering wheel, with all the vital signs shown on a single OLED display screen. The steering wheel is also detachable, both to aid ingress and egress, and to serve as an additional security device.

Great attention has been taken with the glasshouse design to ensure forward and peripheral side-to-side vision is virtually uninterrupted. To avoid aerodynamic disturbance door mirrors have been replaced by discreetly mounted rear facing cameras in each of the Aston Martin Valkyrie’s flanks. These feed two displays which are positioned at the base of each A-post to mimic the view provided by conventional door mirrors. The all-enveloping bodywork and roof-mounted engine air intake means there is no rear window, negating the requirement for a rearview mirror. 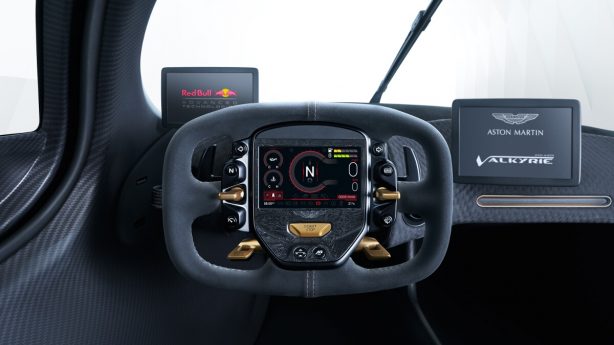 Aston Martin has been inundated with over 600 serious expressions of interest for the limited run of 150 cars, 25 of which will be hardcore track going models that no doubt piqued the interest of some former Formula 1 drivers.

While the select handful of current and former professional drivers that may eventually own a Valkyrie after its 2019 launch should be able to handle the car just fine, other customers will be provided with a customised one on one driver training program to get them up to speed and unleash the full potential of the Valkyrie. With so much of its driving performance aerodynamically derived, the Valkyrie is set to offer a driving experience like nothing else in the Aston Martin lineup.