Aston Martin has released its first teaser image of the Aston Martin Lagonda sports sedan. According to Aston Martin, “the stunning luxury super saloon revives the Lagonda ethos of ‘the finest of fast cars’ and will be offered exclusively in the Middle East, as a result of specific market demand.”

The limited series luxury sedan will be based on the brand’s existing flexible VH architecture and draws inspiration from the Lagonda of 1976. It will feature many of the cutting edge engineering techniques seen in modern Aston Martin sports cars, including use of carbin fibre in the body panels. 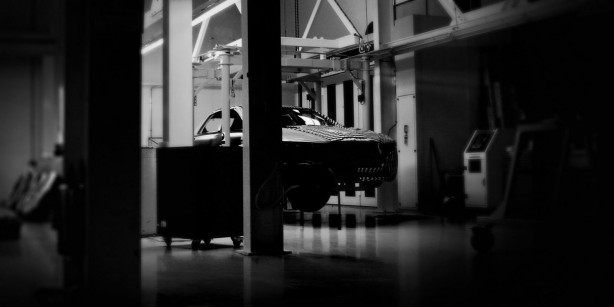 The Lagonda will be hand built at Aston Martin’s manufacturing facility in Gaydon, Warwickshire in a dedicated building previously used for the creation of the One-77 hypercar.

No pricing or other details have been released by the carmaker, but the super sedan will be offered for sale by invitation only with an asking price that “commensurate with the car’s exclusivity, quality and luxurious nature.”

Aston Martin Design Director, Marek Reichman said: “The debut of this luxury super saloon in the Middle East market will be an exciting moment not only for Aston Martin, but for discerning customers who are seeking the ultimate in luxury and personalisation.”