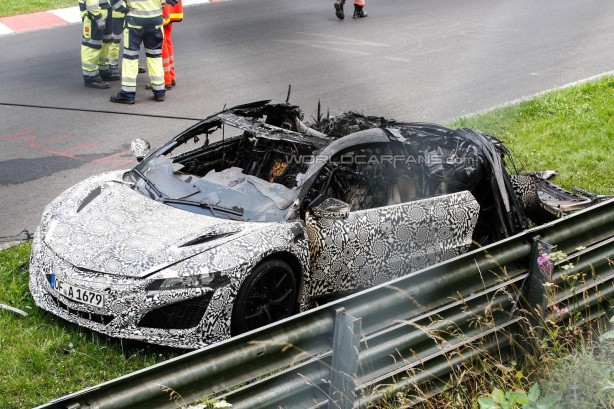 It was only a few days ago we brought you the sight and sound of a 2015 Honda NSX prototype pounding the Nürburgring. Now, it appears that the car has ended up in flames on the track and completely ruined.

While the exact cause of the incident is still unknown, according to witness testimony, the prototype was putting on a few laps on the Nordschleife when flames started to emerge from the rear end of the car. On noticing it, the test driver eventually pulled over at the Pflanzgarten and made a swift exit from the car before the fire quickly spread and engulfed the whole vehicle. 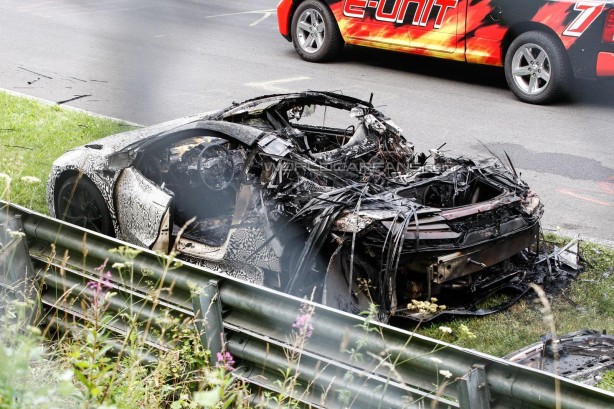 Let’s hope Honda figures out what’s wrong with the car before it hits production next year. 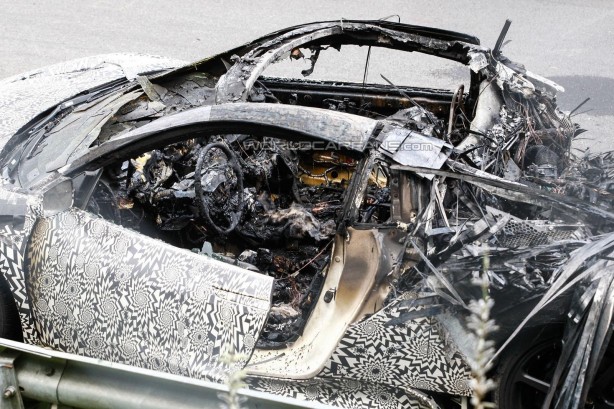 Like the original NSX, the new car will feature a unique powertrain and lightweight body structure. It will be powered by a mid-mounted V6 engine mated to Honda’s new Sport Hybrid SH-AWD (Super Handling All Wheel Drive) system. Power output is expected to be in the region of 300kW (400hp).