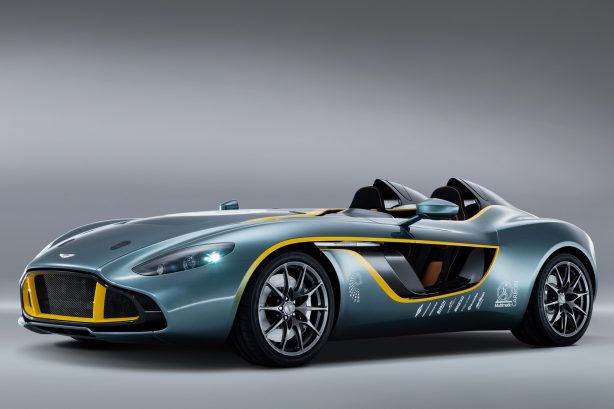 Aston Martin has taken the wraps off its CC100 Speedster concept car at the Nürburgring 24 Hours. Built as part of the company’s centenary celebration, the CC100 Speedster, which stands for Concept Car 100 years, is also a tribute to the Le Mans-winning 1959 Aston Martin DBR1 racecar, which inspires its distinctly classic shape.

Aston hasn’t revealed the V12’s output but claims it will propel the CC100 from 0-100kim/h in a little over 4 seconds before reaching a limited top speed of 290km/h. According to Aston Martin, the fully working prototype hints at the company’s potential future design direction. 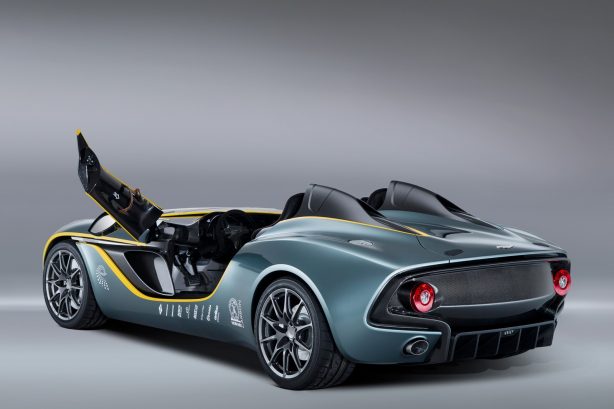 “CC100 is the epitome of everything that is great about Aston Martin. It represents our fantastic sporting heritage, our exceptional design capability, our superb engineering know-how and, above all, our adventurous spirit!” said Aston boss, Ulrich Bez.

The CC100 Speedster concept was designed and built in less than six months. It combines modern Aston Martin styling cues such as the enlarged front grille and side strake air vents successfully with the DBR1’s retro silhouette. 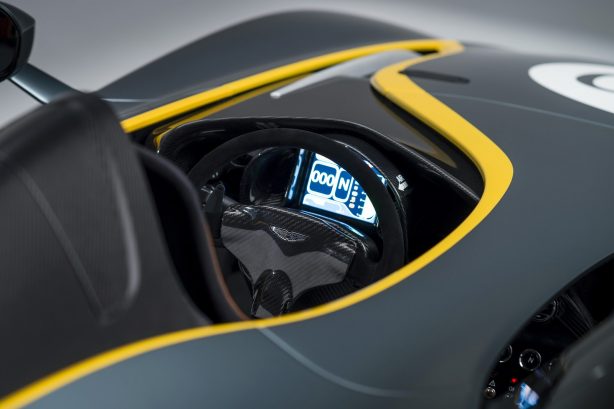 Open the butterfly doors and a minimalist interior greets its occupants, with a pair of bucket seats and a race inspired centre console. A TFT display behind the steering wheel that replaces traditional dials adds a touch of 21st century.

The concept measures 4,500mm in length and more than 2,000mm wide, including side mirrors. As is common these days, the body panels and interior are crafted from light weight carbon fibre. The CC100 is set to be more than 400 kg lighter than the V12 Vantage, weighing in at less than 1,200kg.