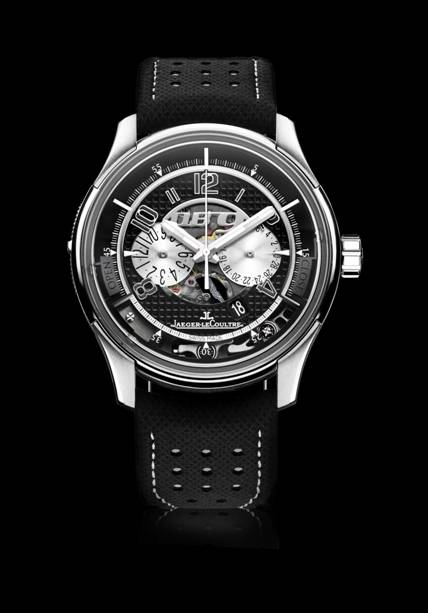 Not so long ago, we used to insert the car key in the door to unlock it, most inconvenient. Then came the remote transponder that locks or unlocks the doors when you press on the little buttons.

Nowadays, some cars use proximity keys that automatically lock or unlock the car when you touch the door handle. This still requires the driver to carry a transponder.

Now though, Swiss watch maker, Jaeger-LeCoultre has come up with a watch that does exactly that, without the need to carry a transponder. You will, however, need an Aston Martin DB9 for this to work!

The new AMVOX2 watch comes with a touch sensitive sapphire crystal glass. All the driver has to do is press where it says ‘OPEN’ to unlock the car and ‘CLOSE’ to lock the car. Press both at once to activate the headlights while the car stays locked to find it in a crowded parking lot. How very cool!

Gaydon, 1 November 2010. Aston Martin and horological partner, Jaeger-LeCoultre are pleased to announce the launch of the AMVOX2 DB9 Transponder timepiece which affords the owner of a DB9 the luxury of opening their sports car by simply pressing on the sapphire crystal of their watch.

The AMVOX2 DB9 Transponder heralds the third generation of the revolutionary creation that sealed the ties between Aston Martin and the Swiss watchmaker Jaeger-LeCoultre.

Released two years ago, the DBS Transponder watch was the first mechanical watch developed with the ability to control access to a luxury sports car by means of a built-in micro transmitter system serving to lock and unlock the Aston Martin DBS.

As the driver nears the car, all he need do is press the OPEN position on the watch glass (between eight and nine o’clock) in order to unlock the car, whereas doing the same thing on the CLOSE position between three and four o’clock will lock the vehicle.

By pressing simultaneously on the “OPEN” and “CLOSE” rectangles, the watch emits a signal recognised by the car as a “FIND ME” function: the headlamps light up for several seconds, without unlocking the car, so as to enable the owner to find the car at a glance. 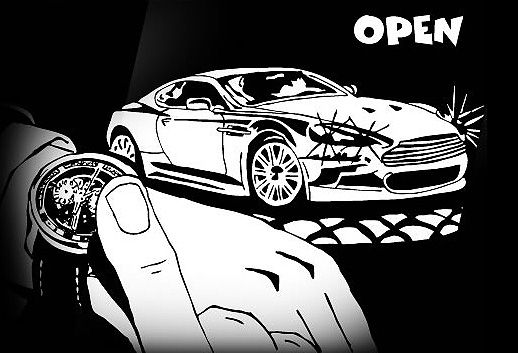 By integrating the transponder circuit into the body of the watch, Jaeger-LeCoultre has created a timepiece that is entirely functional yet discreet, a masterpiece of miniaturisation and engineering that not only functions as a chronograph but as a key, making it the ultimate accessory for the ultimate sports car.

In-cased in grade five titanium, the black dial of the AMVOX2 DB9 Transponder is adorned with a grille-type motif and bears rhodium-plated metallic numerals coated in the centre with a luminescent black substance. The DB9 logo, which is gilded as are the hands and hour-markers, appears to be floating in the centre in a window revealing the ruthenium mainplate and bridges of the exquisitely refined movement.