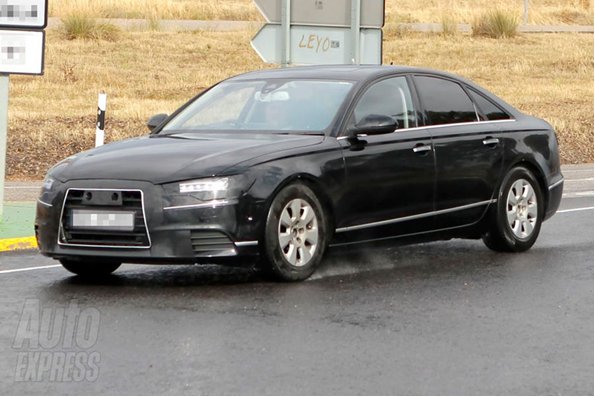 The current generation A6 has been around since late 2004, although it has since had a few facelifts to bring it up to date with Audi’s DNA.

The new A6 has recently been caught wearing minimal disguise. This usually means the production model isn’t far off as engineers work hard to test the final prototypes.

As you can see from the spy shoots, the new A6 looks like an upsized Audi A4. This comes as no surprise as car manufacturers prefer a cohesive design throughout their range.

At the front, underneath the ‘Mitsubishi’ grille, sits Audi’s trade mark single shield grille. The headlights have undergone a subtle evolution and are tapered in towards the grill, ala e-tron, and not unlike those found on the Mitsubishi Lancer. Expect full LED technology to be offered as per big brother, the A8. 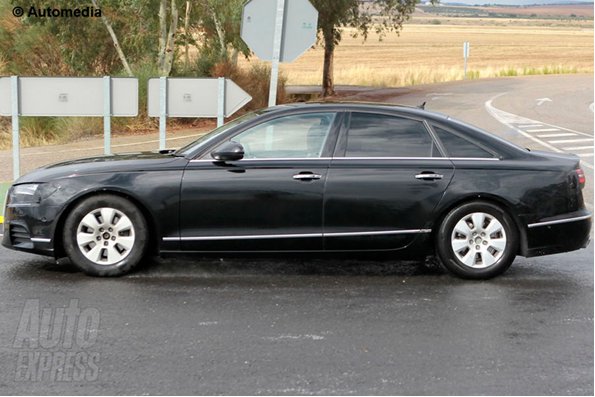 As with every generation of new car, the new A6 is longer to provide better leg room. At the rear, the A6 shares similar design cues with current generation Audi’s.

Built on the latest modular MLB platform that underpins the majority of Audi’s current range, the A6 chassis is 20% aluminium to reduce weight and keep cost down. The A8 platform on the other hand, is full aluminium, while in the A4, A5 and Q5, steel was used.

The new A6 also promises to be the best handling A6 ever as the engines are mounted further back from the front axle. 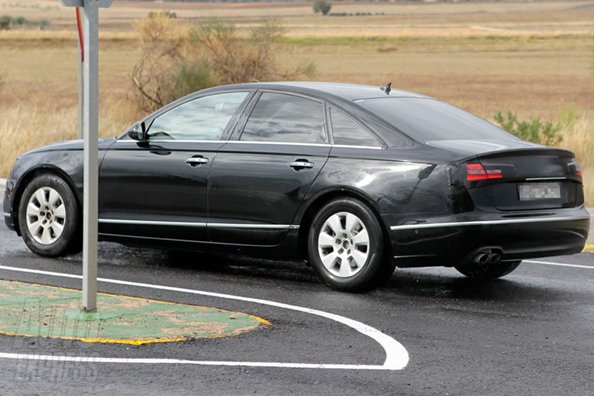 In Europe, 6 engine options will be available at launch, comprising 2.0-litre petrol and TDI diesel units, 6-cylinder 2.8 FSI and 3.0 TFSI petrols, and two 3.0-litre TDI versions. These will be mated to either a 6-speed manual, 7-speed S-Tronic or 8-speed autos. Stop/Start systems are also in the pipeline, as well as Quattro 4-wheel drive.

An Avant wagon and S6 performance flagship powered by a new 4.0-litre V8 are on the agenda also.

The new A6 premieres at the Geneva Motor Show next March before hitting the show rooms in northern hemisphere summer.