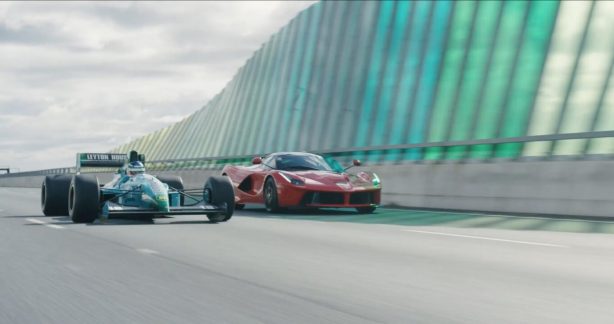 It isn’t everyday we get to see the ‘royalty’ of motorsport including David Brabham, Ivan Capelli, Pierluigi Martini, Craig Lowndes, Tim Slade and Alister McRae get together to drive some of the most desirable machines ever made but that’s what the Adelaide Motorsport Festival’s “Race to the City 2018” has done.

The ten-minute short film not only brought together some of the most talented drivers of our time, but also an ensemble of exotic cars in the race into Adelaide, where the annual motorsport festival is held.

The film begins in Imola Italy where Capelli and Martini visited the Senna Memorial to reminisce the time they raced together in Adelaide, before Capelli got a call from the Adelaide Motorsport Festival asking if he was coming to Adelaide.

The former F1 driver, of course, accepted the invitation and asked his team to prepare his Leyton House Formula One car to take to Adelaide. 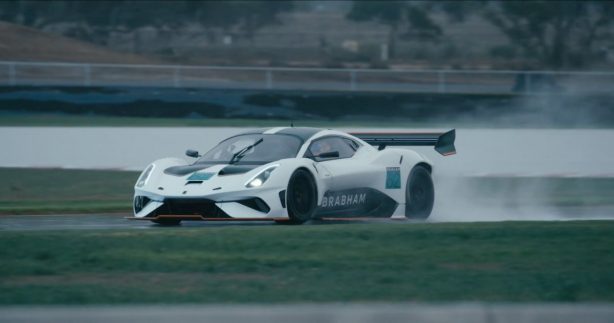 Next to get a call was Brabham, who was testing his Aussie-built BT62 at The Bend (already dubbed the Nürburgring of Australia) before piloting his track machine onto the streets of South Australia and racing towards Adelaide.

Meanwhile, Craigs Lowndes was supposed to pick up his LaFerrari for the race but sent Tim Slade to pick the supercar up instead, as he was signing autograph at a Holden dealership. 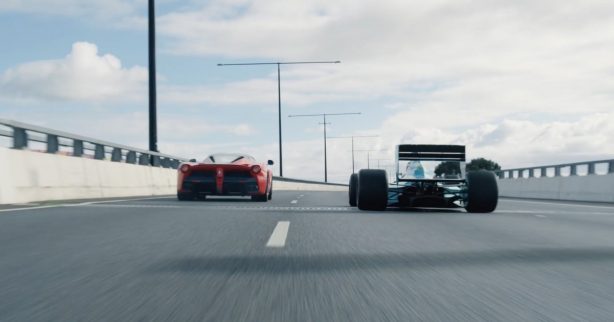 Eventually all the drivers were racing towards the city in their speedy machines like you’ve never seen before. Check out the video below to see for yourself.

The Adelaide Motorsport Festival is a two day event that starts on the 1 December.

Race to the City 2018We’re proud to present our latest short film, Race to the City 2018. Featuring names including Brabham, Capelli, Martini, McRae, Lowndes and Slade, this ten-minute film spans the globe from Italy to Adelaide, with star cars including the LaFerrari, Brabham BT62, Leyton House and Mitsubishi Evo as you’ve never seen them before. The Adelaide Motorsport Festival is on December 1 and 2 – get all the details and buy tickets now at https://adelaidemotorsportfestival.com.au/spectators/tickets/South Australia City of Adelaide #AdelaideMotorsportFestival #RacetotheCity2018