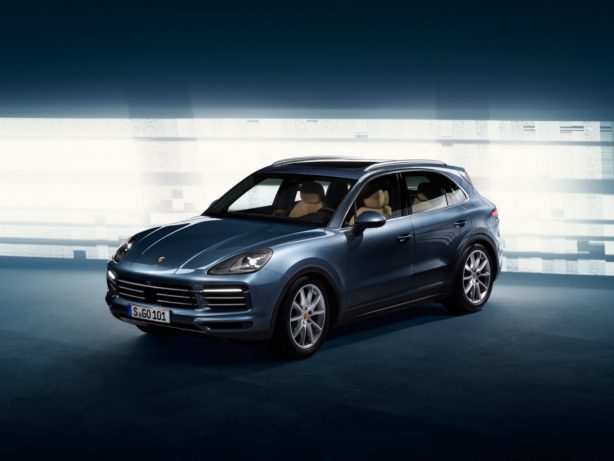 The next-generation 2018 Porsche Cayenne has made an early appearance online ahead of its official unveiling tomorrow, courtesy of Auto Express. 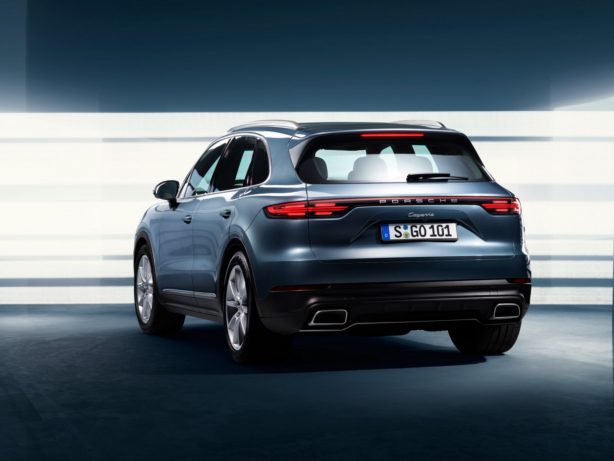 Along the sides, the new model appears to be more athletic thanks to a slightly lower roof, smaller rear quarter windows and more muscular rear haunches.

The most significant change externally takes place at the back of the luxury SUV, where it adopts the rear light treatment of the Panamera Sport Turismo.

Inside, the new Cayenne’s cabin receives a wholesale upgrade with a brand new dash that is dominated by two different digital displays, one each for the infotainment system and climate control. There is also a new three-spoke steering wheel and new instrument cluster.

We’ll have to wait for the official reveal for the SUV’s engine lineup, but the Cayenne is expected to be propelled by a range of engines shared with the Panemera. That means a turbocharged 3.0-litre V6 with 246kW and 448Nm of torque, along with a twin-turbo 2.9-litre V6 packing 328kW and 548Nm of torque. a plug-in hybrid as well as diesel variants are also on the cards.