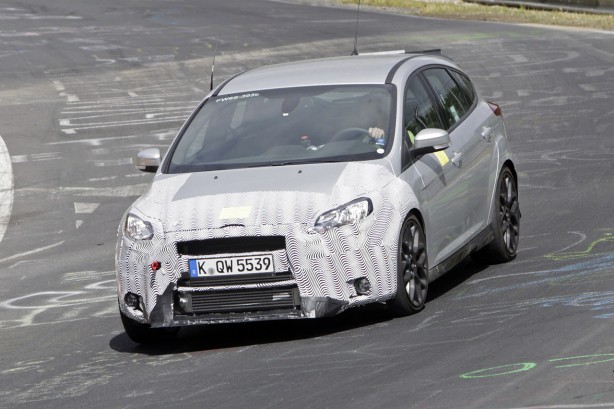 The upcoming Ford Focus RS has been spotted testing at the notorious Nurburgring circuit in Germany, only a week after the carmaker brought the hardcore Mustang SVT out to play at the track.

Originally intended for release in 2015, the launch of the all-new Focus RS has been pushed back to 2016. While no reason has been given for the delay, it is highly likely Ford is fearful of the Focus RS cannibalising the Mustang’s sales in Europe. 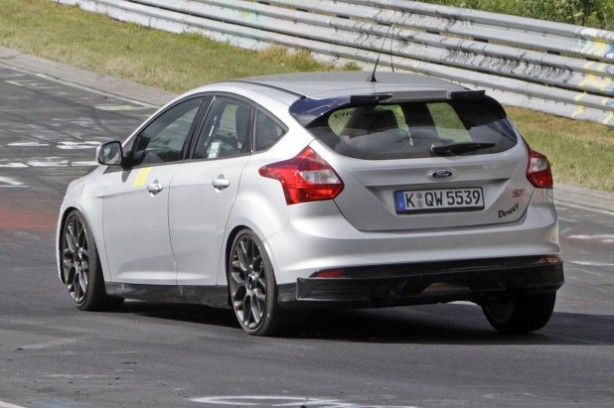 The Focus RS will be the performance flagship of the new Focus range.  It is expected to use Ford’s new 2.3-litre turbocharged EcoBoost four-cylinder engine borrowed from the new Mustang, which generates more than 227kW (305 bhp) and 406Nm (300 lb-ft) in the pony car. In the Focus RS, Ford is said to have wound up the wick on the engine to deliver around 243kW (330 bhp), making it 22 kW more powerful than the previous RS.

Drive is sent to the front wheels via a six speed manual gearbox. To tame all that power going to the front axle, the Focus RS will employ a mechanical limited slip differential and RevoKnuckle front suspension (Ford’s adaptation of the MacPherson strut) to quell wheel spin and improve torque distribution.