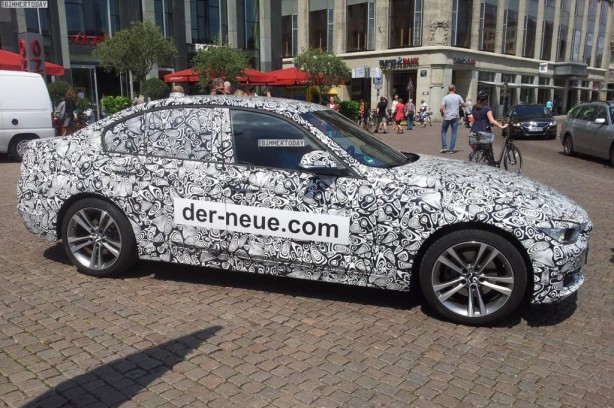 The marketing boffins at Jaguar have come up with an ingenious way of redirecting customers, and potential customers, of their German rivals to their brand – in particular, the upcoming Jaguar XE. The company has bought a handful of its competitors’ cars, covered them in camouflage and then display them in German cities. 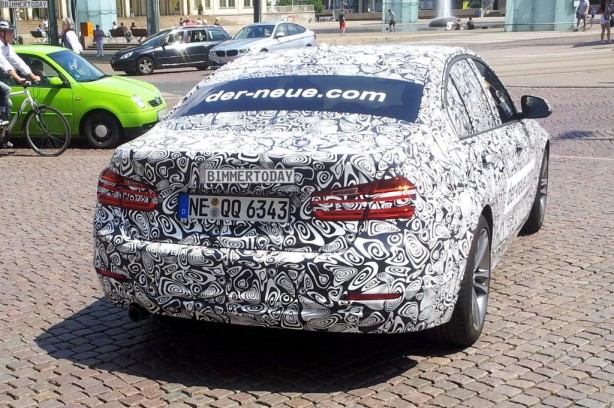 One of the vehicles caught on camera is this BMW 3 Series. The idea is to trick people into believing that the vehicle is actually the forthcoming facelifted 3 Series prototype!

Smacked on the camouflage is the label “der-neue.com” that invites those people to find out more about the purported facelifted 3 Series. Of course unwittingly, the website is actually for the 2015 Jaguar XE!

They did the same with a Mercedes C-Class and Audi A4. Clever!

As some of you may already know by now, the XE is Jaguar’s answer to the BMW 3 Series, Mercedes-Benz C-Class and Audi A4. It will be one of the British marque’s most important new models, and its marketing department is in overdrive on the lead up to the car’s Sept 8 unveiling.