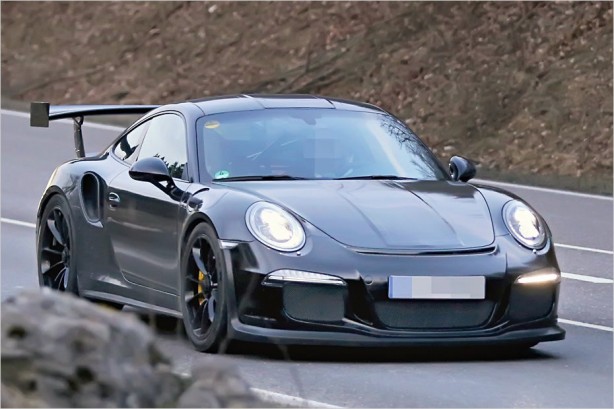 The upcoming Porsche GT3 RS has been caught undergoing testing on public roads, despite the company temporarily halting sales of the GT3 after at least two examples caught fire in Europe due to engine failure.

While an investigation is underway to find out the cause of the fire, the GT3 RS hits the road for some final tweaking to gear up for 2014 third quarter release.

Like the Porsche GT3 it is based on, the track-focused RS will almost certainly come exclusively with a PDK dual-clutch transmission. Aerodynamic is a major focus for the RS as Porsche aims to improve downforce by at least 50 percent over the already lithe GT3. In line with previous RS, the new one will be put on a strict diet to shed all unnecessary weight, including a plastic rear windscreen and basic interior, making it even lighter than the GT3’s 1,429 kg curb weight. 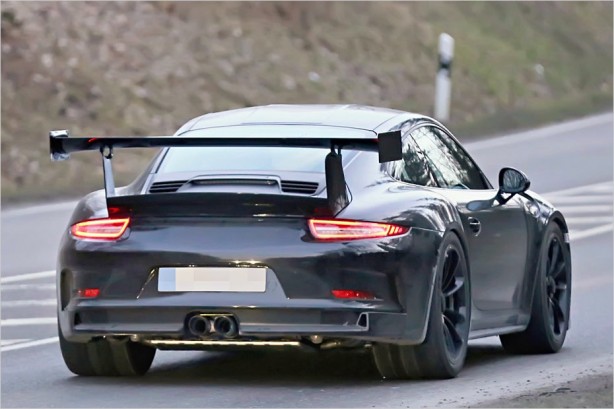 The spy photos reveal some interesting design elements of the new GT3 RS – a significantly larger rear wing and air intakes behind the doors, which could suggest that the RS is forced inducted.

Apart from the GT3, there is also the new 911 GT2 in the works, which is scheduled for late 2014 release. This will be followed by the hardcore 911 GT2 RS a year later.