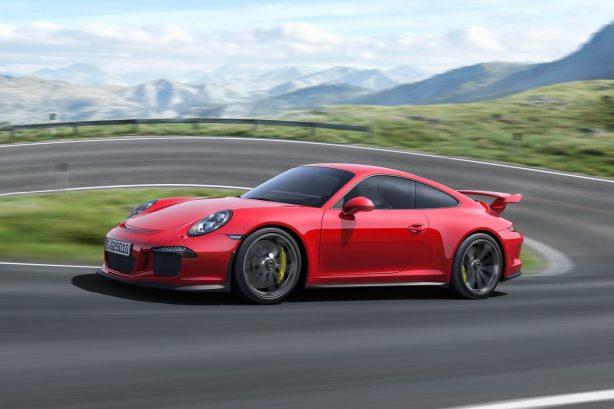 The new Porsche 911 GT3 has been revealed by the sports car maker, coinciding with the company’s 50th anniversary.

This is the fifth model to wear the GT3 badge since the 996-series original. Based on the 991 Porsche 911, the GT3 is powered by a tweaked version of the regular Carrera S’ 3.8-litre direct injected flat-six engine.

However, Porsche is quick to point out that the two engines only share a few parts, as most of the components, such as the crankshaft, valve gear, titanium connecting rods and forged pistons have been beefed up and are unique to the GT3. 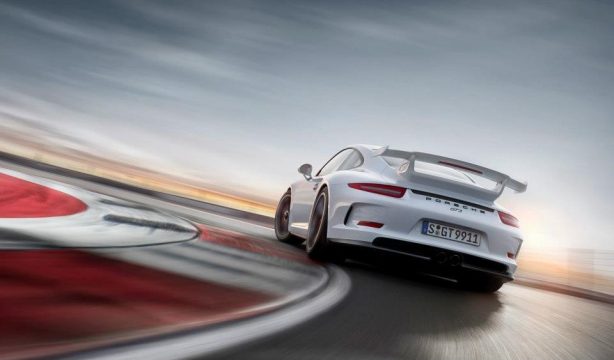 This is a departure from previous GT3’s, where the powerplant was derived from the “split” crankcase “Metzger” engine – name after Han Metzger who designed the engine for the 964 air-cooled series.

Like all 991 911, the GT3 features electrically-assisted power steering and a dual-clutch transmission, instead of a manual. The latter is again based on the same unit found on ‘garden variety’ 911s, but redesigned by Porsche Motorsport to resemble the sequential units used in race cars, with shifts taking less than 100 milliseconds. 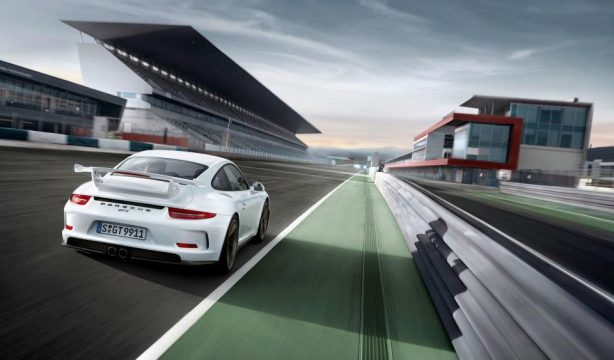 For the first time in a Porsche, the all-new 911 GT3 features active rear wheel steering. This steers the rear wheels in the same or opposite direction to the front wheels, depending on speed to improve both stability and agility.

Visually, the usual GT3 trademark styling are present, such as the fixed rear wing, single-lock alloys, bespoke front bumper and bonnet vents. It rolls on 20-inch alloys and its suspension can be adjusted by height, toe and camber. 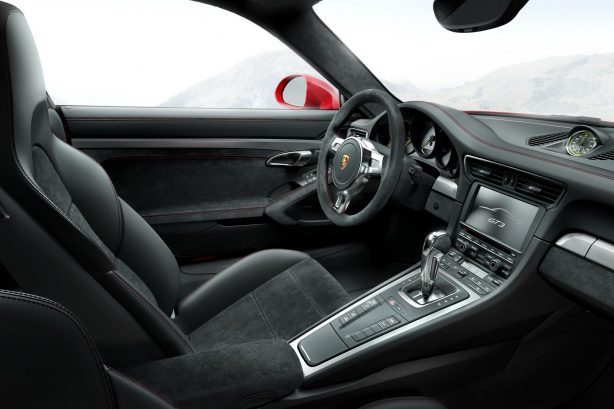 The all-new Porsche 911 GTS will go on sale in Germany in August this year, with a €137,303 price tag. Porsche Australia confirmed that a limited number of GT3s will be available late this year with pricing to be announced closer to launch.