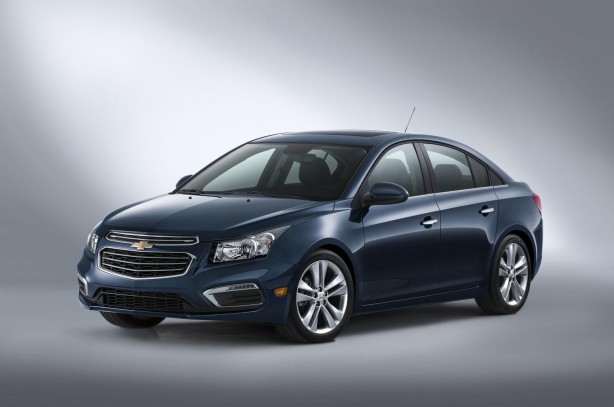 A mildly face lifted Chevrolet Cruze (Holden Cruze in Australia) has been unveiled ahead of its official debut at the New York Auto Show.

The 2015 Cruze adopts Chevrolet’s “dual-port” grille at the front, together with restyled front bumper with LED daytime running lights (on LT and LTZ variants). At the back, the familiar taillights have been slightly revised as well. 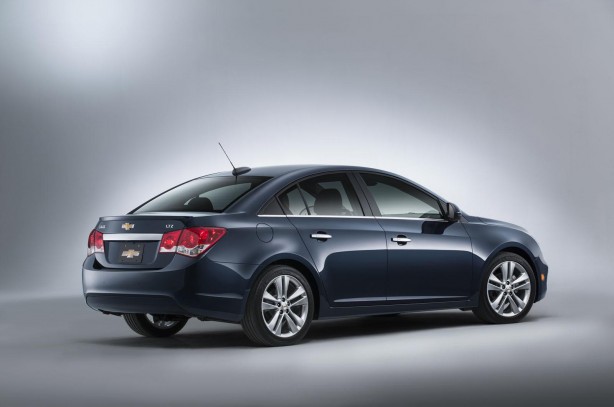 Inside, changes are even subtler but the 2015 model gains revised switchgear and improved cupholders, which is said to “make it easier to insert and remove cups.” The Cruze also receives Siri Eyes Free technology and a Text Message Alert system, which is capable of reading texts out aloud. 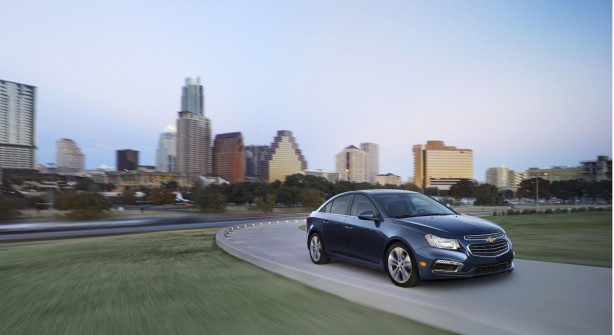 The 2015 Chevrolet Cruze goes on sale in the US this spring, with Australian sales to follow not far behind.