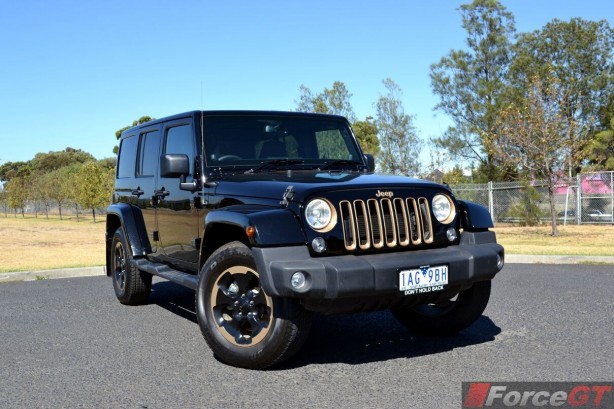 For the past 60 years, the Jeep Wrangler has been the symbol of freedom on four wheels. While the world has progressed from analogue to digital, the Wrangler has seemingly refused to move an inch away from its roots. But who cares? People want a no nonsense offroader that is capable of going to places where the average modern Toorak tractor would struggle to even clear a fallen branch. And the Jeep Wrangler is exactly that.

The 2014 Jeep Wrangler range sees the addition of two limited edition models – Dragon and Special Ops – we have on test here. Both editions feature a host of specially styled interior and exterior tweaks to provide a unique look.

Price for the Wrangler range starts from $36,500 for the Sport Unlimited manual and topped off with the Dragon limited edition at $51,000. Unlike the Dragon edition model, the Special Ops is also available as a package which can be added as an option across the standard Wrangler range. It includes high-riding suspension, all-black alloy wheels, a tougher front bumper with a winch, vented bonnet and other metal bits in place of plastics. These extras cost $8,600.

Not much has changed in the Jeep’s basic shape since it was born in 1941. Now in its third generation, the Wrangler is a direct descendant of the Willys MB World War II cross-country military vehicle. It has since become one of the most iconic four-wheel-drive shapes. 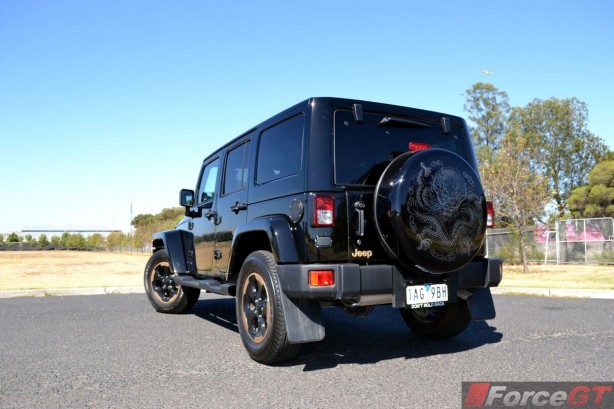 The timeless design is dominated by those massive wheel arches, high ground clearance, rugged bumpers and upright windscreen. Nothing describes the design philosophy of form follows function better than the Wrangler. And it’s shaped this way to allow you to plough over anything but the toughest obstacles.

It’s the same story inside. You get more shade from the vast removable roof that extends out further than that on a passenger car, which is why the A pillars are almost vertical. The power window switches are located in the centre console rather than in the doors so they don’t get wet in deep water crossings. There are even drainage plugs under the removable carpets!

You do come in contact with a lot of hard plastic in the cabin, but they feel more industrial than budget grade. The interior is nothing fancy as everything feels basic and fit for purpose. 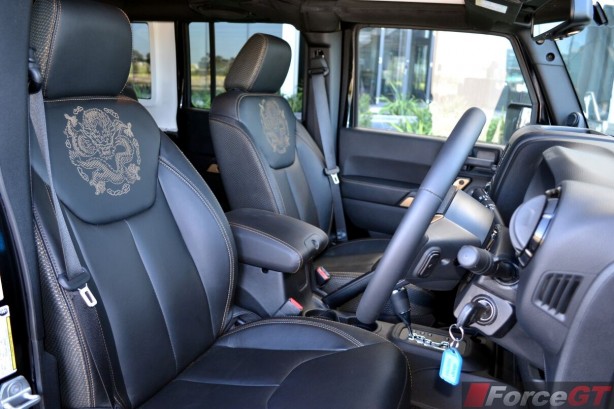 The Dragon special edition gets numerous bronze accents inside out. For the exterior, these include bronze outer rim on the 18-inch alloy wheels, bronze accented grille and headlight and Mopar fuel filler door with Dragon bronze bolts. The Dragon theme continues inside the cabin with bronze contrast stitching for the Black Nappa leather upholstery, Dragon applique on grab handle and instrument cluster, and Dragon embroidered front seats and boot floor mat.

The Wrangler’s boxy passenger compartment yields reasonably generous headroom and legroom. It sits five adults with ease, though the seats are not the most comfortable. The boot has only 498 litres of space, which is not a lot in SUV standard.

The Wrangler is powered by a 3.6-litre Pentastar V6 petrol engine developing 209 kW of power and 347 Nm of torque. The same engine is also found under the bonnet of the Grand Cherokee petrol. It’s a smooth powerplant delivering linear power to all four corners through a full time AWD system with a lockable centre differential.

While the 5-speed automatic transmission is more suited for off-road driving, it’s less efficient in harvesting the engine’s wide torque band compared to the brilliant ZF 8-speeder used in the Grand Cherokee. Around town, this translates to much poorer fuel economy. 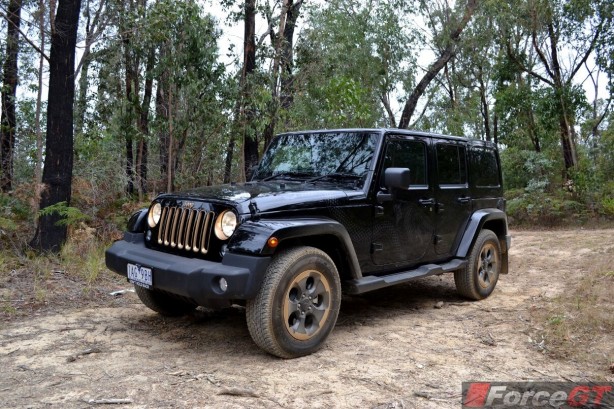 Unless you live in the wilderness, you are better off with something else as a daily driver.

The stiff suspension means the Jeep jiggles on most bumps and ruts on the tarmac. The steering, although adequately weighted, tends to follow the undulations of the road and requires constant correction. There are also loads of wind and road noise at three digit speeds. But the worst of all is the atrociously large turning circle, making navigating through tight spot or making a U turn a nightmare.

Take the Wrangler off-road you get what it’s all about. The fully lockable diff distributes power equally between front and rear. Coupled with a rugged low-range box and the short overhangs front and rear, the Wrangler transforms into the ultimate freedom machine capable of tackling just about any kind of terrain. 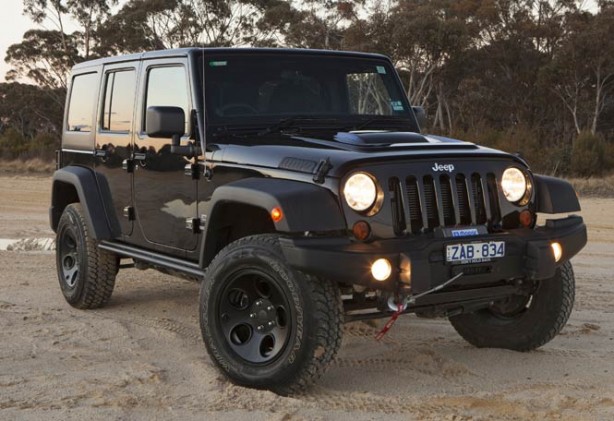 While the Wrangler feels tough and rugged from the outside, it feels plasticky inside. The interior is not the most well put together either.

To its credit, the Jeep Wrangler has a solid record for reliability. thanks to decades of development and evolvement in the harshest conditions.

Already, the 3.6-litre V6 is not the most efficient mill out there. Paired with the dated 5-speed automatic, its fuel economy can only be regarded as mediocre.

Over our week long test with a good mix of driving over various roads including off road track, the Wrangler’s recorded average fuel consumption is a thirsty 14.2/100km, against a claimed average of 11.3L/100km. 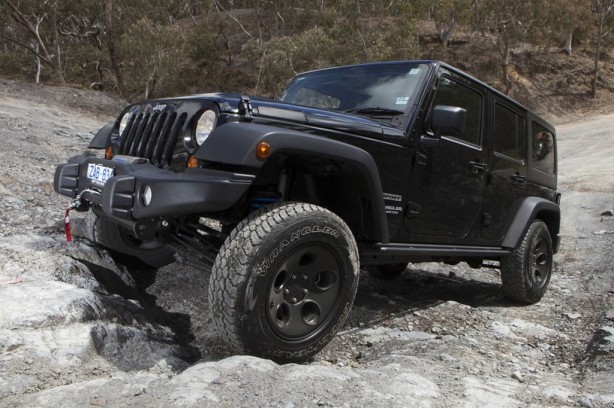 Other than the Dragon tattoos plastered all over the off-roader, the top spec Wrangler Dragon comes with enough gear for your off-road Dragon hunting excursion.

The Jeep Wrangler remains brilliant at conquering the jungle, just don’t expect too much of it on tarmac.