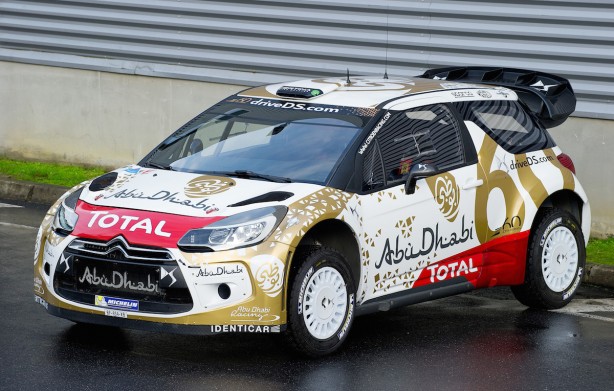 The Citroën DS3 WRC has been redressed for the 2015 season to mark the 60th anniversary of the DS brand. 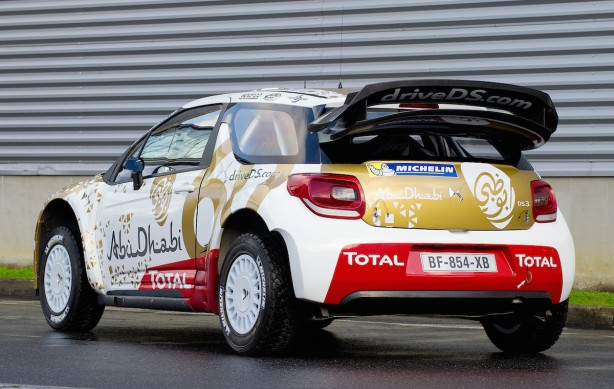 The start of the 2015 FIA World Rally Championship season starting at this month’s Rallye Automobile Monte-Carlo, will also see the arrival of two new partners for the Citroën team. Official WRC timekeeper since 2013, Certina will feature on the bodywork of the DS3 WRCs and the overalls of the crews, while automotive equipment manufacturer, Sparco, will become an official Citroën Racing supplier. 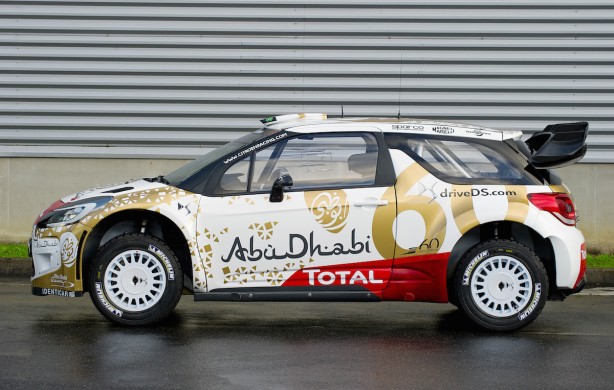 “We’re very pleased that prestigious partners like Certina and Sparco share our passion and have decided to pledge their support to us,” commented Yves Matton, Citroën Racing Team Principal. “We hope to defend their colours very successfully throughout the world, on some of the planet’s most beautiful and most difficult roads.”