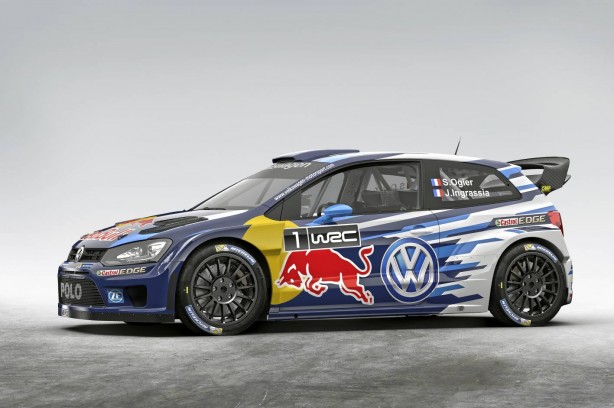 Volkswagen has introduced the second-generation Polo R WRC at a special event in Wolfsburg, Germany.

The 2015 model has shed its white livery and now sports a dark-blue front and merge into the white rear, which features a towering new rear wing. 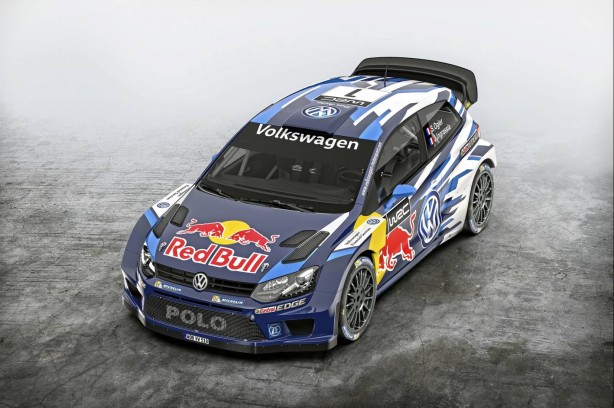 “The new Polo R WRC has undergone intense further development, both on the inside and the outside,” said Dr. Heinz-Jakob Neußer, Volkswagen Board Member for Technical Development. “Not only does it look even more dynamic and sporty than it did before, but our engineers have also been working meticulously on technical innovations under the bonnet and have improved many detailed aspects of the package that has been so successful for the past two years. The focus of this further development was on efficiency, reliability and performance. We can hardly wait to see the new Polo R WRC in Monte Carlo and at the other twelve rallies on four continents.”

Volkswagen’s engineers have also implemented a few changes under the bonnet, with the hydraulically activated gearbox, which is operated via a shift paddle on the steering column, representing the biggest innovation. 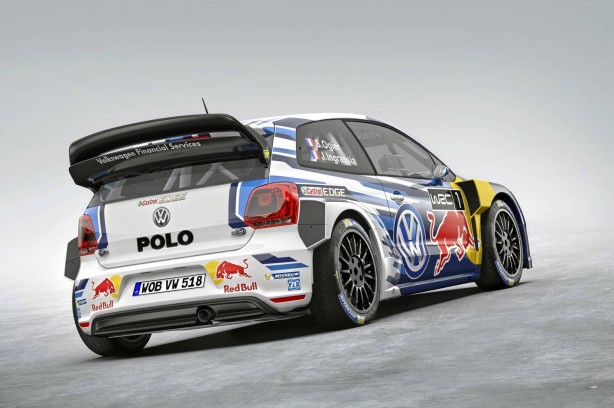 Furthermore, three quarter of last year’s components were checked and many of them optimized, with the aim of making everything “simpler, lighter, and stronger”.

Double world champions Sébastien Ogier/Julien Ingrassia (F/F) and team-mates Jari-Matti Latvala/Miikka Anttila (FIN/FIN) and Andreas Mikkelsen/Ola Fløene (N/N) will roll down the starting ramp in the 2015 Polo R WRC, and head onto the first special stage of the year at the legendary Rally Monte Carlo on 22 January.