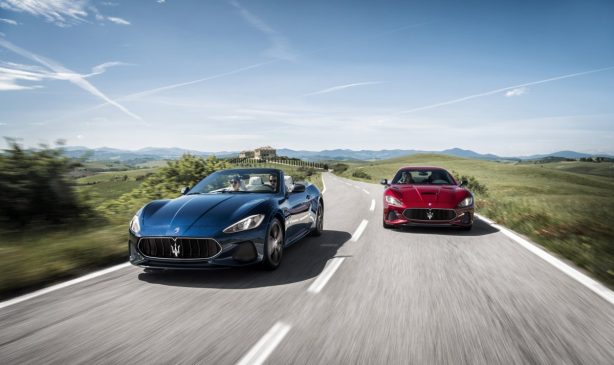 The 2018 Maserati GranTurismo has arrived in Australia with a host of refinements and improvements. Streamlined for 2018, the GranTurismo range are now offered with two well-defined variants, the Sport and MC.

Updates to the exterior include a new front bumper featuring a larger, hexagonal grille with redesigned air ducts. The central splitter is the element that most clearly distinguishes the two models and the track-focused GranTurismo MC boasts an even more pronounced design, giving greater emphasis to the motor racing pedigree. The new front bumper and redesigned air splitter, meanwhile, reduce dynamic drag from 0.33 to 0.32.

GranTurismo MC is equipped with a carbon-fibre bonnet in the body colour as standard. The bonnet also features downforce-optimising air-vents. Additionally, there are vertical air vents in the front wings, deep functional side skirts, titanium brake calipers (black in the Sport) and 20” Trofeo Silver forged wheels, now 10% stronger and lighter. A pronounced rear lip spoiler is another dynamic highlight. 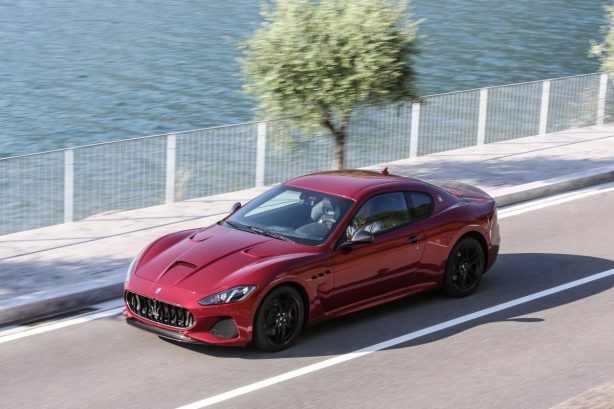 While the sleek body of the GranTurismo remains untouched, the rear bumper has been updated a neater, more cohesive design. The central diffuser is specific to each version. The emphasis is on elegance with the GranTurismo Sport, with the oval exhaust outlets appearing at the bumper’s edges. The GranTurismo MC is decisively sportier, with round outlets coming through the central, transparent diffuser. The exhaust system of the MC version is lighter and has a flat that opens in Sport mode for a sportier exhaust note.

The MY18 GranTurismo is fitted with new, lightweight, fourth-generation Pirelli P Zero™ tyres. These contribute to a reduction in unsprung weight plus better suspension performance and tyre grip.

The interior of the GranTurismo offers improved comfort thanks to its four individual Poltrona Frau leather seats with integrated headrests. For 2018, the dashboard features a more sculptured design in the passenger area, complemented by stitched leather finishes. 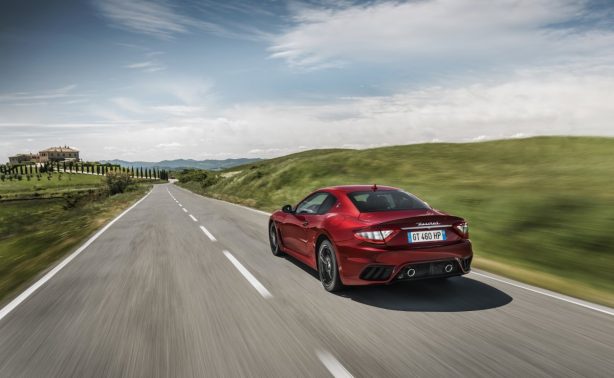 Like before, power comes from the naturally aspirated V8 engine. Hand-assembled by Ferrari in Maranello and weighs only 175kg, the 4.7-litre V8 features a wet sump and – exclusive to Maserati – a cross-plane crankshaft which promises an ultra sharp throttle response and free-revving characteristics. It produces 338kW @ 7000rpm and 520Nm @ 4750rpm, sent to the rear wheels via a ZF six-speed automatic gearbox.

“The Ghibli and Levante may have transformed the availability and broadened the ability of Maserati’s range, but these new models owe their Maserati soul to the GranTurismo,” says Glen Sealey, Chief Operating Officer of Maserati Australia, New Zealand and South Africa. “Those new models sound, look and perform they way they do because the GranTurismo set, and continues to set, the benchmark for Maserati. It is, and remains, the heart and soul of what it means to be a Maserati.” 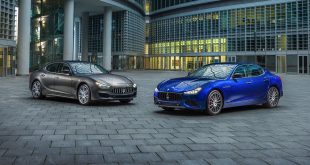