Holden has today announced the all-new Astra Sportwagon will be heading to Australia later this year to join the recently launched Astra hatch and the recently announced Astra sedan to complete the company’s new small car range.

Based on the same underpinnings as the highly acclaimed Astra Hatch, the incoming Astra Sportwagon is powered by a 1.4-litre turbo petrol engine with six-speed automatic transmission and stop/start technology across the range.

Designed for optimum practicality the Astra Sportwagon boasts over 1,600L of boot space ensuring even the most indecisive of luggage packers is taken care of. Precious cargo is protected by a full suite of active safety technology including Auto Emergency Braking, Lane Keep Assist and Forward Collision Alert in addition to a Rear View Camera.

“Astra Sportwagon gives customers the best of all worlds with sleek, stylish design and impressive interior space, all supported by a wealth of driving and infotainment technology.”

Designed and engineered alongside its hatch sibling, at Opel’s Russelsheim headquarters, and built in the UK at Vauxhall’s Ellesmere Port manufacturing facility, Astra Sportwagon benefits from the same tuning setup as the hatch, co-developed by the Holden team over multiple European testing drives.

Astra Sportwagon will be the thirteenth new vehicle to be launched since Holden’s 2015 commitment to introduce 24 new models by 2020. Holden’s new model onslaught also includes a further three vehicles confirmed; Equinox, Acadia and the next-generation Commodore. 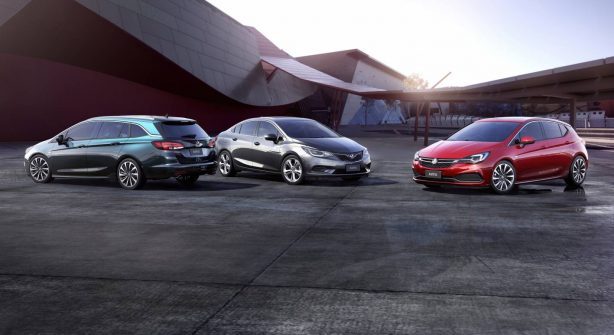