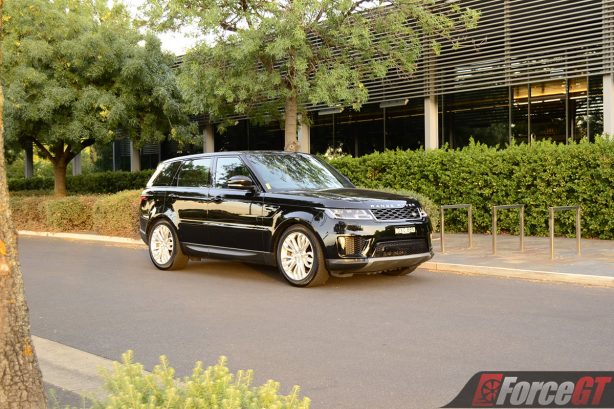 Launched in 2013, the second-generation Range Rover Sport is one of Land Rover’s most important models and to keep it fresh, the line-up has been given a once over for 2019.

Besides the customary cosmetic tweaks that bring refreshed front and rear bumpers, there’s also slimmer LED headlights as well as new 3D graphics for the taillights. But what makes this update worthwhile is the debut of the stunning interior pinched from the Velar that elevates the 2019 model’s interior to new heights.

It’s welcomed and necessary as the fiercest battles are fought from within, with interior presentation and technology at the forefront of the push to outgun each other in the battle for class supremacy. 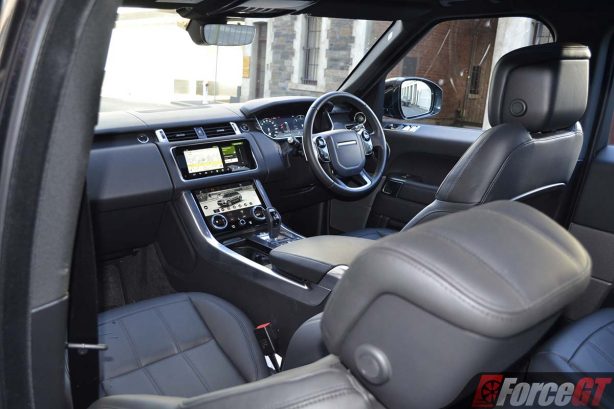 While the exterior freshen up does a good job in keeping the stately Sport up to date, the headline news is its classy new dashboard. Standard across the line-up, the Rangie’s high-tech, buttonless cabin boasts no less than three high-resolution widescreens – one in front of the driver and two touch-sensitive ones on the centre of the dash that control various functions from the climate control to Range Rover’s Terrain Response system.

The driver’s digital display, dubbed Interactive Driver Display, can be configured into four different displays to suit your taste, including full map view for easy navigation. It’s done via the new steering wheel which is also shared with the Velar. And like the Velar’s, the touch pad isn’t the easiest to use and is a hit-or-miss affair, requiring a firm press most of the time to select a function.

The electrically tilt-able upper display focuses on sat-nav, audio and phone connectivity, while the lower screen takes care of climate control and vehicle settings, including the above mentioned Terrain Response.

While presentation is excellent, screen response could be improved, as there’s generally a 1.5 second delay from pressing an icon to the system actually responding. The sat-nav map is crisp and can be zoomed in or out using pinch open and close fingers gestures. You can also easily move the map around by dragging it on the screen just like your smartphone.

We also appreciate the dual rubberised dials that are used to easily change the temperature, as well as rotating through the vehicle modes and Terrain Response when in vehicle settings menu. 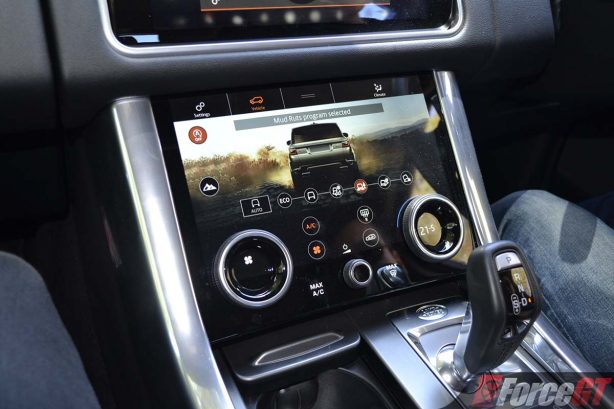 All plastic are soft to the touch and you’d be hard pressed to find anything cheap in the Rangie’s cabin. Built quality is also good, with no rattles or creaks in our well-used 5,500km test car. 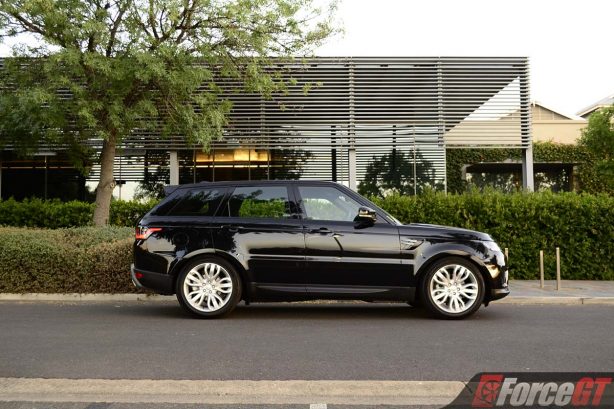 There’s a choice of four, six and eight cylinder engines in petrol and diesel, kicking off with the four-cylinder turbo petrol Si4 from $96,728.

All variants get permanent four-wheel drive, along with the off-road prowess of Terrain Response 2 and a smooth shifting eight-speed automatic transmission. 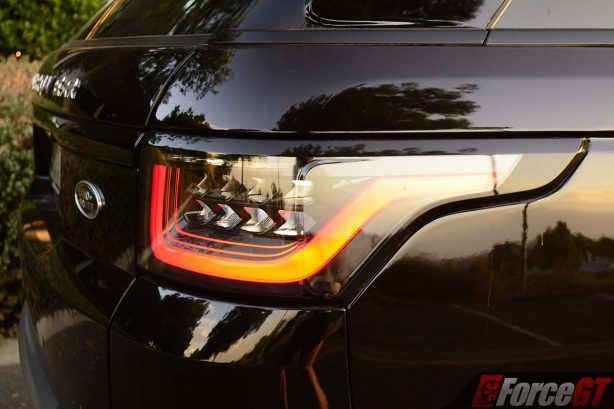 Interestingly, the closely matched (in terms of equipment), entry-level Porsche Cayenne is priced from $116,300.

Despite costing nearly twice of the average Australian worker’s salary, some items such as Blind Spot Monitoring and Driver Conditioning Monitor – standard on most family hatchbacks – are optional.

All stickers are without on-road costs, which varies depending on the state you’re in.

How comfortable is it? 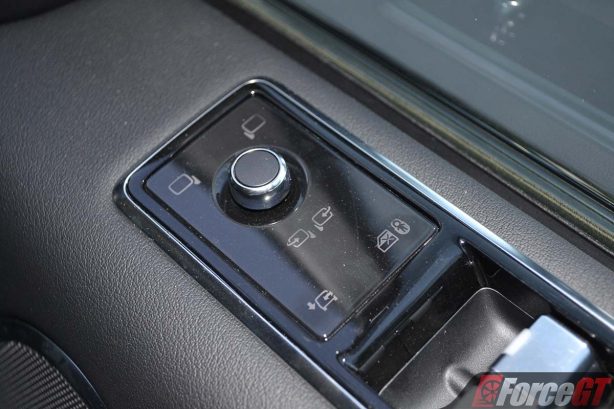 To ease entry and exit, the Sport’s air suspension automatically drops the car lower to the ground when parked. You can also manually lower the vehicle for your passengers to get in and out by pressing on the little switch with a down arrow located in the lower left-hand corner of the wing mirror controls.

The sumptuously upholstered seats are easily the most comfortable of all the JLR vehicles I’ve driven, although the squabs in the front seats don’t tilt and there’s no memory function as standard. 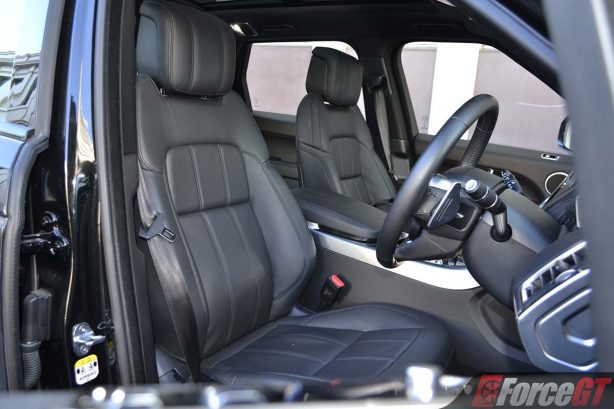 At the back, the rear seat back rests’ angle can be adjusted for extra comfort, while rear seat head and foot room are good.

Cabin refinement is excellent, too with road and wind noise well suppressed, making it an excellent long distance cruiser.

Ride quality around town is acceptable given our Rangie’s large 21-inch boots with only some minor thumping and crashiness on larger potholes but they are by no means jarring.

How much storage is there?

For a start, there are two felt-lined glove boxes that are big enough for a small laptop (top). Then there is a massive storage bin underneath the slidable front cupholders, as well as under the central armrest.

All doors have door bins that are large enough to fit water bottles, while rear seat passengers get sturdy magazine holders mounted on the front seat backs. There’s a small storage area and a couple of cupholders in the rear centre armrest, too.

Our five seat Range Rover Sport (7 seat is optional) comes with 784 litres of boot space with the rear seats in place, and 1,761 litres with them folded. That’s impressive considering you also get a full-sized spare. 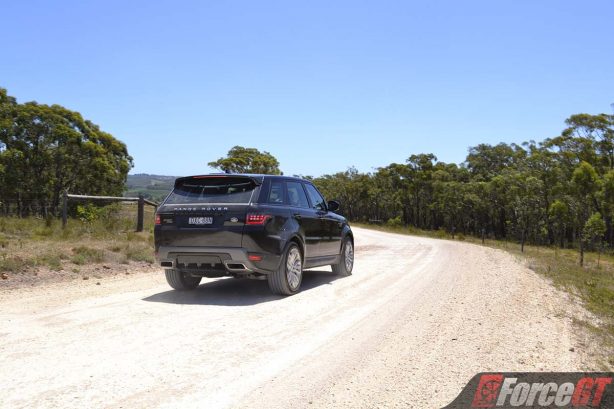 Despite the Sport badge, the Range Rover Sport isn’t the most dynamic SUV in its class. For that, you will have to head in the direction of the Porsche Cayenne or Audi Q7.

There is noticeable vertical body movement on uneven surfaces and it leans to a fair degree through corners. Nevertheless, it handles relatively well for a substantial 2.2-tonne vehicle with plenty of grip from the wider rubber (optional).

Its steering is numb in the straight ahead but wind in more lock and it progressively gets more communicative. However, drive it more sedately and it is one of the best high-riding cruisers in its class.

The Rangie’s biggest trump card over its rivals is no doubt its capable Terrain Response 2 off-road abilities. Flick the dial to turn-on off-road mode and raise the air-suspension and the large Brit SUV could traverse some of the most challenging terrains thrown at it.

It has good ground clearance to ensure you won’t hit anything in the delicate under carriage area while wheel articulation is excellent on uneven surfaces to ensure you almost always have four wheels on the ground for maximum traction. 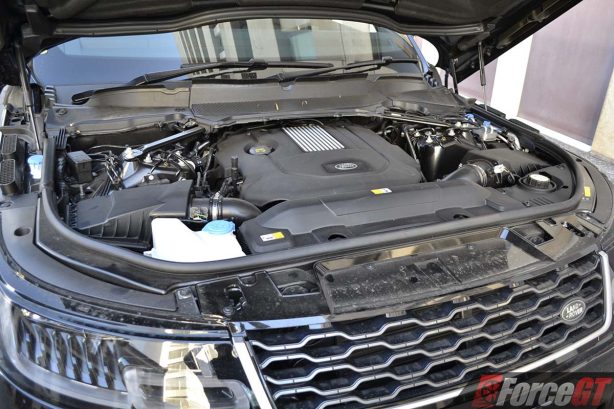 The Sport’s twin-turbo diesel V6 is by far the best engine in JLR’s diesel range, Ingenium engines included. It’s smooth, muscular and sounds pretty good for a diesel. In fact, it doesn’t sound like a diesel at all from inside the car!

Even its engine stop/start aren’t as intrusive as the Ingenium diesel and it’s certainly smooth when paired with the quick shifting and intuitive eight-speed automatic transmission.

While paddle shifters are provided for those wanting slightly more control over the car, the transmission is smart enough to pick the right gear most of the time, making them a little redundant in my opinion. Besides, red line arrives at just a tick over 4,000rpm meaning you’ll be flicking the paddles a lot.

The Range Rover Sport is an excellent alternative to the mainstream German marques if you want to standout with handsome design and a classy and comfortable interior.

The 2019 update brings worthwhile technology and cabin update to match the SDV6’s sweet twin-turbo diesel. With a muscular 3,500kg brake towing capacity, the SDV6 is the only option if you want to tow a horse float or boat in style.

It’s not as sporty or agile as the Porsche Cayenne or Audi Q7 but because it’s a Land Rover at heart, it will go where the Germans can’t. 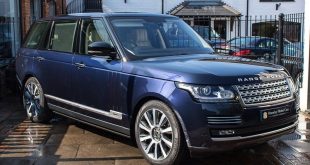