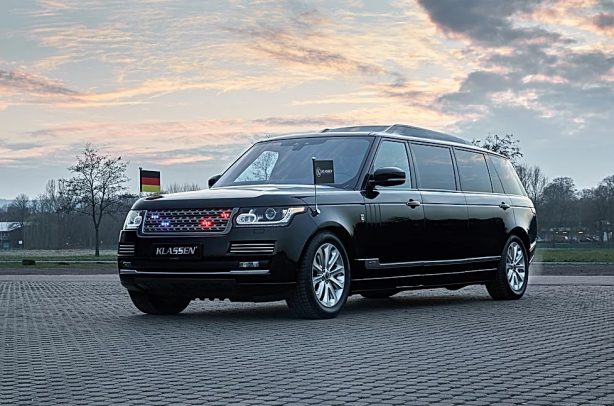 Klassen is well known for its exclusive stretched limos and armoured vehicles, from the humble Volkswagen Transporter to the ultra luxurious stretched Rolls Royce Phantom, but this stretch and armoured Range Rover SVAutobiography probably takes the cake.

Designed as a presidential limo, the car features Level 7 ballistic protection, which means it can withstand multiple shots from a military assault riffle. That’s not all; even its tyres are bulletproof and are guaranteed to drive up to 80km after being shot at. 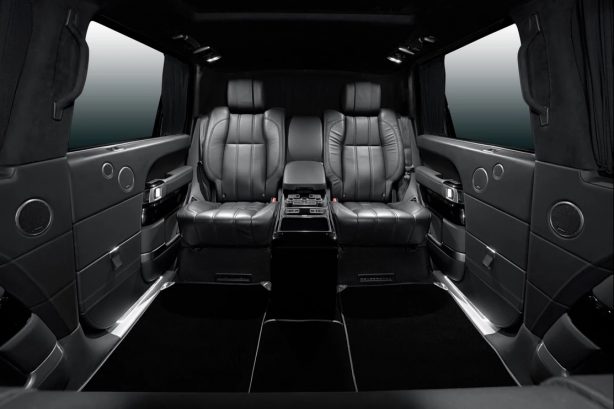 Not only will it keep its most precious cargo safe, Klassen’s SVAutobiography is also 40 inches (1,016mm) longer than the standard model and comes with 3 sets of doors and two extra jump seats.

The rear passenger compartment is completely separated from the driver with a remote controlled glass partition which turns opaque at the touch of a button. Electric curtains are also fitted all around for extra privacy. The ‘Boss’ controls everything via a touchscreen command centre which comes with Apple CarPlay. 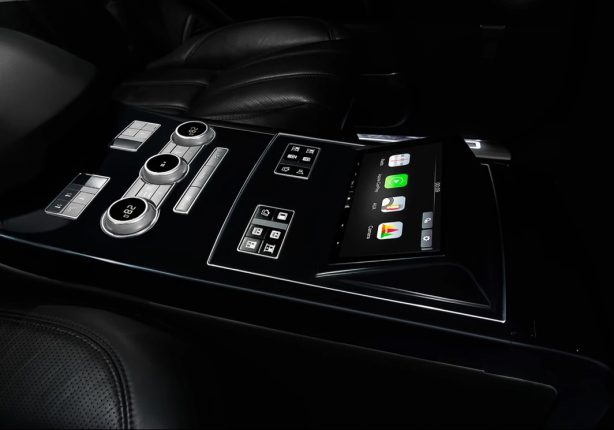 The giant sliding hatch may look like a regular panoramic roof but is designed to be used by heads of state during parades to wave to the crowds and comes complete with grab handles.

It is unclear whether Klassen has fettled with the Range Rover’s 5.0-litre supercharged V8 engine which churns out 415kW and 700Nm of torque.

The German company also hasn’t released any pricing details, but it’s safe to assume it will cost many times more than the stock model’s $403,670 asking price.

Need to put more than 5 bums on seats in comfort? Buy a MPV or …