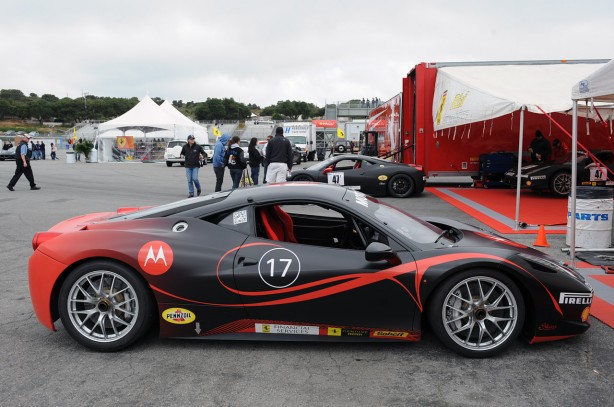 Two people have their lucky stars to thank after surviving a brutal crash during a recent Ferrari 458 Challenge event in Suzuka, Japan.

Driver, Shigeru Terajima, lost control of his 458 towards the end of the start/finish straight on the Suzuka Circuit’s and left the course at nearly 322km/h. The car then struck the inside wall where a circuit marshall was standing and monitoring the race from.

The Ferrari disintegrated on impact, spewing bits of suspension components, carbon fibre bodywork, wheels and tyres into the infield and across the racecourse. The passenger cell then spun through the air before crashing down onto its roof.

Astonishingly, both the crewmember and Terajima survived the incident. Terajima was rushed to the hospital in a serious condition but is expected to make a full recovery.

As for the track marshall, it appears that he saw the imminent crash and leaped out of the way just before the impact.

Check out the terrifying footage of how the Ferrari 458’s met its doom in the video below.