How did this happen? Miracle crash at Carrera Cup [video] 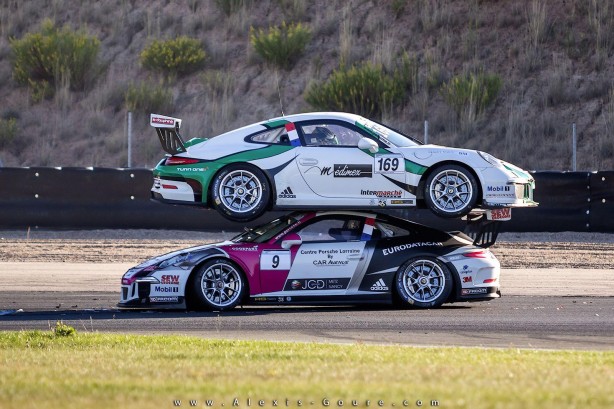 No, it’s not a photoshopped image. And it’s not a stunt either. This pileup occurred during the weekend’s GT Tour’s Navarra 2015 Carrera Cup race in Spain.

The crash involved Jules Gounon in the #169 Porsche 911 GT3 “steering” his way on top of another 911 GT3, #9 car driven by Joffrey De Narda. The accident was so “precise” than Gounon’s 911 GT3 sit atop De Narda’s car in perfect balance.

Both drivers walked away from the crash with no injuries.

Watch the miracle pileup in the video below.