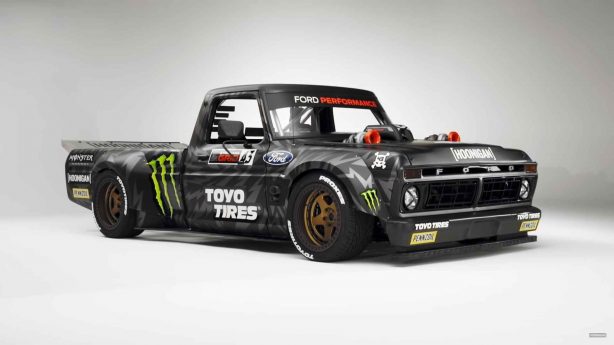 Since making a name for himself with his first gymkhana video 10 years ago, Ken Block has shredded many a tyres in various hotted up machines but none are as radical as this monstrous 682kW Ford F-150 pick up truck. Meet the Hoonitruck. 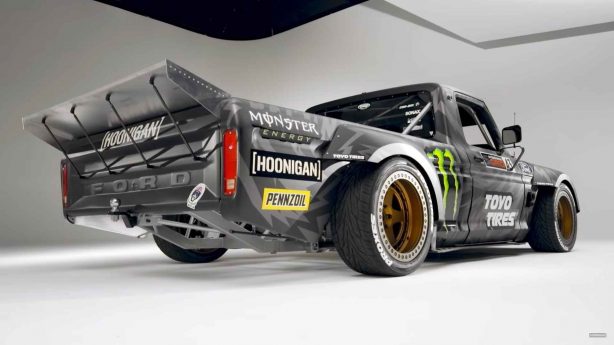 And as you can see from the photos, it’s not just an old F-150 but also one with a massive attitude. Its aluminium bodywork is all hand-shaped, while its snarling custom-tuned Ford Performance V6 EcoBoost engine is lifted straight out of the Ford Racing Ford GT Le Mans.

It produces 682kW of power at 7,400rpm and a brawny 952Nm of torque at 6,450rpm, transferred to all four-wheels via a Sadev 6-speed gearbox. The engine is also said to “sound like nothing you’ve ever heard in a Gymkhana video before”. 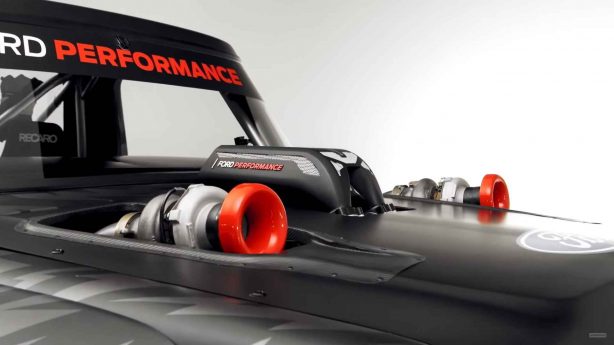 While it might be retro in looks, the Hoonitruck features some up-to-date technologies, including Ford Pass remote start integration, Ford Sync and even a reverse camera and tow hitch.

Ken says it took his team two years to build the truck and it’s “crazy” to throw something of this size around when doing Gymkhana-style driving.

The Hoonitruck will make its official debut at the SEMA show in Las Vegas next week but you’ll have to wait till 7 December to see it in action when Ken Block’s Gymkhana 10 goes live on Amazon Prime.