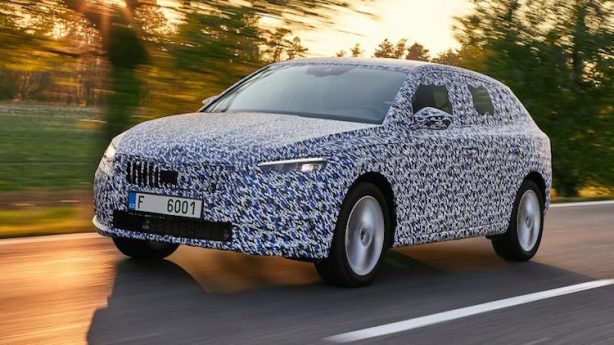 Skoda has released a set of teaser photos and a raft of new details regarding the upcoming Scala hatch ahead of its official unveiling in the coming months.

The Scala will be the first model in the Czech manufacturer’s lineup to be based upon parent company Volkswagen’s MQB A0 platform, which underpins the latest Polo among other models.

However, the Scala is set to be larger than the current Volkswagen Golf, with it measuring in at 4,362mm in length, 1,793mm in width, 1,471mm in height, and sat upon a 2,649mm wheelbase. That makes it 107mm longer, and 30mm wider and taller than the Golf, with 12mm extra length to its wheelbase.

The Scala is also set to offer the largest boot in class too, with its 467 litre storage space a notable 87 litres more spacious than that of the Golf. 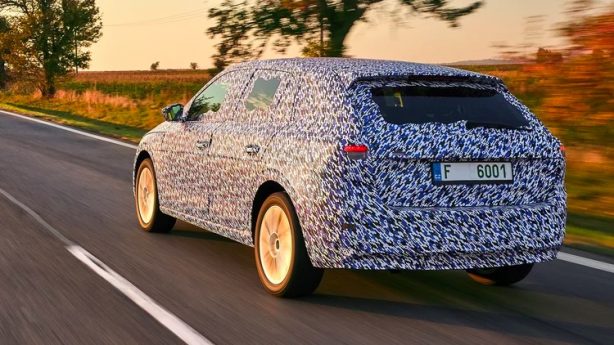 Skoda has also detailed the five different drivetrain options the Scala will be available with in Europe at least, with all of them claimed to be compliant with the latest, stricter Euro 6d-Temp emissions regulations.

Two petrol engines will be available – a 1.0-litre TSI three-cylinder and a 1.5-litre TSI four-cylinder. The former is available in two different states of tune – a less powerful 70kW version is to be available with a five-speed manual exclusively, while the more powerful 85kW unit can be had with either a six-speed manual or seven-speed DSG automatic – while the latter can be had in one 110kW state of tune, with the same transmission options as the more powerful three-pot.

Only one diesel engine will be on offer – a 1.6-litre TDI unit making 85kW and 250Nm, again with the choice of a six-speed manual or seven-speed DSG.

After the initial launch, a dual-fuel 1.0-litre G-TEC three-pot that can run on CNG or petrol will also be added to the range, which is to produce 66kW and be mated exclusively to a six-speed manual gearbox. 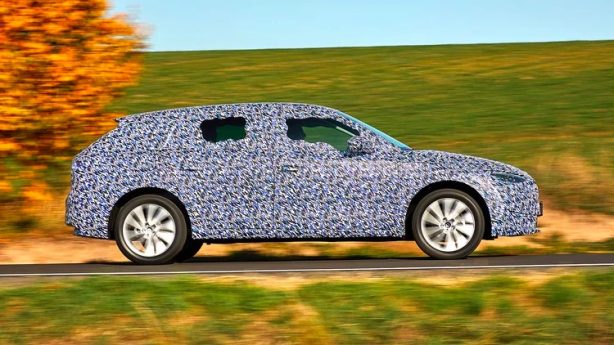 Two distinct chassis tunes will be available, standard and Sport, with the latter riding 15mm lower and offering adaptive dampers.

Being underpinned by one of the latest Volkswagen Group platforms means that the Scala will also sport the latest driver assistance systems, including Autobahn-friendly active cruise control that can operate the steering, throttle, and brakes at speeds of up to 210km/h, a rear traffic alert system, and blind spot monitoring that can detect vehicles up to 70 metres away.

A few of the goodies it’ll have on offer include a 10.25-inch Virtual Cockpit gauge cluster, 9.2-inch infotainment system with over the air updates, an on-board WiFi system. For added convenience, an electric tailgate, electrically retractable tow hook, and even Rolls Royce-like umbrella compartments in the front doors will also be part of the package.

With the provided shots of the entirely camo-clad Scala not giving away much of how it’ll ultimately look on the outside, you’ll have to wait until Skoda’s latest model is officially unveiled in the coming few months to see the final product.