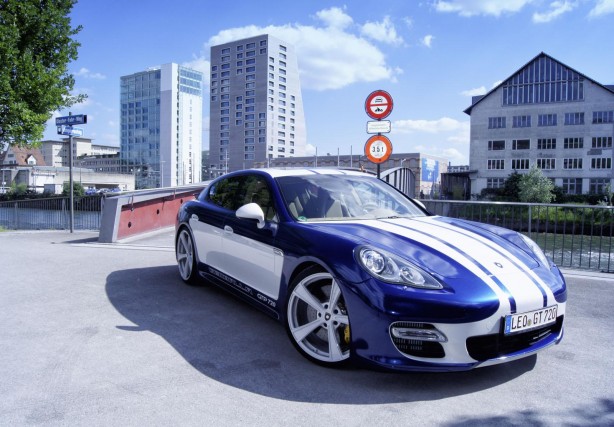 Exotic tuner Gemballa has introduced their latest project – the GTP 720 based on the Porsche Panamera Turbo.

Packing a twin-turbo 4.8-litre V8 under the bonnet, the super sedan produces 382kW of power from the factory. Gemballa takes it to another level by bumping output to a staggering 530kW or 720 hp, which is where the GTP 720 gets its name from.

The GTP 720 sprints from zero to 100km/h in 3.2 seconds, almost a full second quicker than the standard model. Keep it flat out, 200km/h will arrive in just 9.7 seconds, 3 seconds sooner than what’s possible in stock form. 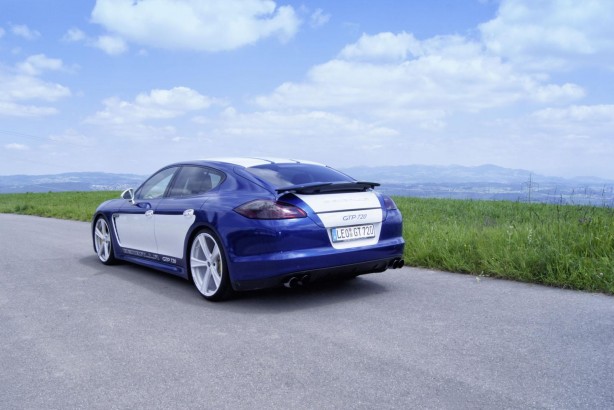 The Gemballa tuned Porsche Panamera also set a new lap record at the Sachsenring circuit, a test track for all Panamera-based tuner cars. The lap time of 1:37.08 minutes makes the GTP 720 officially the fastest Porsche Panamera in the world.

“This exceptional performance is not only due to the car’s horsepower but also to its torque, raised by 255 Nm and available over a wide range of revs,” says CEO Andreas Schwarz and then adds; “Our customers want our engines and cars to be high-performance products, but the cars still have to remain roadworthy, usable on a daily basis. This requires a huge amount of development work. And this has indeed been our input over the past few years.”