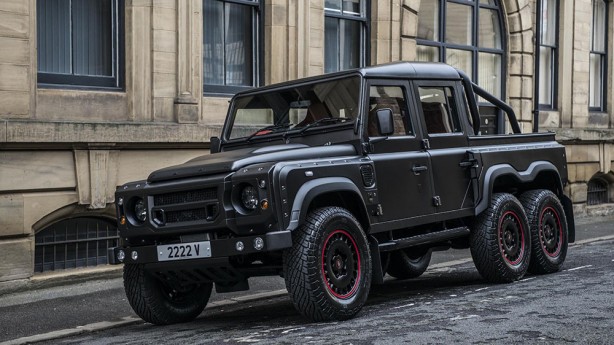 Although not entirely original, the bespoke Land Rover was conceived from the grounds up as a unique, coach-built vehicle based on the Defender and first made its debut at this year’s Land Rover Owners Show in Peterborough. 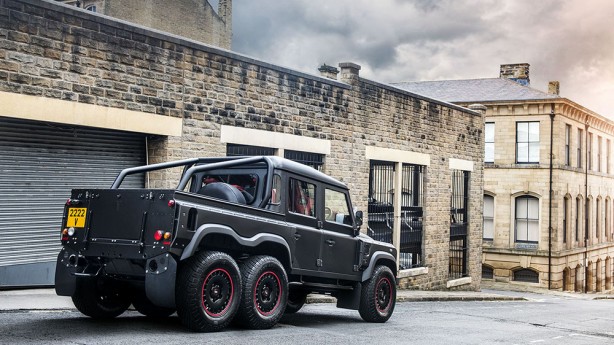 Unlike the G63 AMG 6×6, which keeps most of the regular model’s proportions, the Flying Huntsman looks almost entirely different from the Defender, thanks to its 400mm longer bonnet and stretched cabin. The whole vehicle is also wider by 150mm. Of course, there’s also the third axle and extra two wheels.

Its heavy-duty chassis has been buffed up with upgraded suspension, upgraded brakes, hi-low ratio drive system and locking differentials. 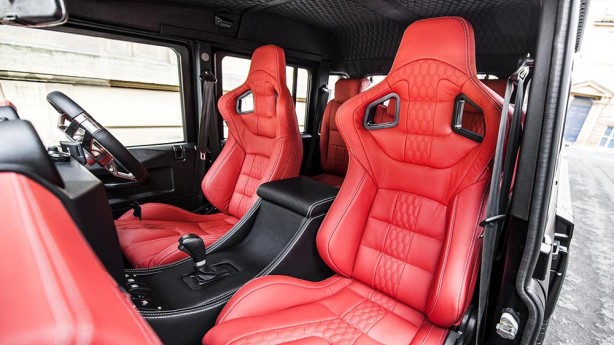 While the example here is powered by a modest 2.2-litre engine, range-topping models will get a 6.2-litre GM LS3 V8 developing around 316kW. The engines are mated to either a manual or automatic 6 speed.

Kahn says it will keep production to just 20 vehicles per annum, thus guaranteeing the car’s exclusivity.

Previous Nissan Altima facelifted for 2016
Next Volkswagen Golf Alltrack on sale now from $37,990