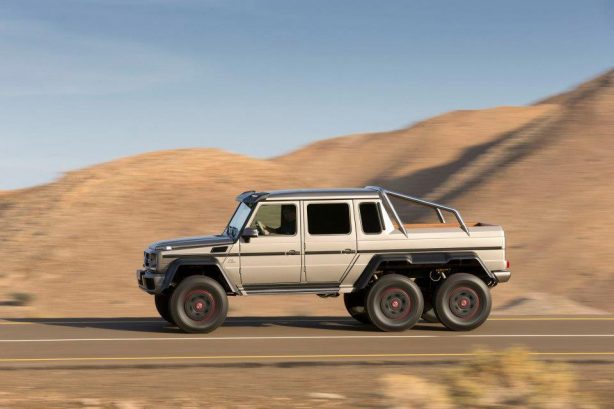 The rugged G63 AMG from Mercedes-Benz is about to get even tougher, with the company confirming that it will soon offer this six-wheeled version for sale.

Originally developed for the Australian military back in 2011, the G63 AMG 6×6 will be built alongside the regular G-Class range at Magna Steyr’s operations in Graz, Austria.

Mercedes-Benz has yet to reveal pricing for the vehicle, but in an interview with Autoweek, the head of development for the Mercedes-Benz G Class range, Axel Harries, said interested buyers can expect to pay no more than the €350,000 recommended price of the company’s most expensive model, the SLS AMG Electric Drive. 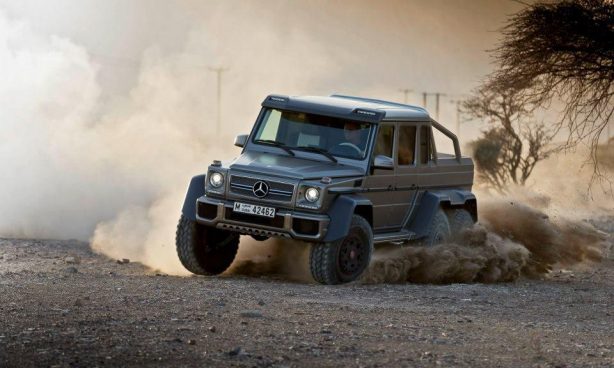 While the commando version of the vehicle was based on the diesel-powered G320 CDI, the civilian variant uses the more powerful biturbo 5.5-litre V8. It produces 406kW of power and 760Nm of torque, and is matched to a seven-speed automatic transmission. 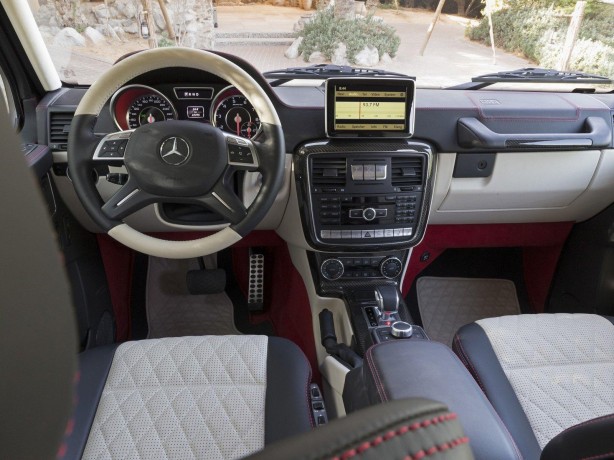 The G63 AMG 6×6 comes with a four-door body with a polished bamboo cargo tray at the back, which has a maximum payload capacity of 650kg. The six driven wheels are equipped with low range gearing, a tyre-control system for its standard 37-inch wheels, and five differential locks that offer 100 per cent lockup of all six wheels via a trio of switches on the dash.

Mercedes is predicting sales of between 20 and 30 units annually when the G63 AMG 6×6 goes on sale in October. It is unclear at this stage whether the car will be brought into Australia.