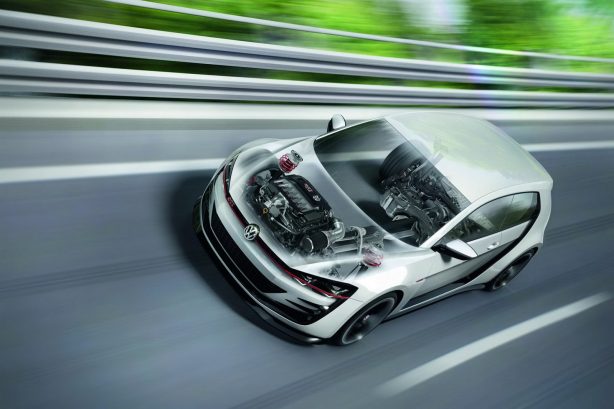 It seems Volkswagen is about to revive the VR6 engine family that used to power the range topping Golfs and Passats. After previewing it in the Volkswagen Design Vision GTI in May, sources from inside the company revealed to US-based site, Autoweek, that a new narrow-angle six-cylinder engine is in the works.

The project is said to be headed up by Volkswagen’s new head of engine development, Fritz Eichler, who was responsible for AMG’s current range of powerplant. 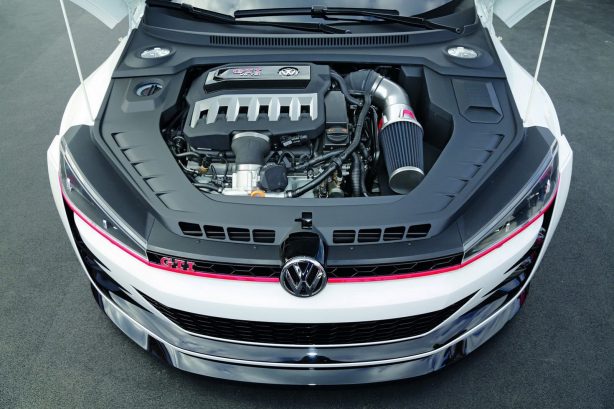 Unlike most V6 that are currently on the market, Volkswagen’s V6 uses a tight 15o angle between the cylinder banks to create a compact six-cylinder engine. It is smaller than comparable V6 and is significantly shorter than an inline-six design, making it suitable for transverse mountings.

The new 3.0-litre VR6 will use both direct-injection and turbocharging. Under the bonnet of the Design Vision GTI, it generates 370kW of power and 560Nm of torque. The final production engine’s output is likely to be toned down, with a target figure of around 250kW to 331kW. That will make it more powerful than VW’s hottest 2.0-litre turbocharged 4-cylinder engine in the Golf R. 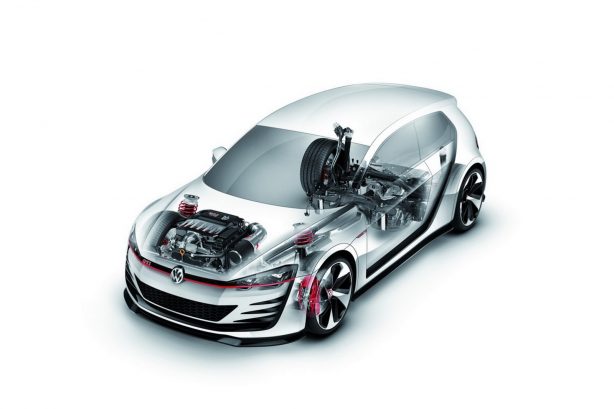 It should also be substantially more efficient than the company’s current crop of naturally-aspirated V6 currently use in the CC and Passat 4-Motion.

Could there be a Golf RS as some rumours have suggested? Tell us what you think in the comment below.