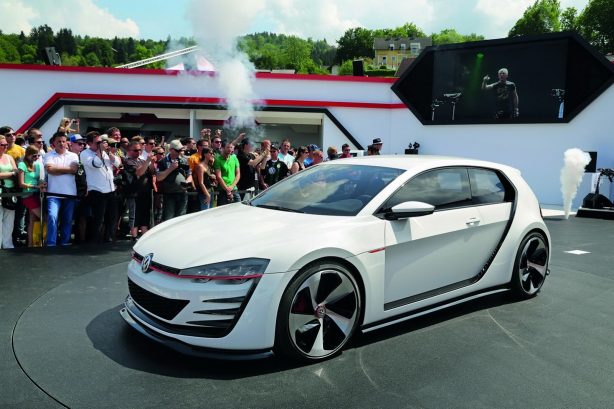 Shown for the first time at this year’s Wörthersee in Austria, it measures 15mm shorter, 71mm wider and 57mm lower than the standard Golf GTI. The aggressive body that blends exaggerated styling elements from the GTI, is pure magic. 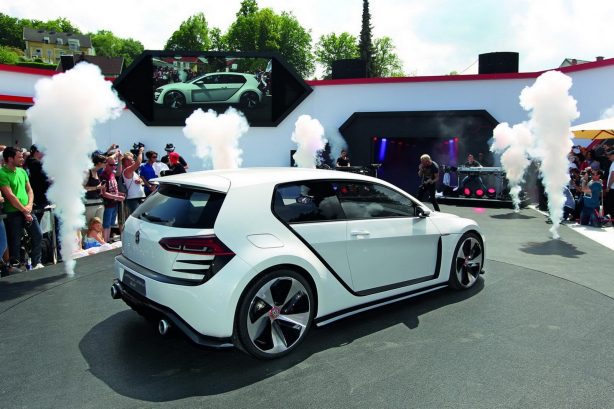 Unlike the GTI W12 from six years ago which sports a mid-mounted 12-cylinder engine, this time it carries a more ‘conventional’ front-mounted 3.0-litre twin-turbo V6 delivering 370kW (496hp) of power and 560Nm of torque.

Power is directed to all four wheels via Volkswagen’s twin-clutch transmission (DSG) and 4MOTION all-wheel drive system. Volkswagen says the “Super GTI” is able to storm from 0-100km/h in 3.9 seconds before reaching a top speed of 299km/h. 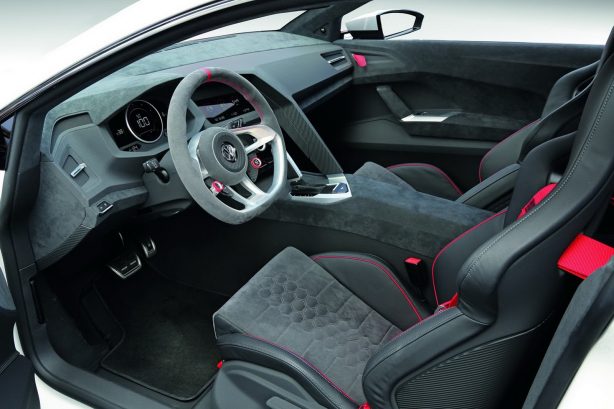 Inside, the GTI’s dash has been replaced with a more chiselled, Alcantara wrapped version, with the start button mounted on the steering wheel. The instruments are also fully digital.

Like the GTI W12, the Design Vision GTI is unlikely to make it to production. However, some elements of its styling or indeed technology could potentially find their way into future Volkswagen products.