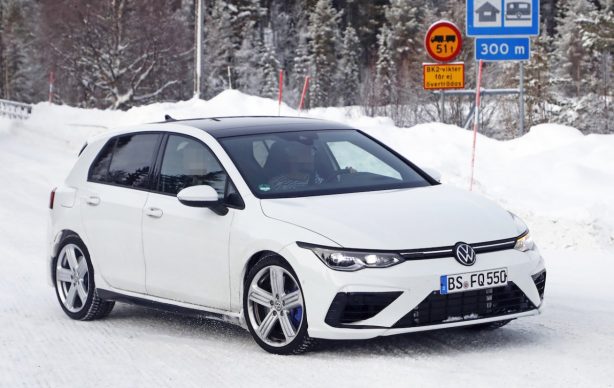 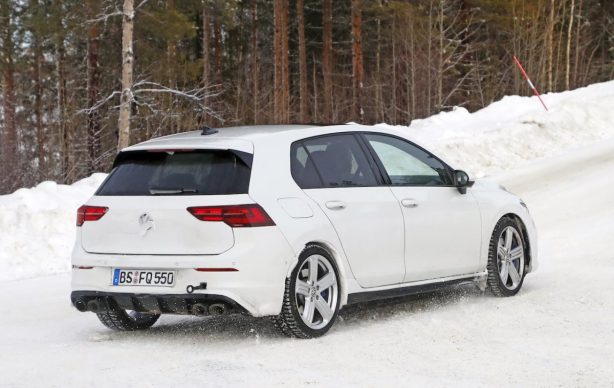 Caught winter testing in the wild, the new Golf R is once again an evolution of the current design, with all the R trademarks retained including the large corner air intake in the front bumper, deep rear diffuser, quad exhaust tips and prominent rear roof spoiler.

There also appears to beefier side skirts, as well as larger cross drilled brake discs clamped by blue brake callipers. 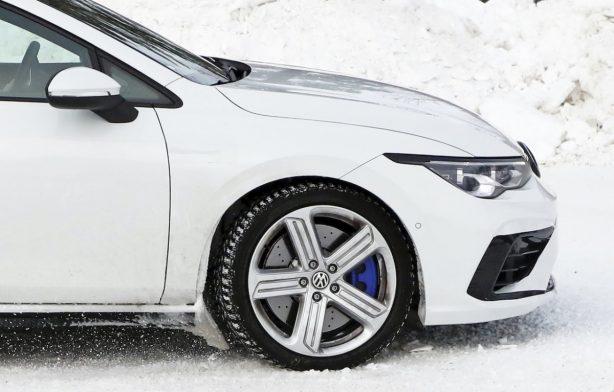 While the Mk8 Golf R’s interior has managed to escape the lenses of spy photographers, on closer inspection, the side view shot does partially reveal the hot hatch’s revamped dashboard with dual digital screens.

Official technical specification has yet to be released, but we can expect the new Golf R to boast an uprated 2.0-litre 4-cylinder turbocharged petrol engine that develops a potent 244kW (333 hp). The turbo four will be paired with VW’s 4Motion all-wheel drive and DSG dual clutch gearbox. The sprint from 0 to 100km/h is speculated to take just 4.6 seconds, en route to a top speed of 270km/h.

The 2021 Volkswagen Golf R is slated to make its global debut at next month’s Geneva Motor Show. More details to follow.